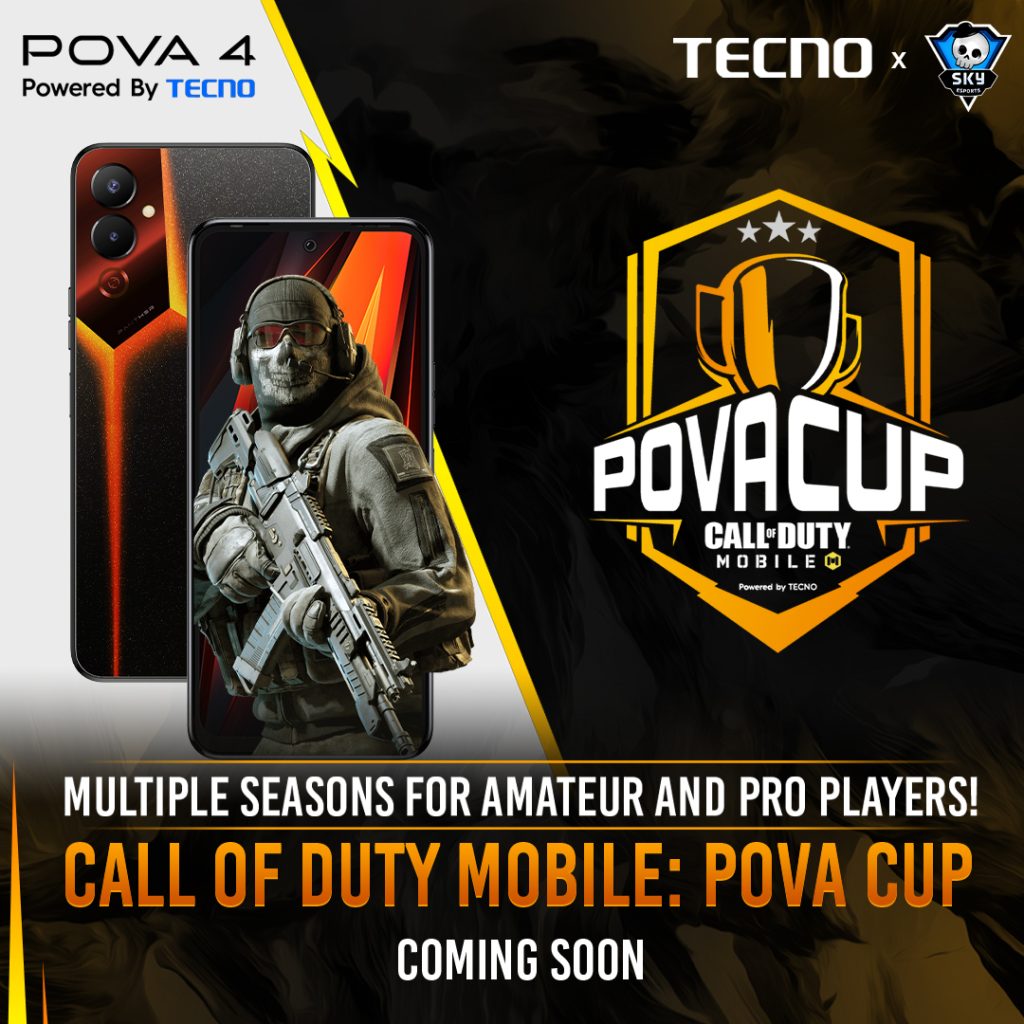 Throughout 2023, the two businesses will collaborate to host exciting Call of Duty: Mobile tournaments.

Call of Duty is a video game franchise developed and distributed by Activision. The mobile edition of the popular game franchise was released in 2019 and has since become one of the most popular multiplayer shooting games in India and the world.

Season 1 of the tournament will feature some of the best teams from across the country competing in an intense Call of Duty battle. In this gaming extravaganza, TECNO POVA smartphones would capture Skyesports’ grassroots-level penetration and elaborate esports events to develop a remarkable connection with Millennials who are passionate about mobile gaming.

Introducing CALL OF DUTY MOBILE: POVA CUP, powered by TECNO – A year-long CODM tournament for all the mobile gaming lovers in India! The two entities are collaborating together to conduct exciting four seasons of Call of Duty: Mobile tournaments throughout 2023. pic.twitter.com/9pm01ZfKTV

The Call of Duty Mobile POVA Cup will be one of the largest mobile shooter esports tournaments ever held in India. A year-long format spanning numerous seasons will provide both amateur and professional players the opportunity to refine their abilities and compete. At the end of 2023, these seasons will culminate in an epic grand final.

Additionally, the matches of the tournament will be live-streamed on Skyesports’ official social media channels in English, Hindi, Tamil, and Telugu so that gamers from all over the country can easily follow along.

According to the firm, India became the largest user of mobile games based on total downloads in fiscal year 2022. India’s market is currently three times that of the United States and roughly two and a half times that of China. Total game downloads have increased from 6.5 billion to 15 billion since 2020. In 2022, India had the greatest percentage of game downloads (17%) worldwide, TECNO added.

TECNO mentioned that it will soon announce the Season 1 participation details in January 2023.

In the current fiscal, India witnessed more than 50 crore citizens taking up gaming, which also means a noteworthy 12% increase from last year. India’s gaming sector registered a whopping $2.6 billion growth and is further expected to grow by 27% to reach the mark of $8.6 billion. Noticing the consumers’ shift towards mobile gaming, TECNO strengthened its POVA range of smartphones and drove the revolution by providing feature-rich gaming devices under the same.

POVA as a product line resonates with the trinity of speed, power and performance and encourages Zillenials to ‘Stop At Nothing’ and continue to hustle. Call of Duty Mobile POVA cup is an Annual property, which we have created in partnership with Skyesports to grow a community of mobile gaming lovers and offer a performance rich immersive experience to avid gamers on POVA devices.

We are very excited to collaborate with TECNO POVA and to execute the Call of Duty Mobile POVA Cup. India has more than 396 million gamers, who spend an average of 14 hours per week gaming. Thus, such a partnership will enable TECNO POVA to directly spotlight its smartphones throughout the year to a young and tech-savvy audience. The tournament will also elevate the esports scene of the game from the grassroots level and offer continuous action for fans and players of the game alike.

I see this partnership as an event to showcase the growth, reach and power of our gaming sector. Call of Duty is the perfect game for this partnership- a high octane game that is thrilling to play and watch. Tecno and Skyesports will work to make it a memorable experience for all the participants and viewers worldwide. Can’t wait for the fans and gamers to turn up and soak in this unique experience.