The HUAWEI Mate 50 series will be introduced in new product autumn conference scheduled to take place on September 6, 2022, according to an official announcement made by the company. The conference will have the theme “break out of the dawn, meet at the peak.”

An additional poster was also shared, and it is highly possible that the golden ring on the image shared will become the most noticeable feature of the camera module found on the back of the HUAWEI Mate 50 Pro, similar to the Mate 40 series. Recently, HUAWEI introduced the HarmonyOS 3 operating system as well.

It is important to keep in mind that it will be the first smartphone launch following a sabbatical of two years from the Mate series of smartphones. This is owing to the fact that HUAWEI released their Mate 40 series for the final time in 2020.

The consumer chief, on the other hand, gave customers reason to believe that the incoming HUAWEI Mate 50 series will introduce some incredible technologies at the yearly flagship launch ceremony. Furthermore, he talked about the company’s challenges in creating this flagship item over the course of the previous year.

Additionally, the Mate smartphone from HUAWEI is celebrating its tenth anniversary this year. HUAWEI formally assembled an assessment of Mate’s ten-year history. 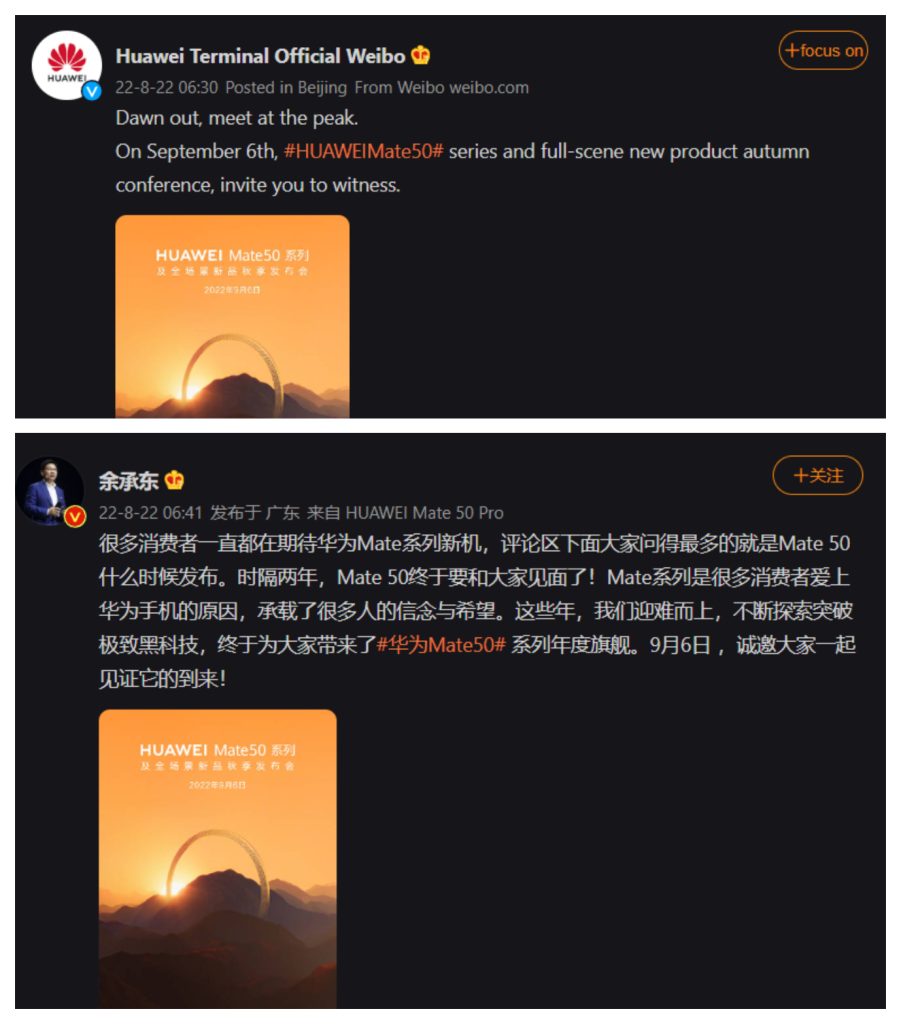 lthough HUAWEI has not yet disclosed any information about the features and specifications of its next smartphone, there will undoubtedly be much to learn in the coming days.

Many consumers have been looking forward to the new Huawei Mate series, and the most asked question in the comment area is when the Mate 50 will be released. After two years, Mate 50 is finally going to meet you! The Mate series is the reason why many consumers fall in love with Huawei mobile phones, and it carries the belief and hope of many people.

Over the years, we have faced difficulties, constantly explored and broken through the ultimate black technology, and finally brought you the annual flagship of the #HUAWEIMate50# series. On September 6th, we sincerely invite everyone to witness its arrival!