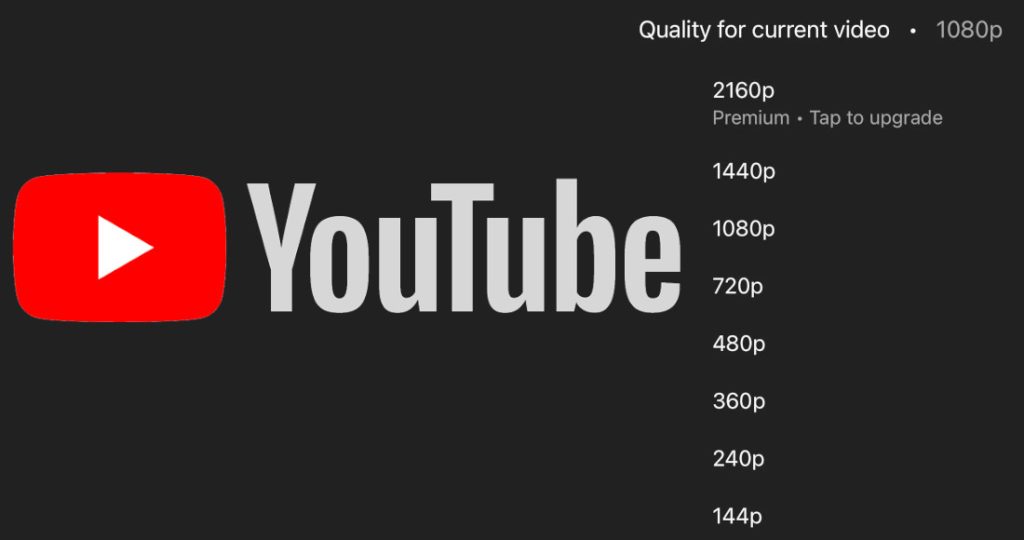 YouTube is experimenting with placing its 4K content under a YouTube Premium membership. Several users reported witnessing playback of 2160p HD video restricted with wording designating it as a paid feature in recent weeks.

YouTube has recently clarified through Twitter that individuals who saw the new limits were taking part in an experiment to fully explain the feature preference of Premium as well as non-Premium viewers.

It’s unclear whether YouTube will actually limit every non-Premium user to 1440p video quality, but the business is asking users to provide input on the restrictions so that the Google subsidiary could “improve.”

The service includes YouTube Music Premium, in-app downloads, background play, and, most crucially, ad-free viewing. YouTube has a history of aggressive advertising, with earlier experiments noting that in a prior test, the corporation placed up to 10 or 12 unskippable bumper ads on a single video.

As of 2021, it was predicted that YouTube would have 2.24 billion users around the globe, with only about 50 million of those users paying for access to YouTube Premium or YouTube Music. After seeing a recent profit decline, Google might stand to gain a substantial amount of money from these upsells.

Some YouTube viewers may be reluctant to upgrade to Premium if Google follows through on a plan to limit them to videos at 1080p resolution, complete with ads. This is especially true as the prevalence of TVs with 4K resolution has increased.

It looks like your part of our experiment to know better the feature preferences Premium & non-Premium viewers. if you have more thoughts in mind, you can share it here so we can make improvements.