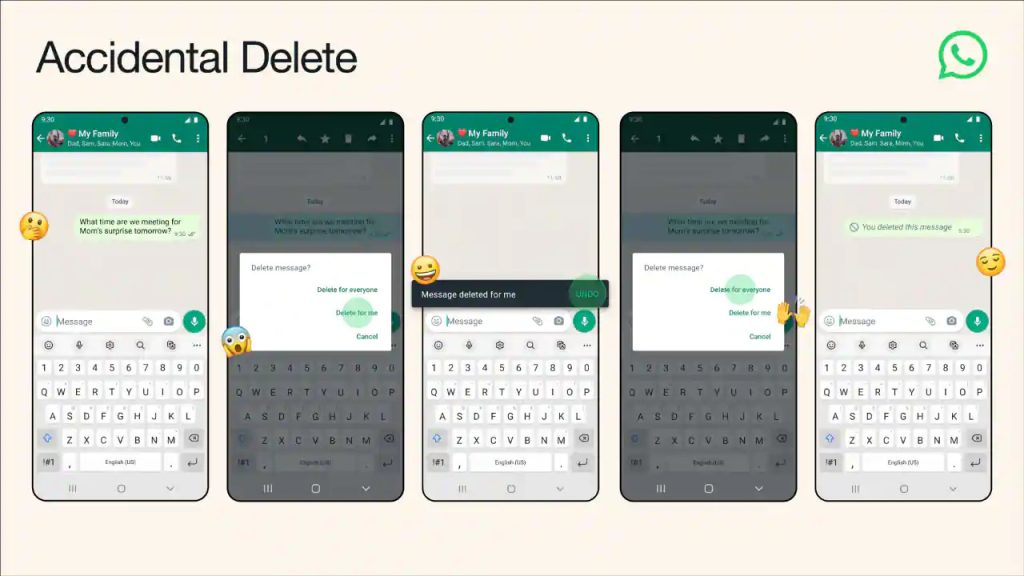 Ever since WhatsApp beta v2.22.18.13, the firm has been testing a feature that lets users undo deleted messages. Now this feature, dubbed “Accidental Delete,” is rolling out to a wider audience via a stable version for both Android and iOS applications.

This is a long-awaited and much-needed feature. Previously, if you tapped “delete for me” instead of “delete for everyone,” we had no other option, which affects users, especially when they share an incorrect message in WhatsApp groups and want to delete it for everyone.

Now, when you use the “delete for me” option, this new feature will let you undo messages that have been deleted. When you delete a message by tapping “delete for me,” as shown in the screenshot, WhatsApp tells you at the bottom of the screen that you could undo the deletion if you made a mistake.

You’ll have a five-second window to stop the process, which will let you get the message back and, if you want, delete it for everyone. Do note that, in order for messages to be successfully deleted for everyone, you and the recipients must be using the latest version of WhatsApp.