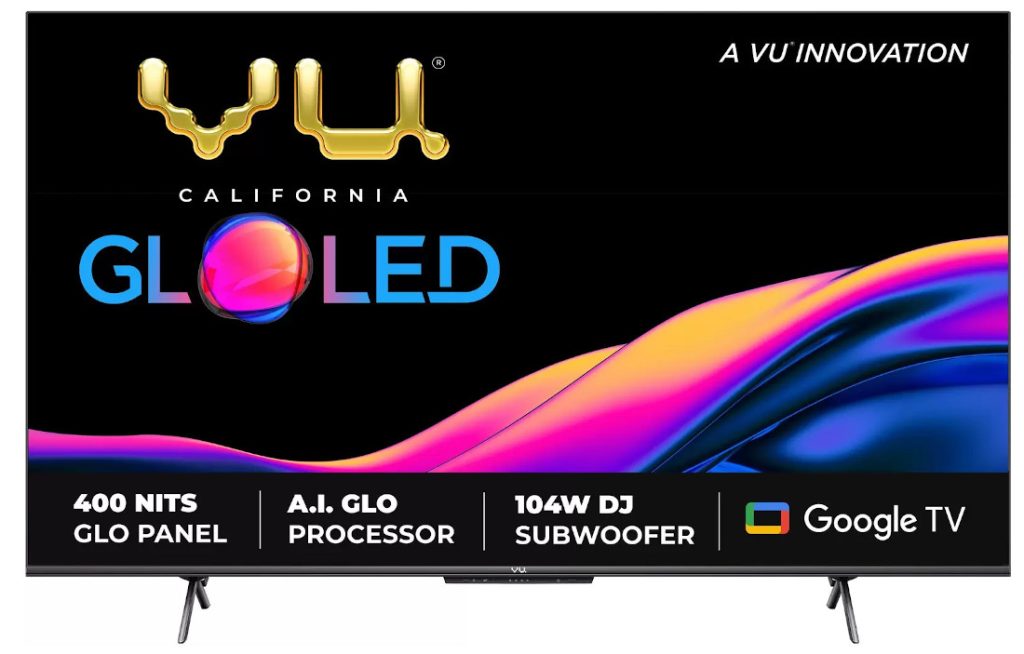 After the launch of Masterpiece Glo TV QLED models earlier this year, Vu has launched the Vu GloLED 50″, 55″ and 65″ LED TVs with Google TV in the country. These offers 104 watts of sound output with an in-built DJ class subwoofer particularly developed to fit inside the compact frame. The company said that it does not vibrate or crackle even when the volume is set to 100%. 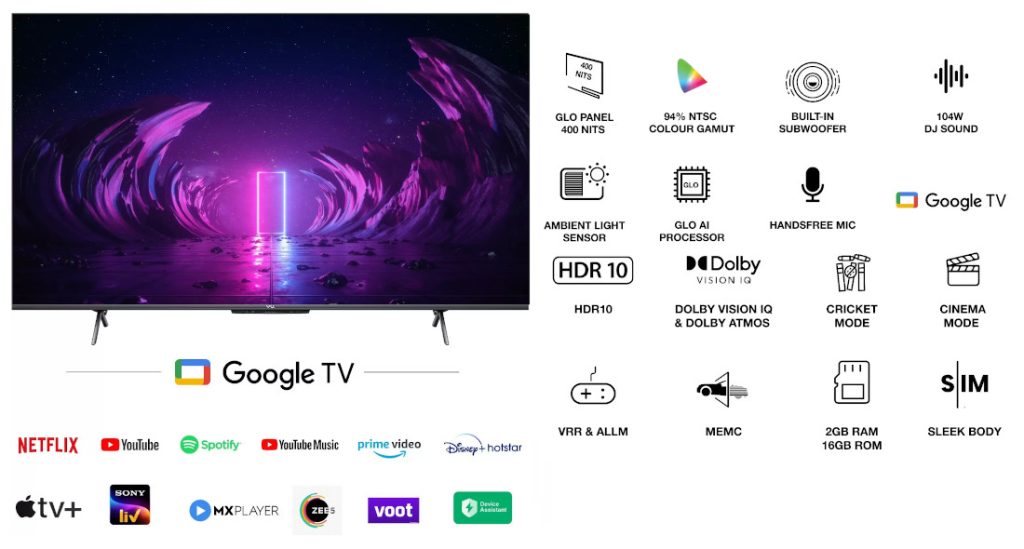 The TVs feature a hands-free far-field microphone that enables speech search and voice control without requiring you to hold the device near your mouth while communicating. The panel has 400 nits of brightness, comes with Dolby Vision, Glo AI processor, in addition to a quad-core processor and also has Dolby Atmos.

These feature Cricket mode, Cinema mode and feature an ambient light sensor that constantly modifies the display to match the content according to the light in the room.

Commenting on the launch, Devita Saraf, Chairman and CEO of Vu Technologies, said:

For over a decade, Vu Televisions has launched the latest innovations in televisions and displays in the India. The Vu Masterpiece Glo TV, which was launched in March 2022, has been delivered to more than 9,000 customers across India (at an average price of Rs.1 lakhs per unit) and is the largest selling QLED television online. We kept getting feedback from our customers asking for a similar kind of product, but based on a budget-friendly 4K LED panel.

Hence, we developed the Vu GloLED TV, which uses Glo panel originally developed for QLEDs on a 4K LED panel. The Glo panel with the Glo AI processor has an NTSC colour gamut that is close to that of an OLED TV and 4.5 times better than that of a standard 4K TV. Moreover, we’ve added the award-winning audio features that were available in our Masterpiece Glo range to the Vu GloLED TV.

We’ve also closely worked with Google to bring the latest Google TV OS, and we can confidently say that the Vu GloLED TV is the best Google TV out there, right from picture quality, audio capabilities, processing speed and customer centric features. Vu GloLED TV is the only Google TV in the world with Advanced Cricket Mode and Cinema Mode developed at Vu’s New Product Development labs in India for the world.