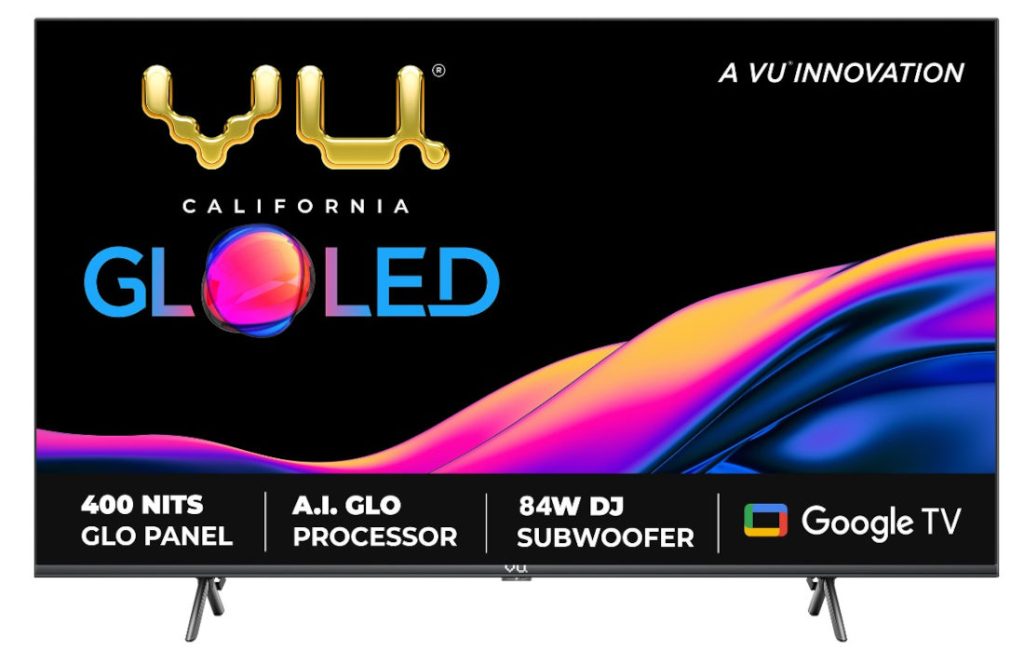 After the launch of Vu GloLED 50″, 55″ and 65″ 4K TV models in September, Vu has launched the Vu GloLED 43″ 4K model in the country, as it had promised. It offers 84 watts of sound output with an in-built DJ class subwoofer particularly developed to fit inside the compact frame. The company said that it does not vibrate or crackle even when the volume is set to 100%.

The Vu GloLED TV has a frameless design, maximizing the viewing area. The DJ subwoofer has been specially built to fit into the sleek frame of the Vu GloLED TV without any audio crackling. 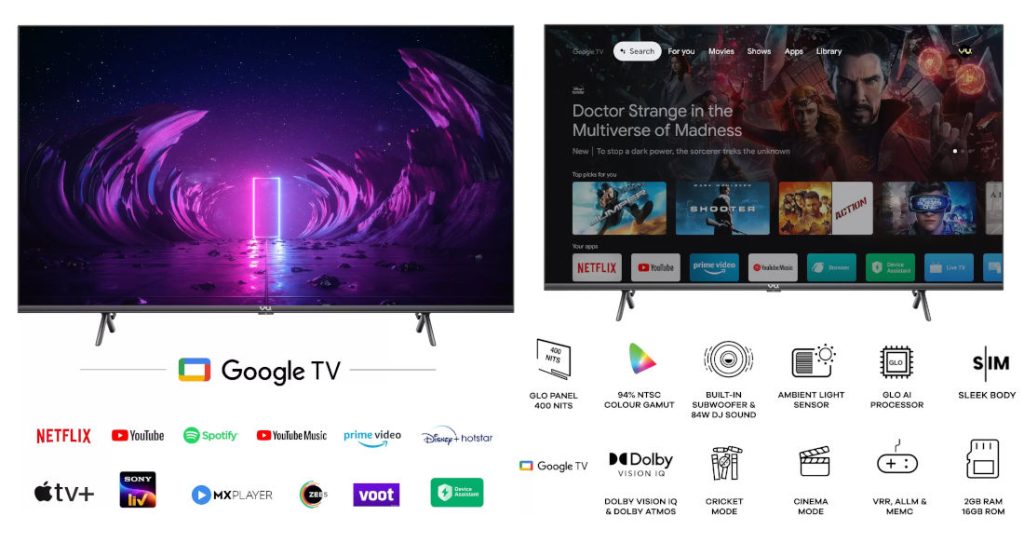 The Vu GloLED TV 43″ is priced at Rs. 29,999 and will be available from Flipkart starting from November 27th.

Commenting on the launch, Devita Saraf, Chairman and CEO of Vu Technologies, said:

In just 2 months we have sold 46675 units of the Vu GloLED TV, with a projected 2 lakh units in 2023. It has received an outstanding 4.4-star rating and 4635 reviews on Flipkart. 2022 has been a fabulous year with nearly a half a million Vu TVs sold till date. After the launch of Vu GloLED TV, I have been getting lot of messages from the customers over social media regarding when are we launching Vu GloLED TV in 43inch. We are excited to inform all the customers that 43-inch Vu GloLED TV will now be available from 27th Nov 12noon onwards.