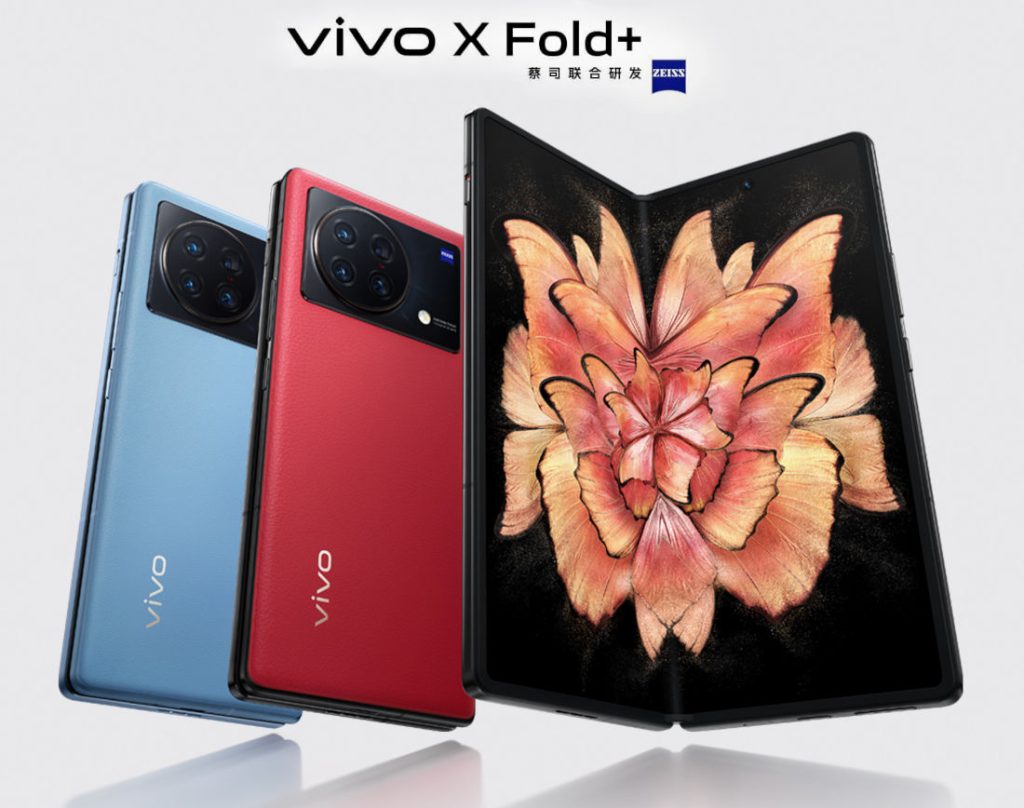 After rumours, vivo today officially confirmed that it will introduce the vivo X Fold+ foldable phone in China on September 26th. This comes after the launch of X Fold in April. Based on earlier rumours, it will retain the 120Hz refresh rate AMOLED screen on the inside and the outside and feature an ultrasonic fingerprint scanner for both.

The phone will feature an aerospace-grade floating wing hinge to withstand 300,000 (TÜV-certified) folds. The hinge will also let you use the screen in 30 degrees, 90 degrees, and 120 degrees.

Compared to 4600mAh battery in the Fold, the Fold+ is said to feature a 4730mAh battery with support for 80W wired charging compared to 66W while retaining the 50W wireless fast charging.

The vivo X Fold+ will come in Blue and Red colours, and should know the price when it goes official next week.