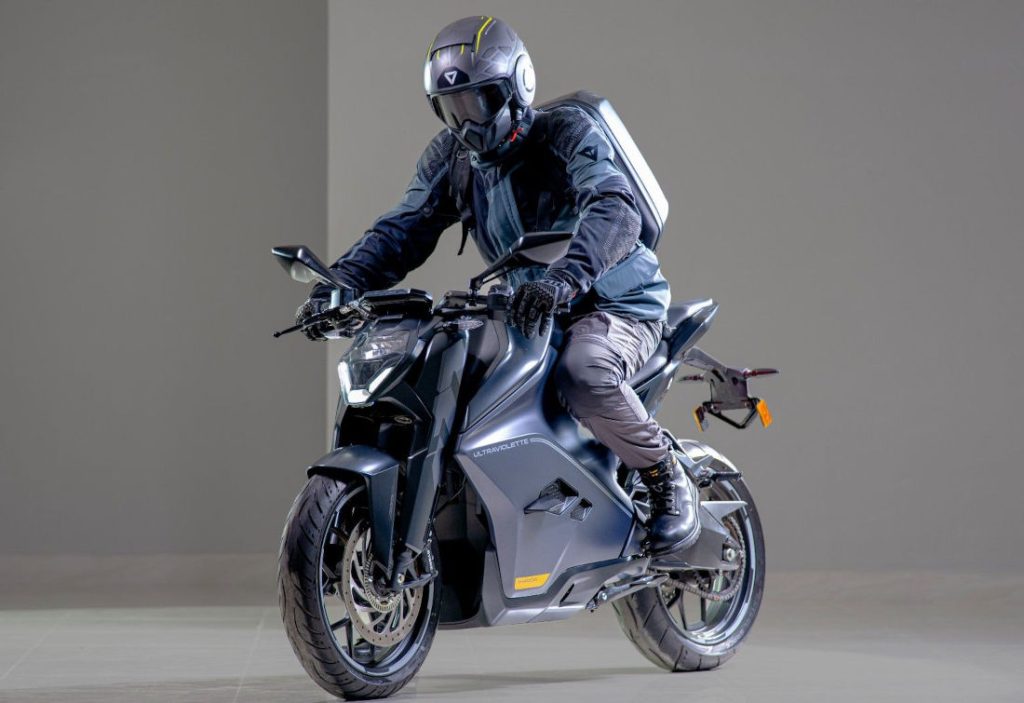 Bengaluru-based EV start-up Ultraviolette Automotive has just launched its first product, the F77 electric motorcycle, in India. The updated frame, swingarm, and newly created batteries were all displayed in Ultraviolette’s demonstration of the F77. The F77 and the F77 Recon models will both be available for purchase.

Additionally, there will be a limited-edition F77, of which only 77 units will be manufactured. For exclusivity, these models will have numbers ranging from 001 to 077. Each of the three finishes for the F77 models—Airstrike, Shadow, and Laser—has been specifically created, according to the manufacturer, to express a distinct identity and personality.

This is the Gen2 F77, which now has a fixed 10.5 kWh battery with 2.5 times the battery capacity. This makes it the electric two-wheeler with the highest battery capacity in the country. Ultraviolette claims to have made numerous improvements to the battery architecture. The corporation has switched from an 18,650 format to a 21,700 format, which resulted in higher volume optimization. 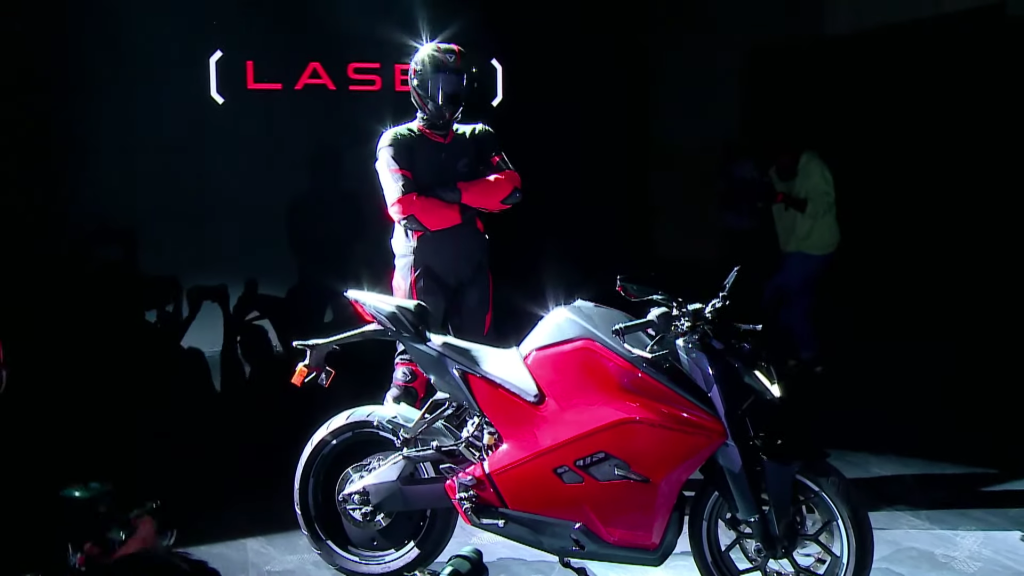 The battery pack has also received an aluminium casing, and its weight has increased by 50 kg. In contrast, the Gen 1 version comprised three detachable and removable battery packs, as opposed to the presently fixed unit.

Each model of the F77 has unique aspects and a different operational range. Additionally, the company provides two types of chargers: regular and boost, which charge the motorcycle at 36 km/h and 70 km/h, respectively.

The motorcycle has an attractive, modern appearance with several cuts and curves. Ultraviolette claims that the complete motorcycle lacks visible screws and nuts, which says much about its design. The F77 also features the company’s unique light design. 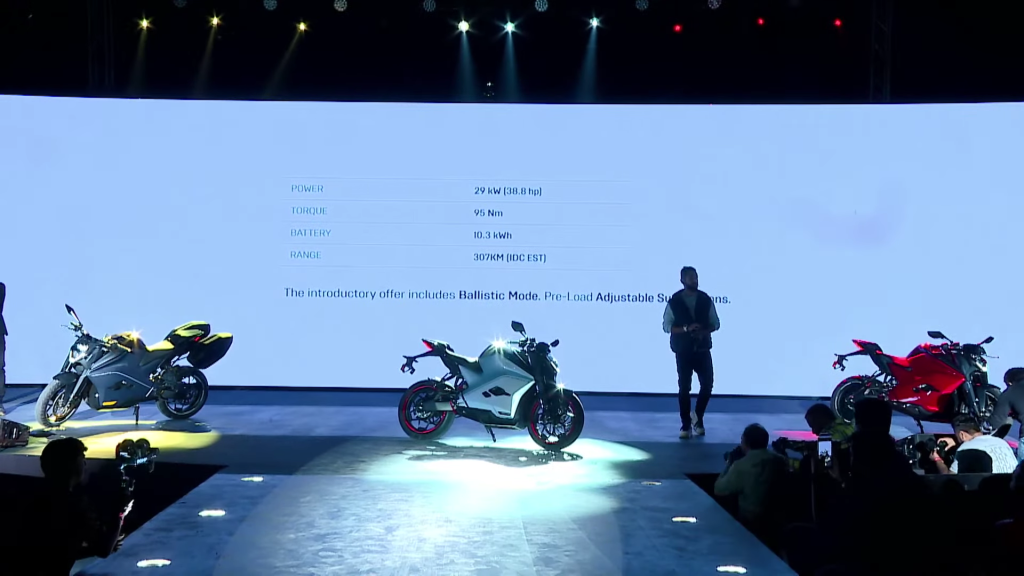 According to Ultraviolette, the F77 has undergone tens of thousands of kilometres of testing, including intensive simulation, dyno testing, and on-road testing. The business has also conducted accelerated ageing but also thermal stress tests on the battery.

In addition, the F77 is loaded with hardware and software technologies such as dual-channel ABS, adjustable suspension, and multiple drive modes—glide, combat, and ballistic—as well as regenerative braking. Over the past year, Ultraviolette has put the F77 through its paces on a variety of terrains and weather conditions across the country. 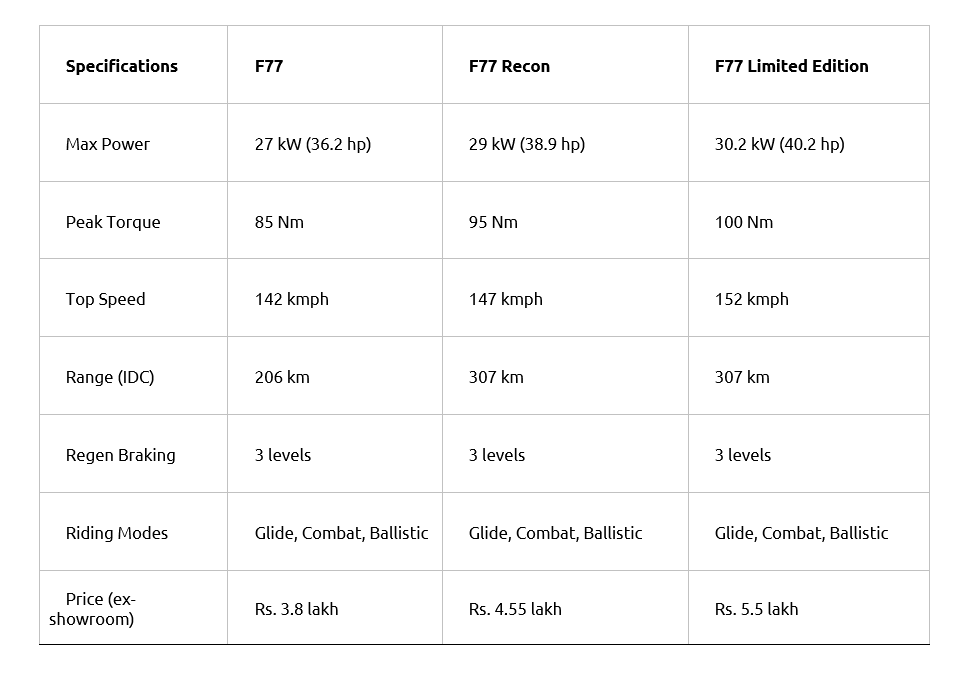 Pre-bookings for the F77 already began on October 23, 2022, for a token price of Rs. 10,000. Furthermore, the roll-out will begin in Bengaluru first, followed by other states.

You can select the models from Ultraviolette Automotive website starting from today, November 25th at 6PM.

Ultraviolette has announced that the F77 electric motorcycle will be delivered in three phases.