Uber has started its Uber Electric pilot program in India, starting with select places in Delhi-NCR region. The company plans to its EV service to other cities in the coming months. Back in 2017, the company announced a partnership with Mahindra to deploy electric vehicles on its platform in several cities across India, but it didn’t continue it. 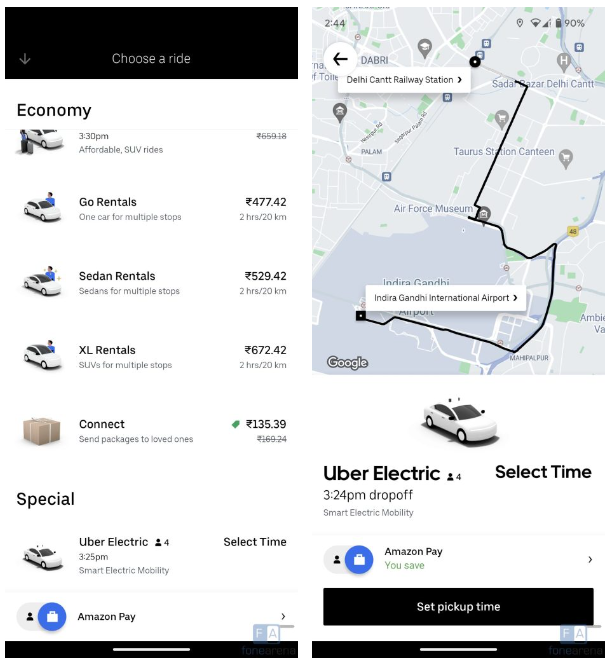 There is an option to select Uber Electric in the Special option when you request your ride, but you can only schedule the ride and can’t request an electric cab immediately.

Uber did not reveal the number of electric cabs that are operational in India, but it confirmed that it is working with multiple fleet partners, OEMs and providers of charging infrastructure to build its EV business.

Regarding Uber Electric, which is also called Uber Green in some places, Uber on its site says:

In many cities around the world, more electric mobility is cleaner mobility. This means less local pollution and fewer climate-related emissions for cities, especially where electricity grids include an increasing share of renewable energy.

In a statement to TechCrunch who first reported this story, Uber said:

As the leading mobility app in India, we are committed to supporting the Indian government’s emission goals. Expect to see more electric vehicles — be they two, three or four-wheeled — across Indian cities in the coming months.