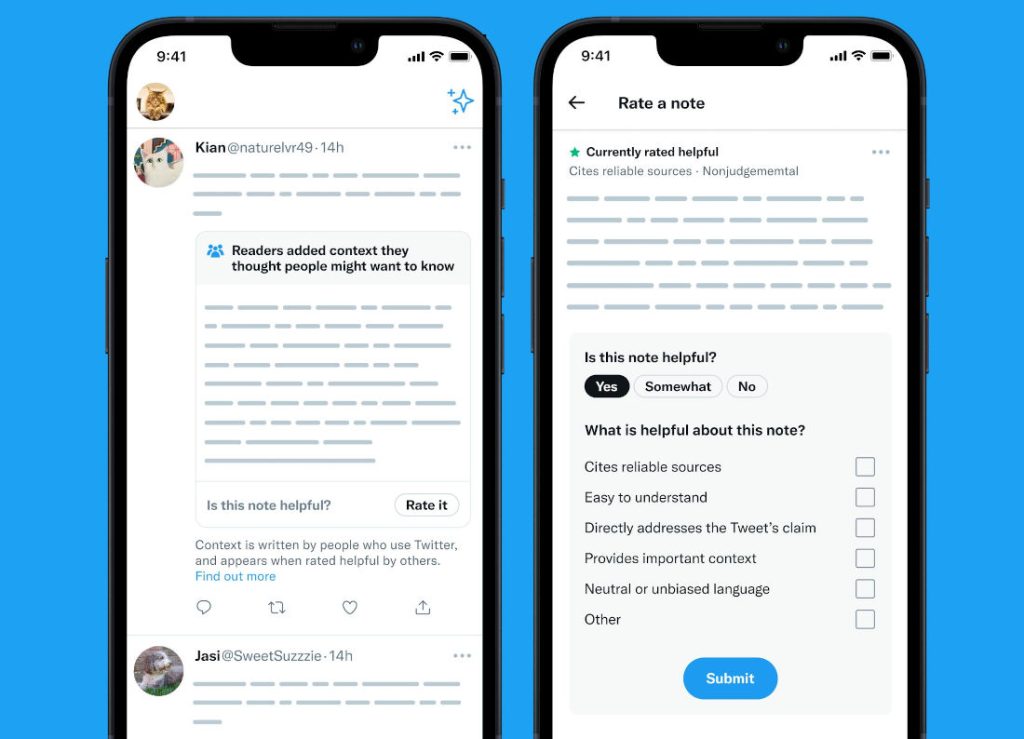 Twitter has announced that it has started rolling out Community Notes, a feature that lets people on Twitter to collaboratively add helpful notes to Tweets that might be misleading. This was introduced last year as Birdwatch.

People everywhere can now see and rate notes, helping to ensure notes are helpful to those from a wide range of views. pic.twitter.com/m0Ie4Q7GcN

Twitter said that people around the world who want to have additional impact—including writing notes—can now sign up for the service here.

As a Tweet author, if there is a note on your Tweet, and you disagree that a note provides important context about your Tweet, you can request additional review.

The company said that it doesn’t write, rate or moderate notes (unless they break the Twitter rules.)

We believe giving people a voice to make these choices together is a fair and effective way to add information that helps people stay better informed.