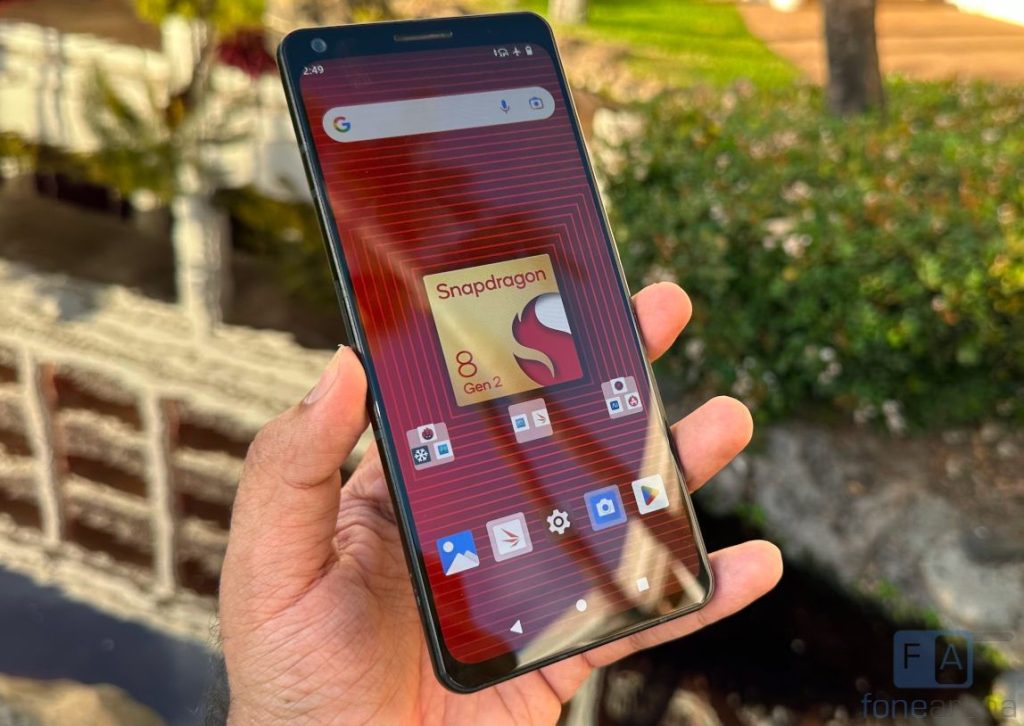 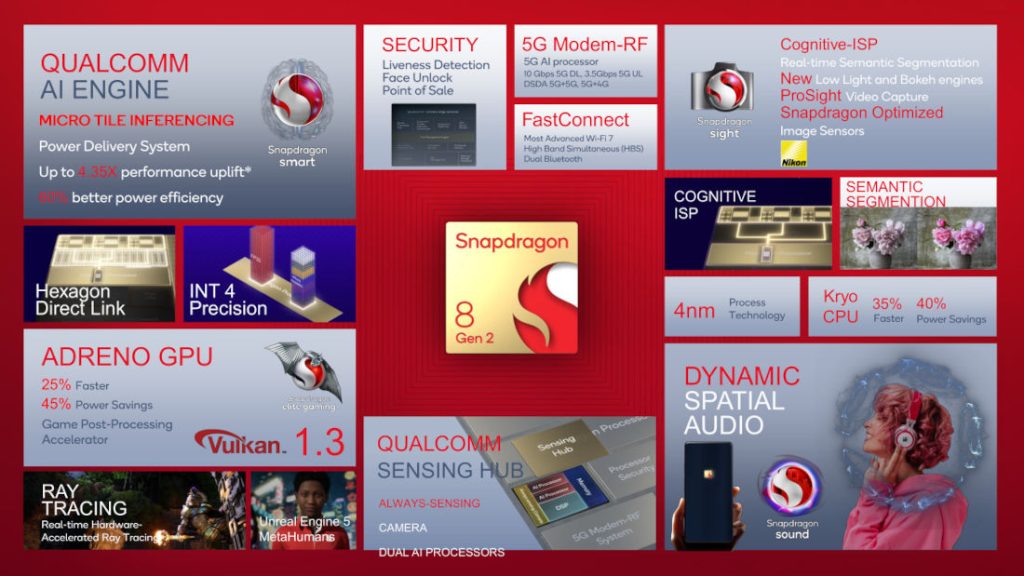 It is fabricated using the TSMC 4nm Process Technology. We got to check out the smartphone at the event, and here are the official benchmark scores.

Compared to the predecessor, the new Kryo CPU based on latest ARM-V9 architecture promises 35% performance improvements and 40% improved power efficiency. 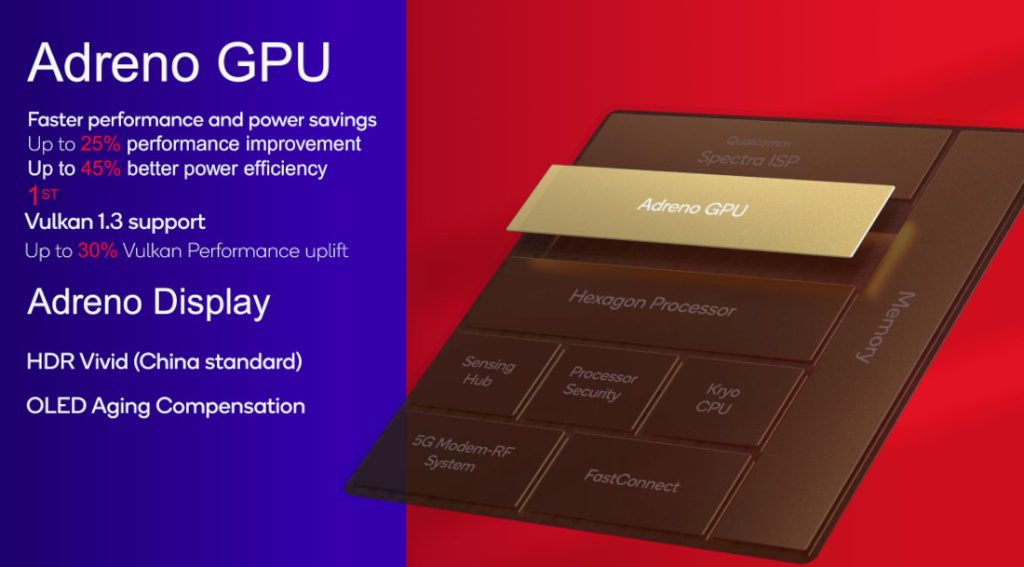 The new Adreno GPU that promises up to 25% faster performance, with up to 45% better power efficiency compared to the predecessor. It is also the first chip to support Vulkan 1.3 API and hardware-accelerated ray tracing in mobile games.

The Snapdragon 8 Gen 2 reference device has a FHD+ 144Hz screen, 12GB LPDDR5x and 256GB UFS 4.0 storage. Here is the benchmark comparison. The values are provided by Qualcomm, and the final scores are an average from three iterations. 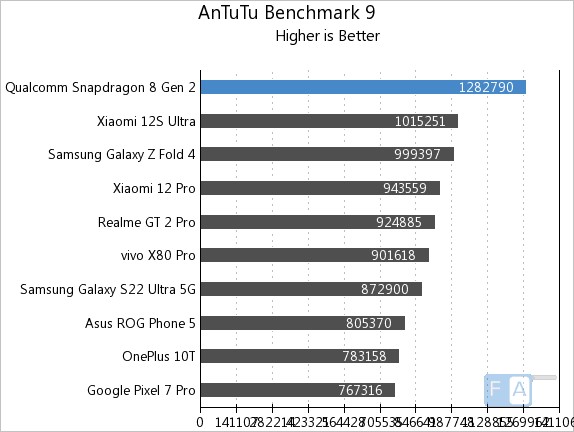 The Snapdragon 8 Gen 2 tops the AnTuTu 9 benchmark clocking, 1282790 or 1.28 million points. This beats the Xiaomi 12S Ultra’s score, according to our test earlier this year. The vivo X90 powered by Dimensity 9200 scores 1194521 points, according to official AnTuTu scores. 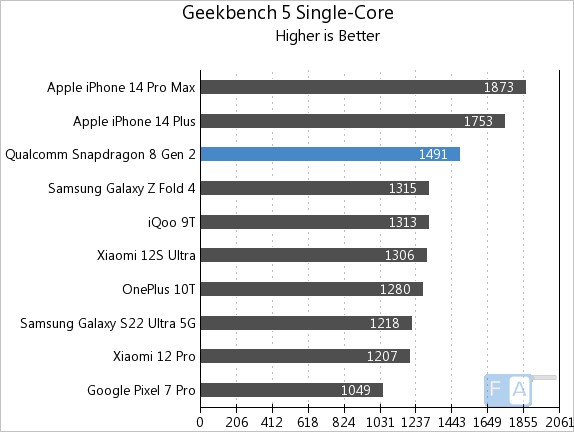 Score from the iPhone 14 Pro Max powered by Apple A16 Bionic and the iPhone 14 Plus powered by A15 Bionic are better than the Snapdragon 8 Gen 2 in the Geekbench 5 Single-Core CPU benchmark, but compared to older Android phones, this is better. 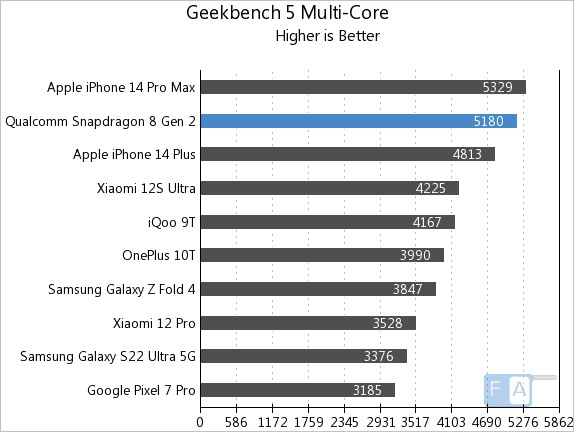 The latest iPhone 14 Pro Max tops the Geekbench 5 Multi-Core CPU benchmark chart, but the Snapdragon 8 Gen 2 is just behind, closing the gap. However, it is better than the iPhone 14 Plus, powered by last year’s A15 Bionic chip. The flagship Snapdragon chip is way ahead of older Snapdragon 8 Gen 1 and 8+ Gen 1 chips.

According to Xiaomi’s teaser, the Xiaomi 13 powered by Snapdragon 8 Gen 2 with LPDDR5X 8533Mbps RAM and UFS 4.0 storage scored 5289 points on Geekbench Multi-Core benchmark, which is better than the Snapdragon 8 Gen 2 reference device that we have. This is 37% better compared to Apple A16 Bionic, says the company.

Here are the values from other benchmarks shared to Qualcomm

These values are considerable better than the Snapdragon 8 Gen 1 and also beats the Apple 16 Bionic in GPU benchmarks, and Xiaomi teases that the Xiaomi 13’s GPU is 42% better than the Apple A16 SoC when you consider GFXBench Aztec Ruins Vulkan (Normal Tier) Offscreen (1080p) benchmark. 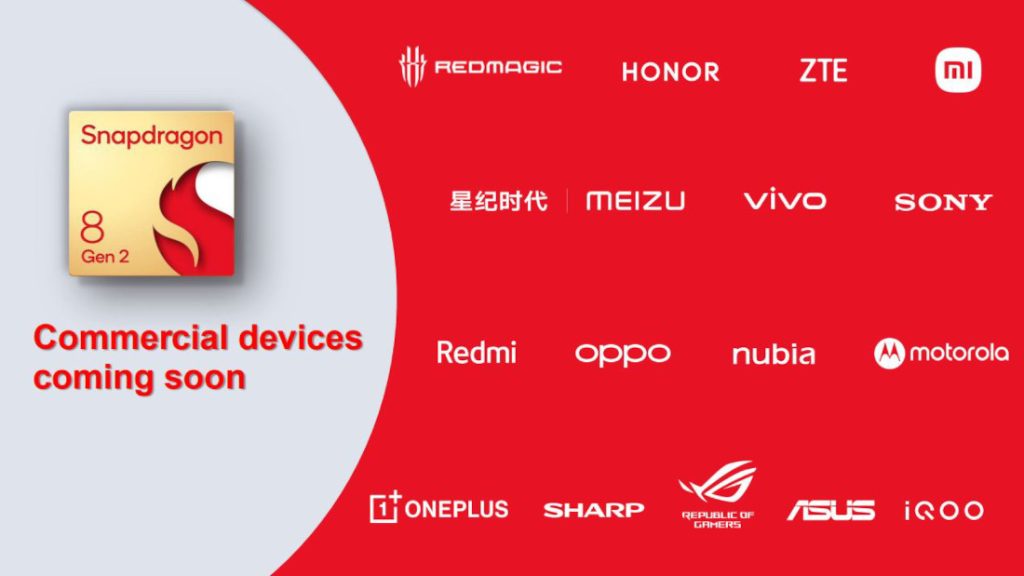 Qualcomm already confirmed that devices based on Snapdragon 8 Gen 2 will start rolling out soon. The Xiaomi 13 series which will be introduced this December should be the first phone to be official powered by the latest flagship Snapdragon 8 series chip, even though vivo has already introduced the X90 Pro+ last week.