The Samsung Galaxy M23 5G is racking up certifications for its imminent launch shortly. The device has been spotted on Bluetooth SIG, FCC, and MySmartPriceGeekbench. From the above listings, we gathered some details about the phone, such as that it runs on SM-M236B, a Snapdragon 750G chip. Let’s see what else we discovered.

But first, scan your eyes over the latest FCC listing spotted of this phone –

Samsung Galaxy M23 5G: What we know so far

Before we get into the expected specifications, we should note that this phone could be released in some markets as the Galaxy F23. That puts an end to everything we know. 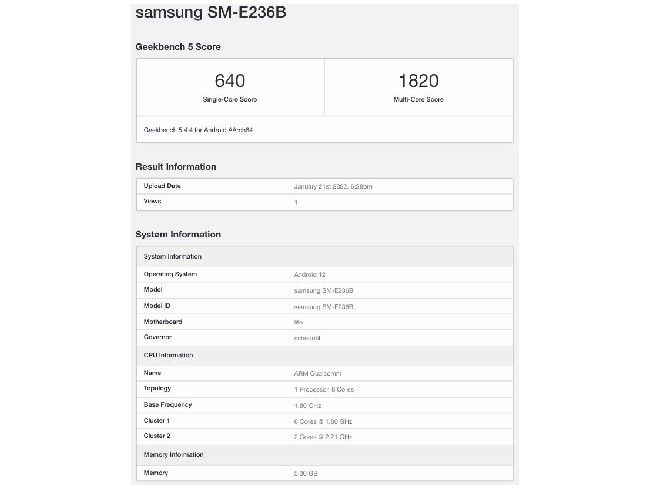 A Geekbench listing reveals that the Galaxy M23 will likely run on a Qualcomm Snapdragon 750G. This is an octa-core chipset manufactured using an 8nm process and consists of two Cortex-A77 cores running at up to 2.2GHz and six efficient Cortex-A55 cores clocked at up to 1.8GHz. An Adreno 619 GPU and an integrated Qualcomm X52 5G modem are also available. 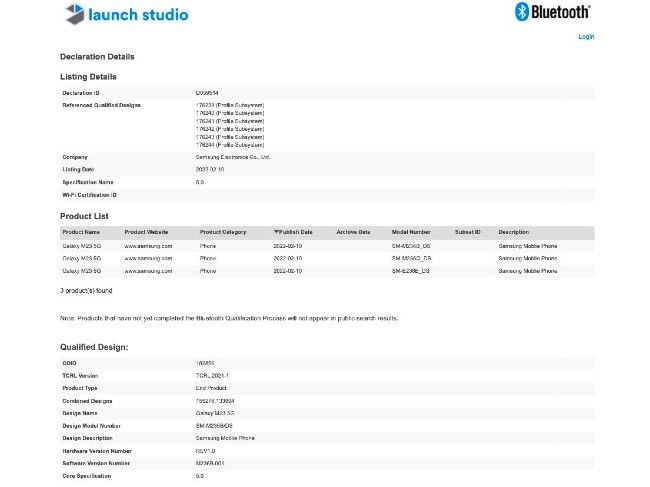 Other expected specs include 6GB of RAM and Android 12 software with One UI Skin.

That’s all we have for now. But we’ll probably know more about the device in the days leading up to its launch.