Update: Samsung has confirmed the launch of Galaxy F04 smartphone in India on January 4th on Flipkart. It also said that the phone has a stylish glossy design as well as Jade Purple and Opal green colours. 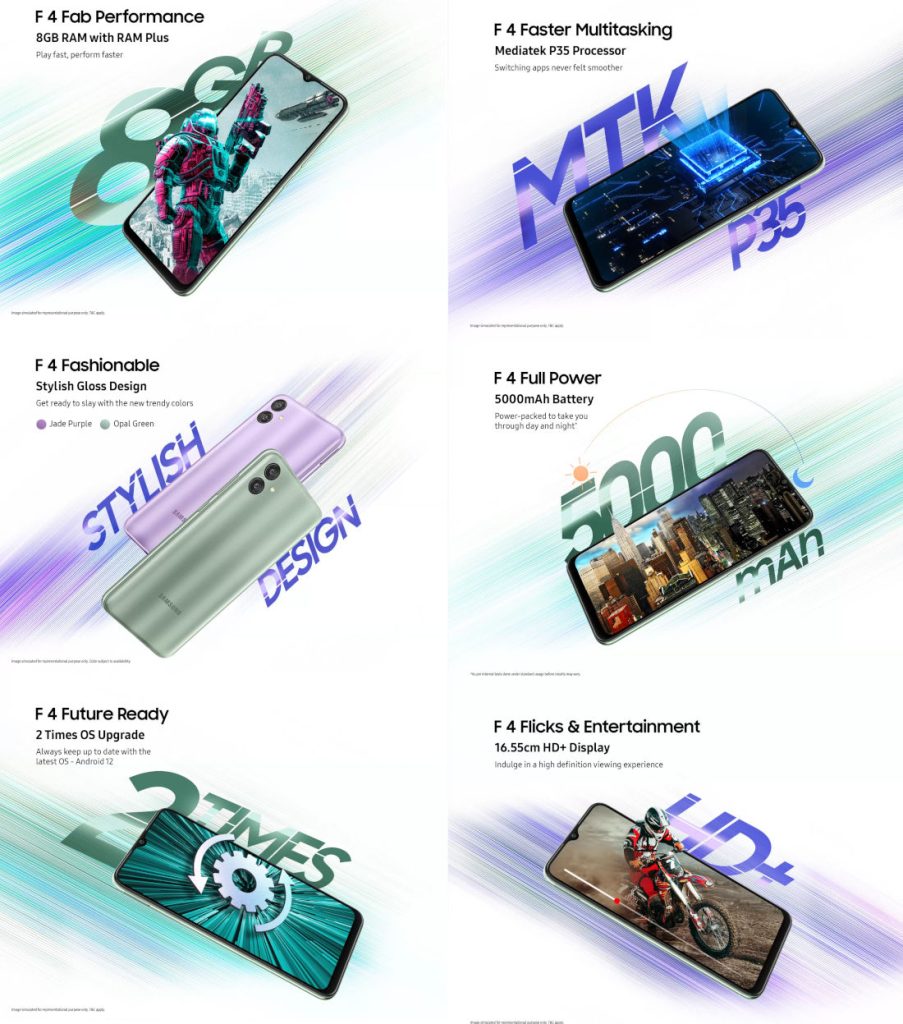 The phone runs Android 12, and will get two OS updates. As expected, it will feature a 6.5-inch HD+ Infinity-V display, will be MediaTek Helio P35 SoC with 4GB of RAM with additional 4GB of virtual RAM with RAM Plus features, and pack a 5000mAh battery.

Earlier: After the launch of Galaxy M04, A04 and A04e smartphones in India earlier this month, Samsung is all set to launch the Galaxy F04 smartphone in the country in early 2022, according to the latest IANS report. 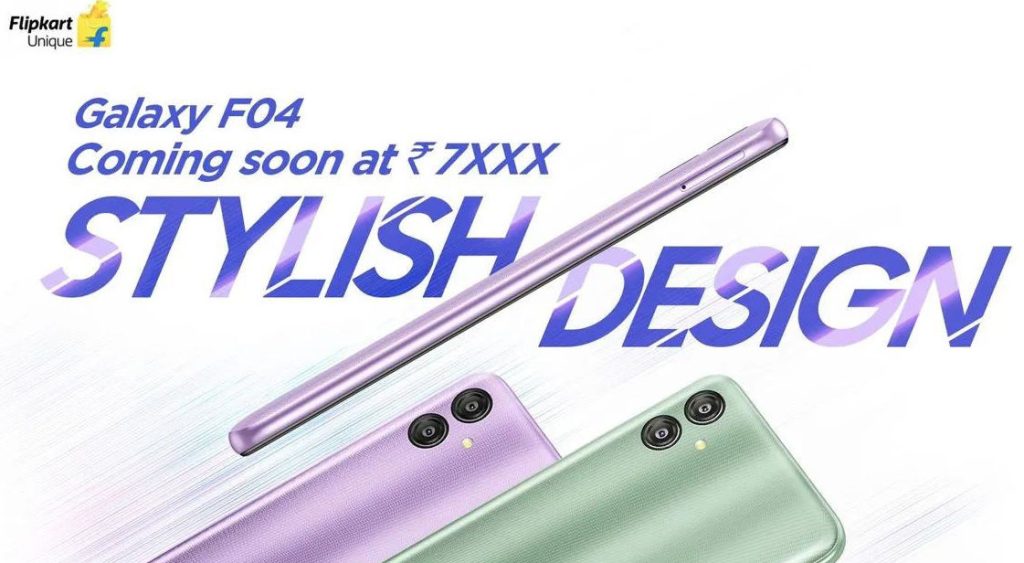 The report adds that the phone will feature a 6.5-inch screen, dual rear cameras and up to 4GB of RAM and 4GB of additional virtual RAM with the RAM plus feature. It also says that the phone will have a stylish design, long-lasting battery and powerful features at an affordable price point.

To remind you, the Galaxy M04 has a 6.5-inch HD+ Infinity-V display, is powered by MediaTek Helio P35 SoC with 4GB of RAM with additional 4GB of virtual RAM with RAM Plus features, has a 13MP main + 2MP depth camera, a 5MP front camera and a 5000mAh battery.

The Samsung Galaxy F04 is expected to be priced around Rs 8,000, which is similar to the Galaxy M04. This should be the cheapest smartphone in the Galaxy F series.

The phone is expected to launch in India sometime in January, and we should know the exact launch date in the coming weeks.