Samsung Galaxy A34 Dimensity 1080 Surfaces in Benchmarks
Skip to content 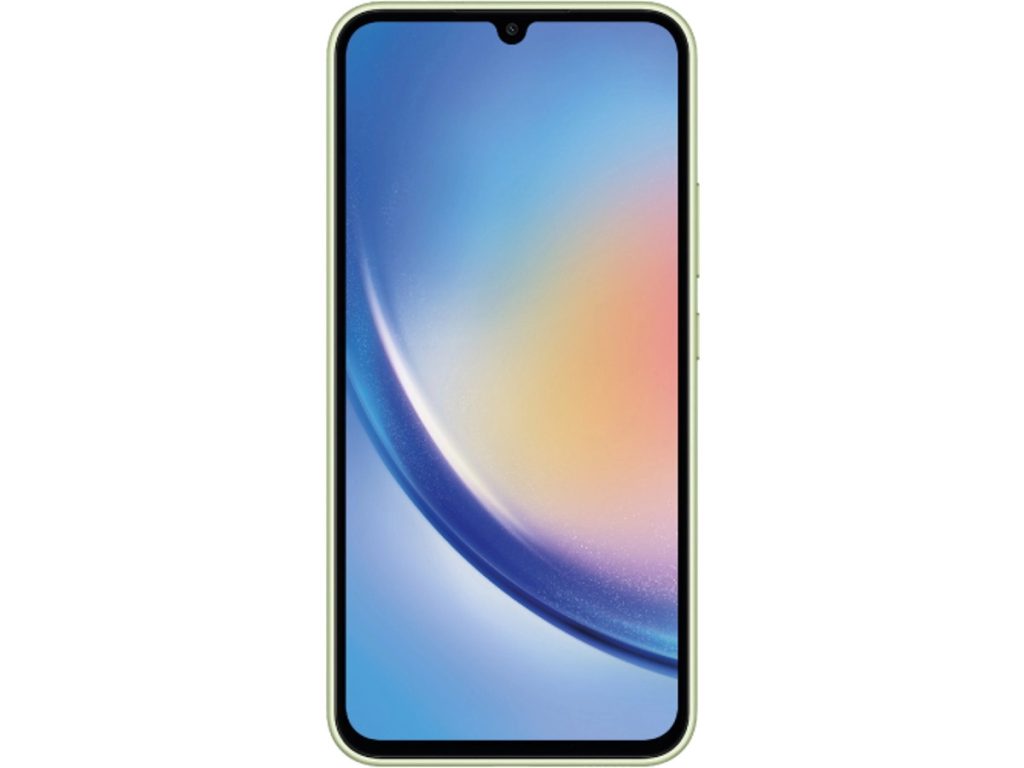 Samsung is soon expected to refresh its renowned A series devices. The renders of the upcoming Samsung Galaxy A34 surfaced last year, and now the phone has passed Geekbench, revealing some key specifications.

The Galaxy A34 bears the model number SM-A346B and passed the Geekbench with the CPU name mentioned as ARM MT6877V/TTZA, which refers to the Dimension 1080 chipset. 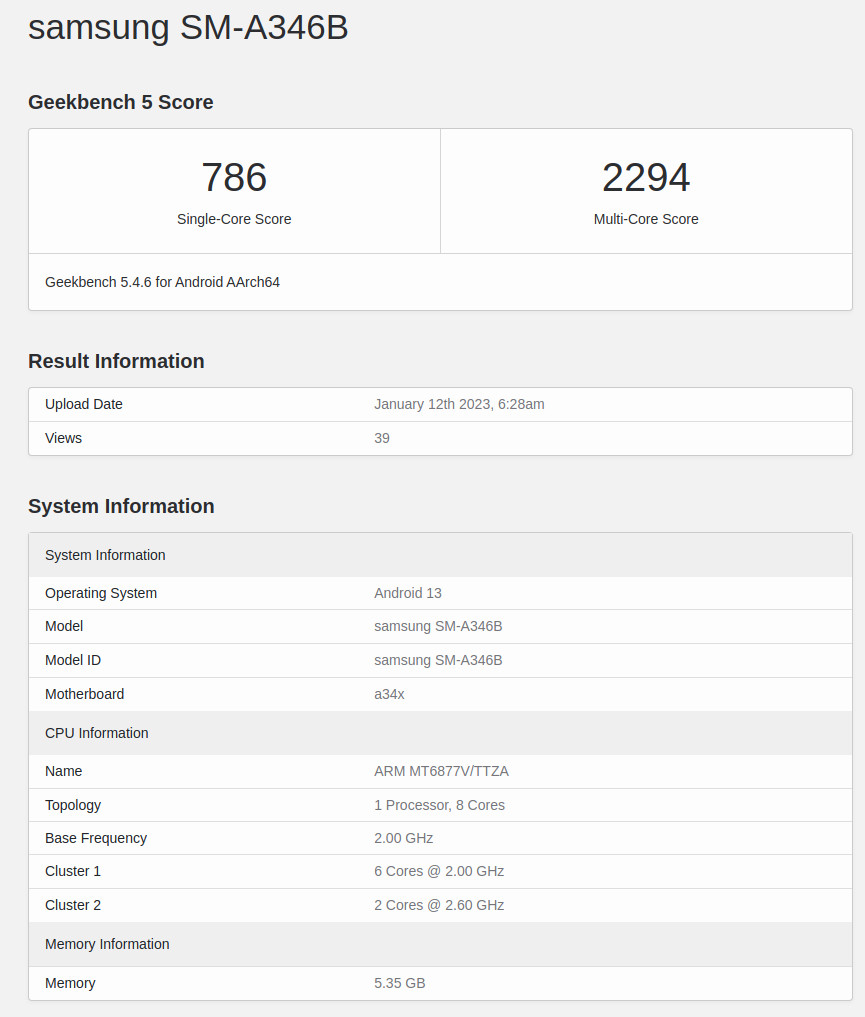 The same SoC was used in several recent smartphones, including the Redmi Note 12 Pro series, the realme 10 Pro+, and others. The Galaxy A34 secures a single-core score of 786 and a multicore score of 2294, has 6 GB of RAM and runs the Android 13.

Going with Evan Blass’ renders of the Galaxy A34 the phone should come with an Infinity-U notch and uniform borders around the screen, slightly different from the renders. According to GalaxyClub, the phone will come with a 50/48 MP primary camera, an 8 MP ultrawide camera, and a 5 MP macro camera. In the front, it would come with a 13 MP sensor for taking selfies. The Galaxy A34 is also expected to have a large 5000mAh battery capacity.

Previous rumours suggested that the Galaxy A34 would be equipped with an Exynos 1380 chipset, but this Geekbench reveal has put that to rest, and it will instead be equipped with a powerful midrange MediaTek 5G processor, so there might be two versions depending on the market.