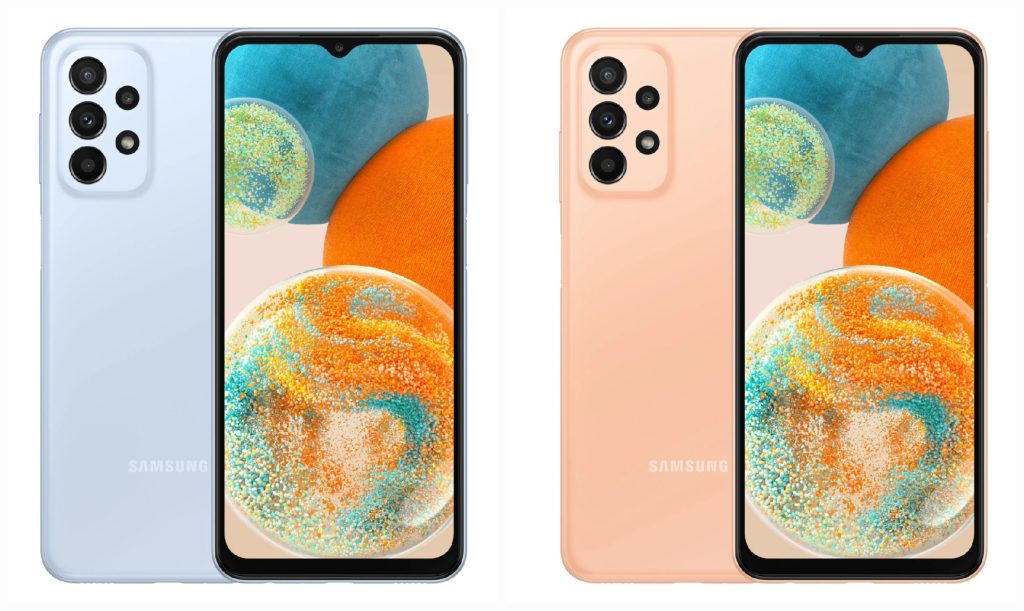 Samsung Galaxy A23 5G has resurfaced online through unofficial sources, after the phone surfaced in CAD-based renders a few months back. Now that renders have leaked, we know the general layout, available colors, and technical aspects.

A 6.6-inch screen with Full HD+ resolution will be available on the Galaxy A23 5G. It will include a front camera with an 8-megapixel resolution. According to reports, the smartphone has dimensions of 165.4 x 76.9 x 8.4mm and weighs about 200 grams.

According to the Galaxy A23 5G renderings, the phone has a quad-camera configuration on the back with a waterdrop notch display. The device’s rear camera system consists of a 50MP main camera with OIS, a 5MP ultra-wide, and two 2MP sensors for depth and macrophotography. 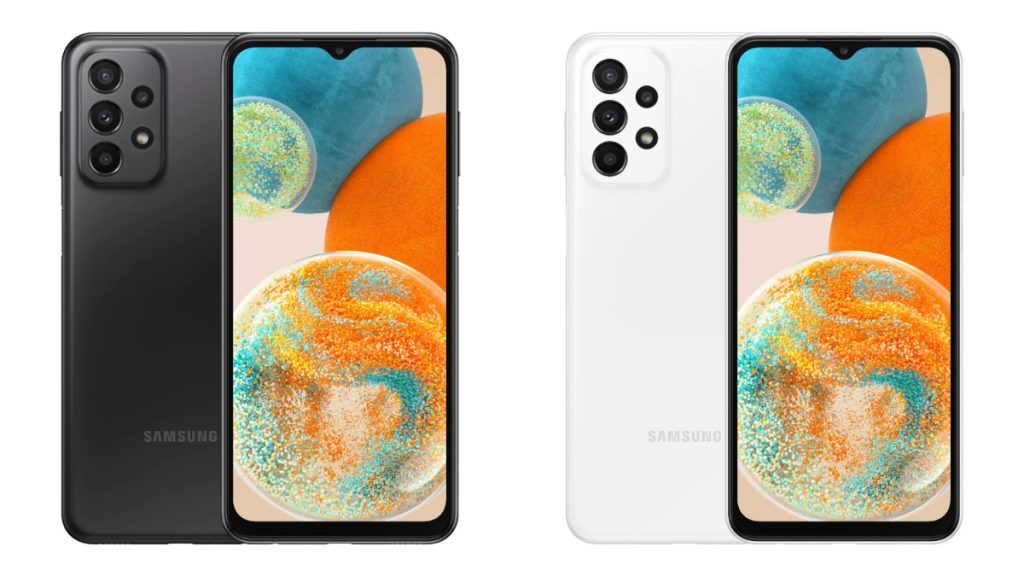 A 5,000mAh battery that supports 25W rapid charging will power it. The smartphone will include 5G compatibility, Bluetooth 5.1, dual-band Wi-Fi, and more in terms of connectivity. The device will also come in the following colors: black, white, blue, and orange.

It seems that the release of the Galaxy A23 5G won’t be delayed much. The phone has lately been seen at the Bluetooth SIG certification and the FCC. In addition, the device does appear on Geekbench as well. As an outcome, it is anticipated to be on sale at some point this month for €300 (Rs. 24292 approx.).