The Exynos 1330 and Exynos 1380 processors from Samsung have surfaced ahead of the Galaxy A54 launch. The Galaxy A54 and Galaxy A74, among other smartphones, are slated to be unveiled in early 2023.

According to rumours, at least one of these devices will be outfitted with a new Exynos mid-range processor, and that chipset has now surfaced on the internet. 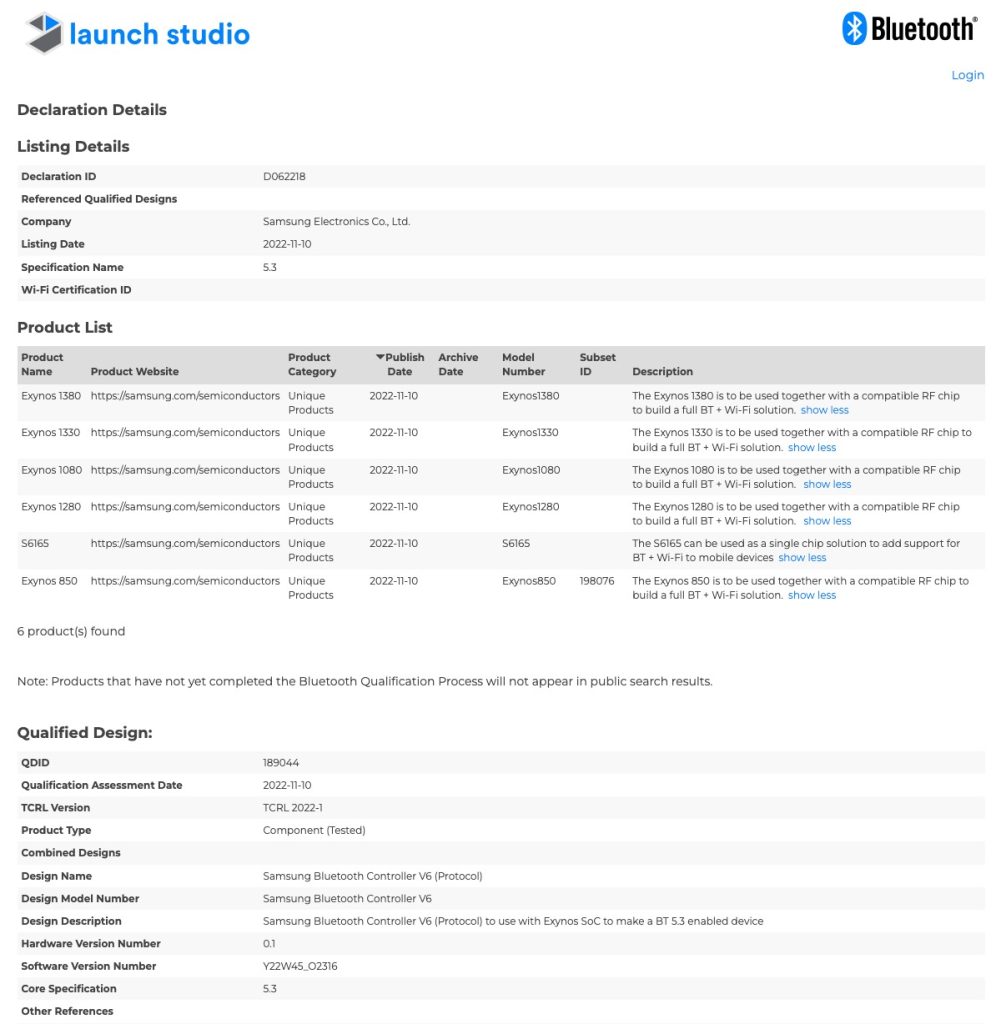 It has been confirmed through certification documents that both Exynos CPUs will have built-in support for Bluetooth 5.3 via a dedicated RF chip dubbed the Samsung Bluetooth Controller v6. Smartphones and tablets from Samsung’s Galaxy A, Galaxy F, and Galaxy M series will all include the latest Exynos CPUs.

The chipset Exynos 1330 is new, and it is presently unknown which CPU it will replace. However, if we had to speculate, Samsung might release it as a successor to the Exynos 850 or Exynos 880. The company’s next generation of midrange smartphones might have better cameras, faster performance, and longer battery life.