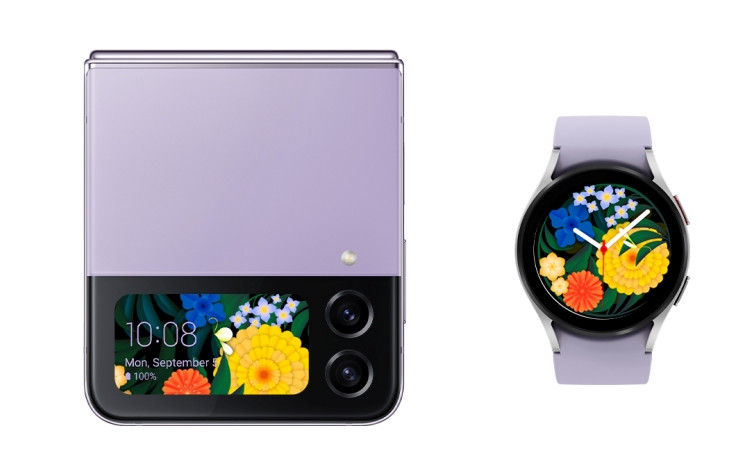 Today, Samsung has confirmed that it would be bringing the most recent One UI 4.1.1 from the Galaxy Z Fold4 and Z Flip4 and One UI Watch4.5 from the Galaxy Watch5 series back to earlier models of Galaxy foldables and smartwatches. Last week, Samsung’s Galaxy Tab S8 Android 12.L (One UI 4.1.1) update with new features started rolling out.

Streamlined Multitasking With Expanded Camera Functionality
The new productivity and camera features in One UI 4.1.1 are meant to make smartphones that were already useful even better.

Get More From Your Taskbar

With the redesigned Taskbar, you can access and switch between apps more quickly than ever before. It also offers a recognizable PC-like structure that puts everything you need within easy reach.

Drag-and-drop from the Taskbar makes multitasking on the Galaxy Z Fold easy. Dragging an app to the side opens the split view, and dragging it to the middle opens the pop-up view, offering you several ways to see apps and fast switching between views.

Sometimes the best apps are in pairs. Add pairs or groups of apps to the Taskbar to access your favourite app pairings at once. You may quickly switch full-screen apps to pop-up windows with easy swipe movements, or you can divide your screen in half for more ways to manage your tasks.

The flexible Galaxy Z series offers a versatile photography experience. Dual Preview lets you and your subject see the shot simultaneously on the Main and Cover Screens. Using Rear Cam Selfie, you can take high-resolution selfies with the main camera.

Quick Shot on the Galaxy Z Flip series just lets you see the preview and take photos in their true ratio on the Cover Screen. Portrait Mode makes every moment photogenic. You can swap from Quick Shot to Flex mode even while snapping photos or recording video for a hands-free experience.]

More Power to the Cover Screen

One UI 4.1.1 adds new Cover Screen features to the Galaxy Z Flip series, letting you do more without opening your phone. Call your favourite, dial back missed calls, and reply to texts with voice-to-text and emojis from the Cover Screen. Wi-Fi, Bluetooth, aero plane mode, and flashlight are among the new Quick Setting options.

More Watch Faces and More Ways To Customize Them

One UI Watch4.5 introduces six new interactive watch faces, new colours, and dynamic complications to the Galaxy Watch4 series. It expands the series’ layout options so users can find the perfect display for their lifestyles. The favourite watch face list helps you save and access your creations.

The addition of a QWERTY keyboard to voice recognition and handwriting helps users switch between different communication styles for different occasions.

By the end of September, a new software update will let people who have a Galaxy Watch3 or a Galaxy Watch Active2 use some of the new features of the Galaxy Watch5 series. It has two new watch faces, gradient number and pro analogue, to enable customers to express their likes and styles, and snore detection to analyze last night’s sleep.

On top of that, the Samsung Health Monitor app will be expanded to Galaxy Watch3 and Watch Active2 users in 24 markets, giving them deeper insights into their overall health.

The update rollout will begin at the end of September, and the availability may vary by market, model, operator, or the paired smartphone. The update will initially be available on Bluetooth versions and will roll out to LTE versions later. It requires the latest version of the Galaxy Wearable app and Galaxy Watch plug-in.