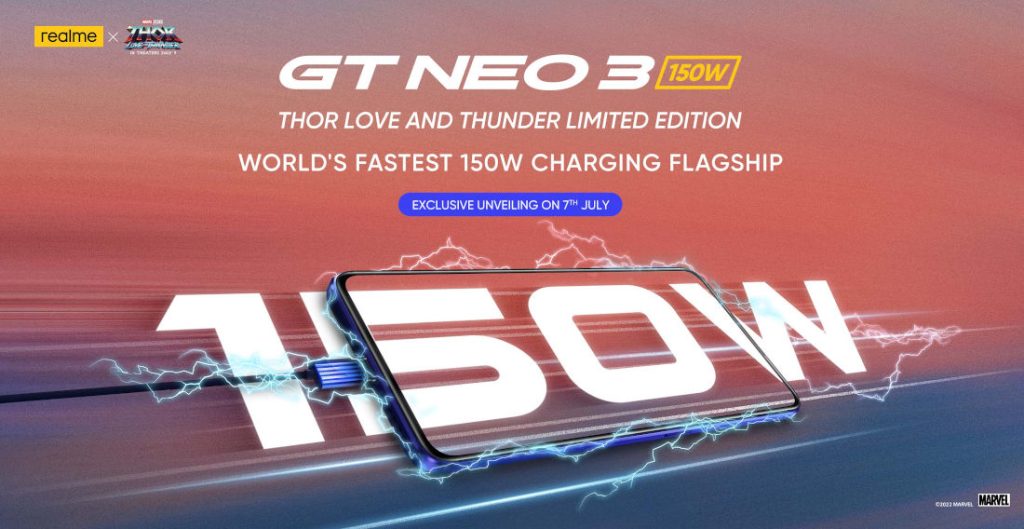 After teasers, realme today confirmed the launch of realme GT NEO 3 150W Thor Love and Thunder Limited Edition smartphone in India on July 7th, the same day as the release of Thor: Love and Thunder movie from Marvel.

This comes after the launch of realme GT NEO 3 phone with 150W charging back in April.

From the battlegrounds of a far-away land, fell a most rarified relic. A force full of speed and strength. An entity as thunderous as thunder itself. And now, it’s in your hands… So get ready to unleash unreal power. And let the world watch on in awe as NEO Speed Awakens. 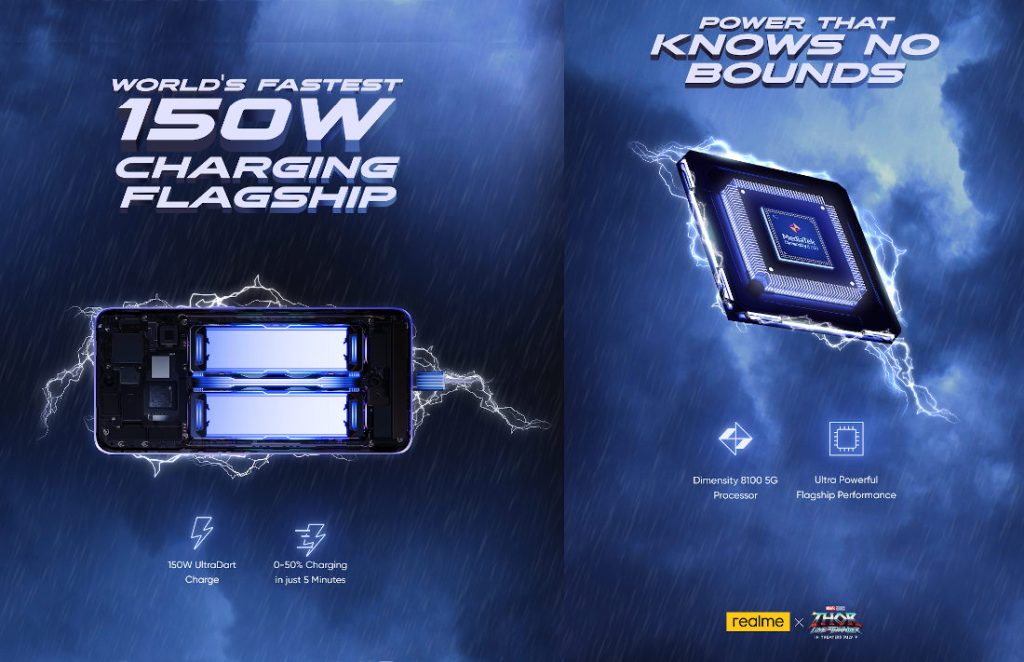 It still shows the blue colour phone with 150W Ultra Dart fast charging that can charge from 0 to 50% in 5 minutes. It will retain the MediaTek Dimensity 8100 processor that will offer ultra powerful flagship performance.

We still don’t know if it will feature Thor: Love and Thunder theme, wallpapers, rear cover and GT mode animation. We should know the price when the phone is launched next Thursday. It will be sold on realme.com and offline stores.