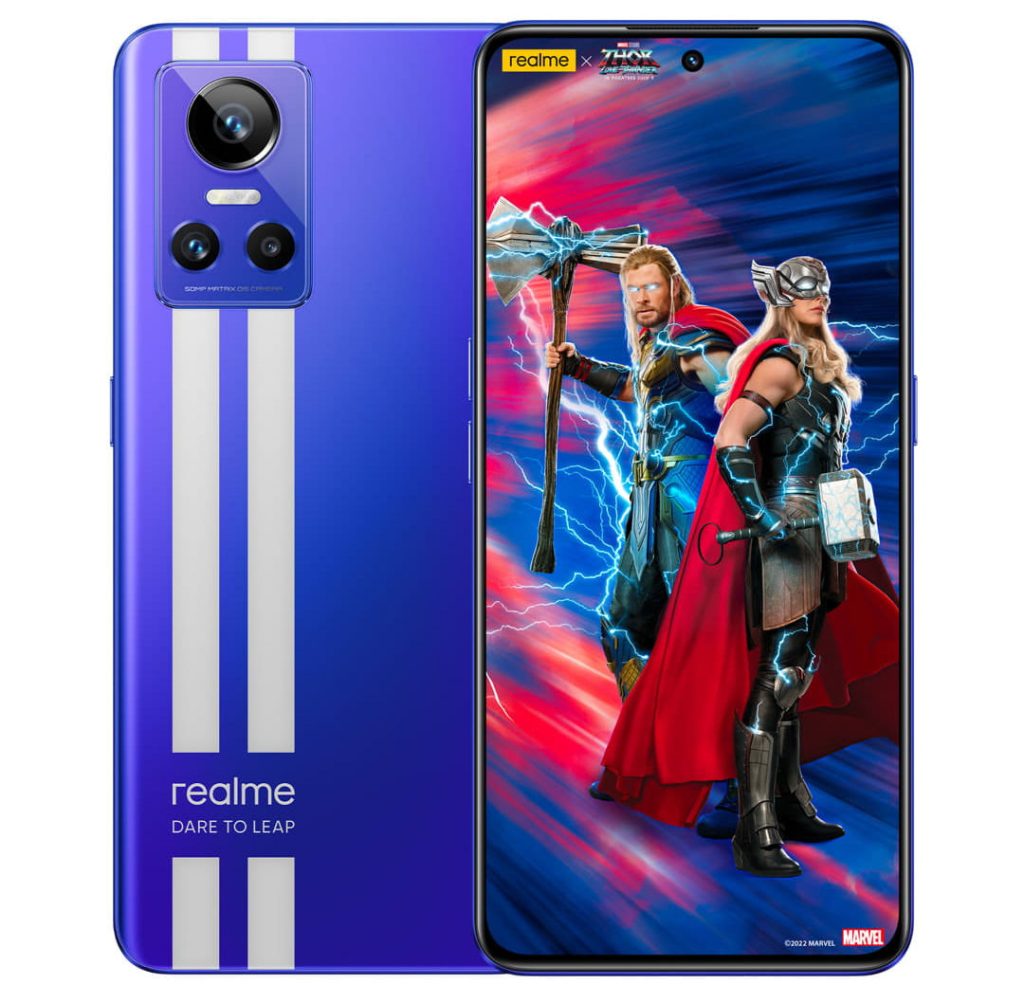 realme has launched realme GT NEO 3 150W Thor: Love and Thunder Limited Edition smartphone for realme and Marvel fans in India, as it had promised. This collaboration will enable realme to reach out to realme and Marvel fans who believe in a power beyond the average speed, unprecedented performance, and leap-forward technology, said the company. 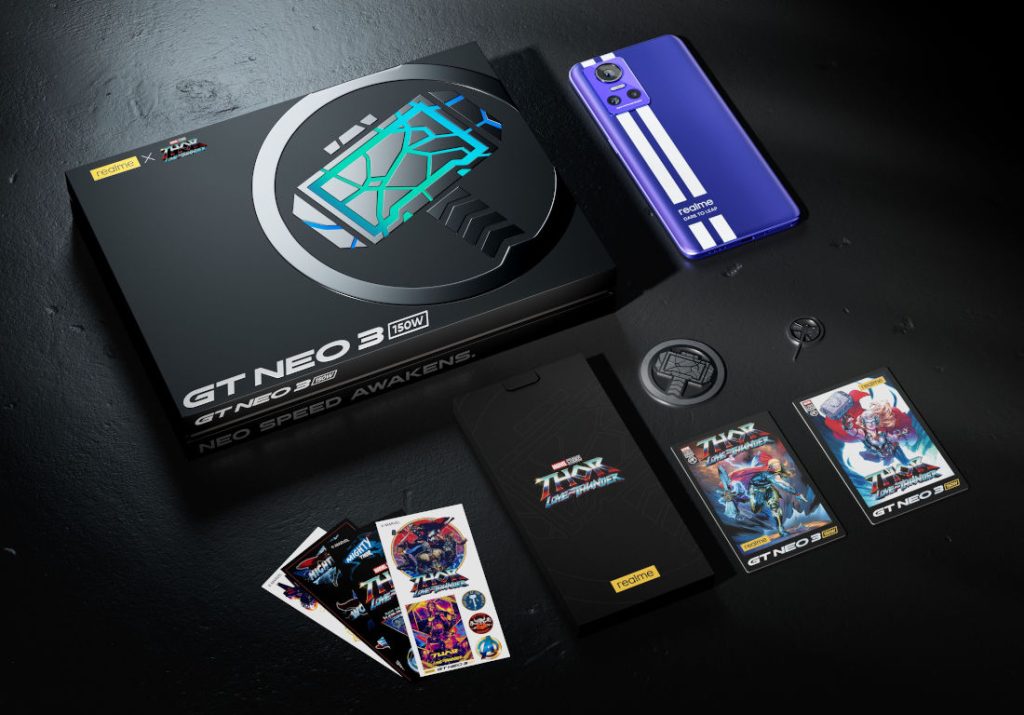 The phone has 150W fast charging that can charge up to 50% in 5 minutes and 100% in less than 15 minutes. It uses a second charge chip and TUV Rhineland safe fast charging certification. Even after 1600 charging and discharging cycles, that battery can retain over 80% health, says the company.

The realme GT NEO 3 150W Thor: Love and Thunder Limited Edition comes in single 12GB+256GB Nitro Blue variant, priced at Rs. 42,999, same as the original model. It is now available for pre-order from realme.com and will be available from 13th July, 2022, 12:00 PM onwards across realme.com, Flipkart.com and realme mainline stores.

We are excited to collaborate with Marvel Studios’ Thor: Love and Thunder for realme GT NEO 3 150W, which is created keeping in mind the needs of India’s young, dynamic and vibrant consumers. realme, a consumer-centric brand, has spread a dare to leap attitude worldwide and is adored by young millennials. GT NEO 3 150W, the world’s fastest charging flagship, reflects the spirit of adventure, speed, and unlimited power. This collaboration is another step towards our commitment to offer a leap-forward experience to our users with the flagship series.