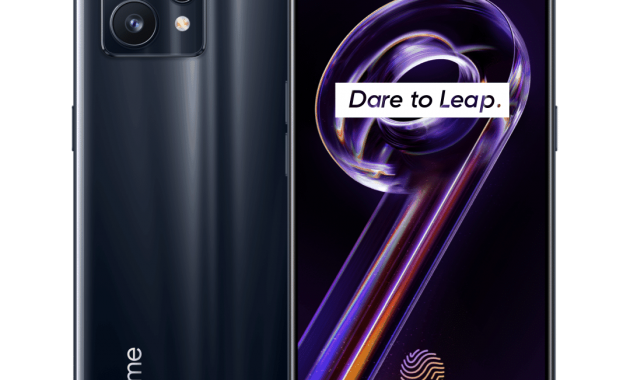 The leak also suggests that the Realme 9 Pro+ will be available in three color options – Aurora Green, Midnight Black, and Sunrise Blue. The leak also claims that the REALME 9 PRO and REALME 9 PRO+ will be similar in design language, with only minor differences in size and weight keeping them apart.

However, the phone is yet to release. Unofficial information about it has been circulating for some time. Earlier, @OnLeaks and Smartprix had joined hands to reveal the specifications of the Realme 9 Pro along with render images of the device, giving us an indication of what the device might look like. The Realme phone will have a gradient back and a hole screen design according to the renders. On the back, it looks like the phone will get a triple camera setup and an LED flash.
REALME 9 PRO+: Expected Specifications

The leak also reveals the technical specifications of the REALME 9 PRO+. The phone is expected to feature a 6.43-inch Full-HD+ Super AMOLED display with a refresh rate of 90 Hz, It is further believed that the phone will be powered by the MediaTek Dimensionality 920 SoC, coupled with 8GB of RAM.

A triple rear camera is expected on the back of the device, with the Pro+ expected to get a 50-megapixel main sensor from Sony, alongside an 8-megapixel sensor and a 2-megapixel sensor, There is also a 16-megapixel camera sensor for selfies and video calls on the front of the phone. A 4,500 mAh battery will ensure that the device does not overheat.