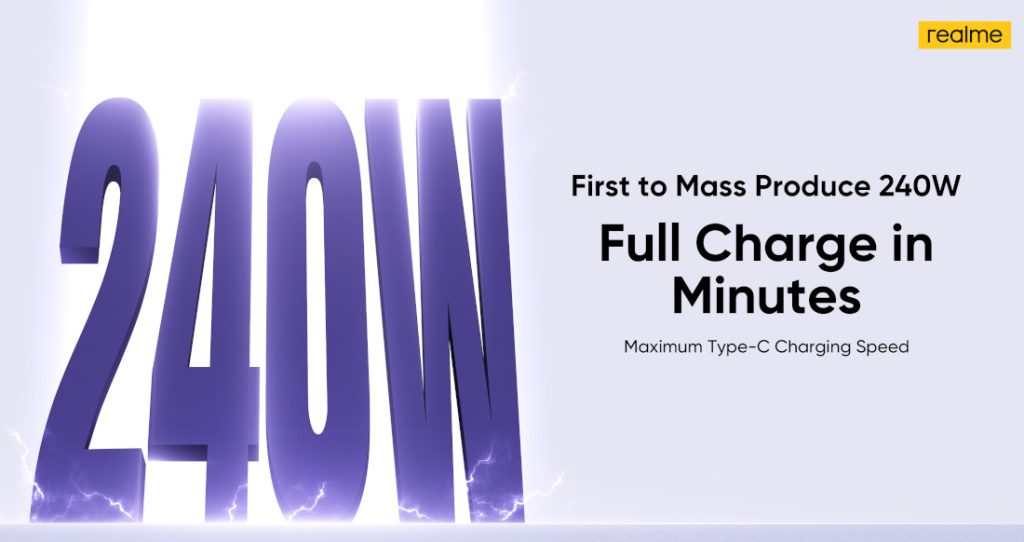 realme has used a three-way 100W charge pump parallel design, 20V 12A input, 10V 24A output, and the charging conversion efficiency reaches 98.5%, according to the company.

realme said that it has customized a 12A charging cable with 21AWG thickened copper wires, the highest specification in the industry, which has increased the current carrying capacity by 20% compared with the previous generation. 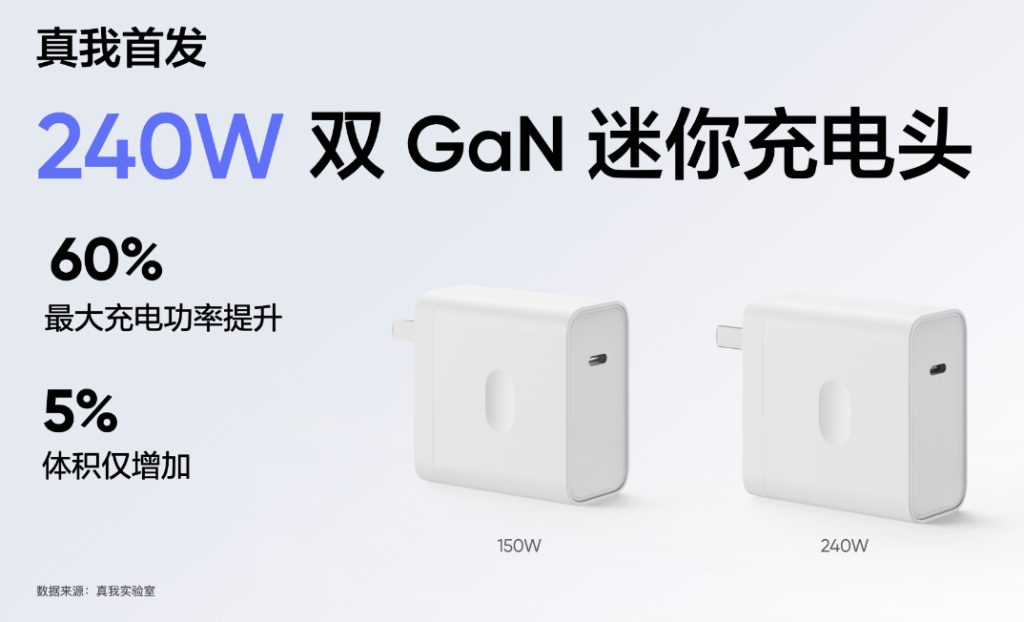 The solution uses a 240W dual GaN mini charging adapter to achieve the highest power density of 2.34W / CC in the industry. It uses a single USB-C interface, and its volume is only 5% larger than the previous 150W charging adapter. 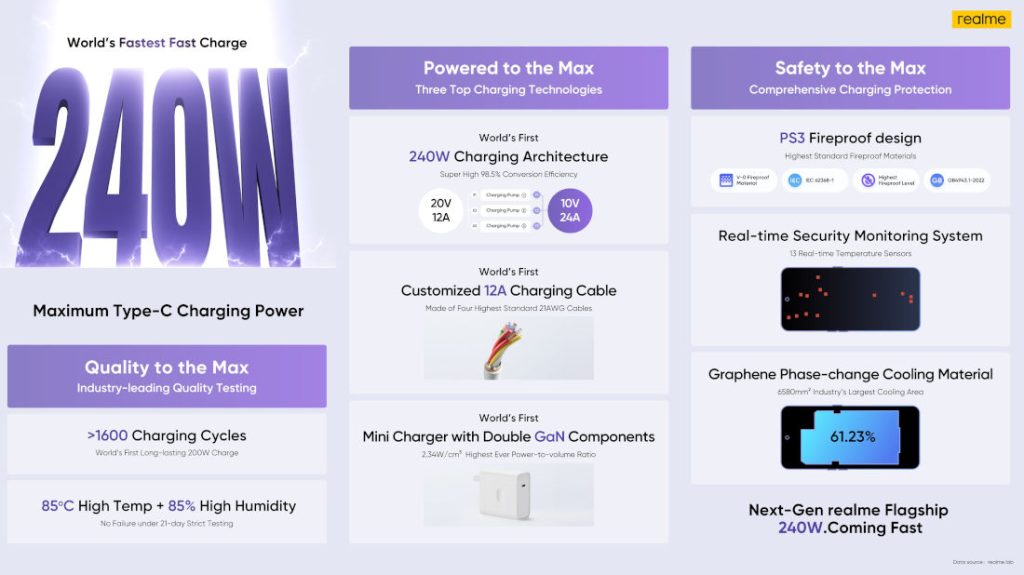 The realme 240W SuperVOOC protocol is compatible with the 65W PD, QC, and VOOC. The realme GT Neo5 which will be the first to use the 240W fast charging technology has 13 built-in temperature sensors, supports PS3 fireproof design and real-time safety monitoring system, and built-in the industry’s largest 6580mm² graphene phase heat dissipation material.

In addition, after 1,600, 0-100% full charging cycles with realme 240W fast charging, the effective health of the battery is over 80%, said the company. At 85°C high temperature and 85% high humidity environment, there is no safety failure with the phone after testing the phone with 21 days of charging and discharging, said realme.

As previously mentioned, realme said that the 240W fast charging will debut with the realme GT Neo5 series. The company confirmed that it will launch in February. Based on earlier rumours, the standard version will use a 150W fast charging.