After teasers, realme today confirmed the launch of realme 10 Pro series in India on December 8th, after they were introduced in China last week. The company has also teased the highlights of the realme 10 Pro+ smartphone and said that it has spend US$15 million in R&D for the curved display with display customization. 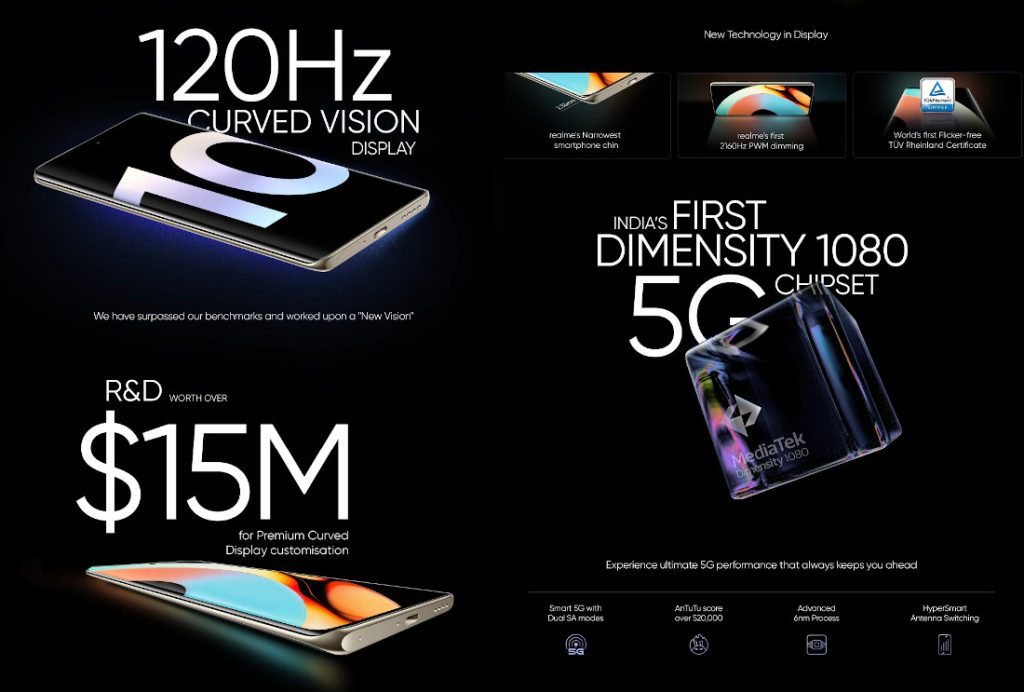 6.7-inch FHD+ 120Hz OLED 61° curved screen with 2.33mm ultra-narrow chin, which is realme’s narrowest smartphone chin, and it is also the company’s first phone with 2160Hz high-frequency dimming technology. realme claims that it is the world’s first flicker-free display with TUV Rheinland Certificate.

In dark environments (brightness below 90 nits) where DC dimming can’t work, the phone will automatically switch to 2160Hz PWM dimming mode to maintain accurate colors on display with a more comfortable eye experience, said the company had said during the phone’s China launch.

realme also said that it will be the India’s first phone to get a Dimensity 1080 chipset. The 6nm chip will offer smart 5G with dual SA modes, and Hyperswitch Antenna Switching. We can also expect the realme 10 Pro to launch alongside the 10 Pro+.

Similar to most other realme phones, the realme 10 Pro series will be sold on Flipkart, in addition to realme.com and offline stores.