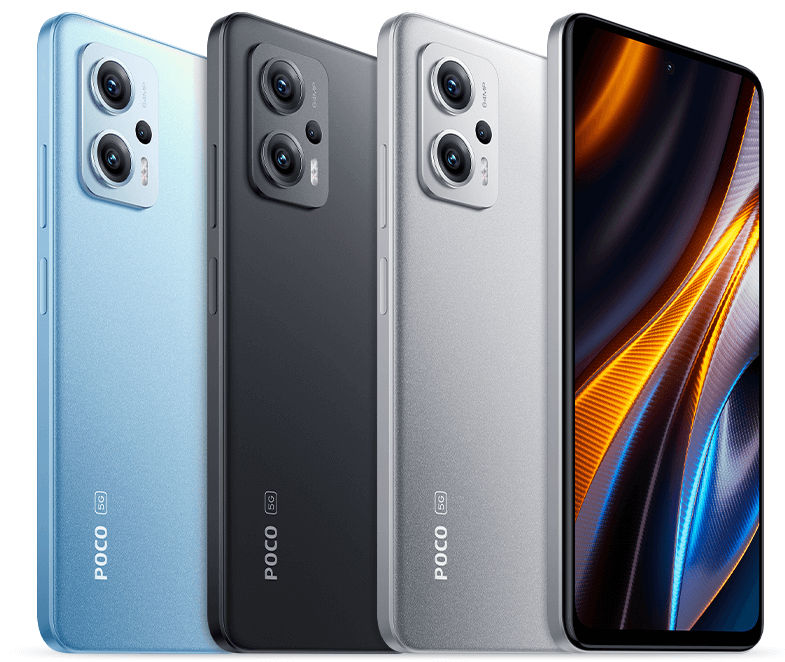 POCO just introduced the X4 GT, the company’s latest smartphone in the X series for the global markets, as it had promised. It has a 6.6-inch FHD+ LCD screen with 144Hz 7-step variable refresh rate, support for DC dimming and Dolby Vision, a 16MP front camera inside the punch-hole, is powered by Dimensity 8100 SoC with support for VC liquid cool 2.0 tech, has 8GB of LPDDR5 RAM and up to 256GB UFS 3.1 storage. 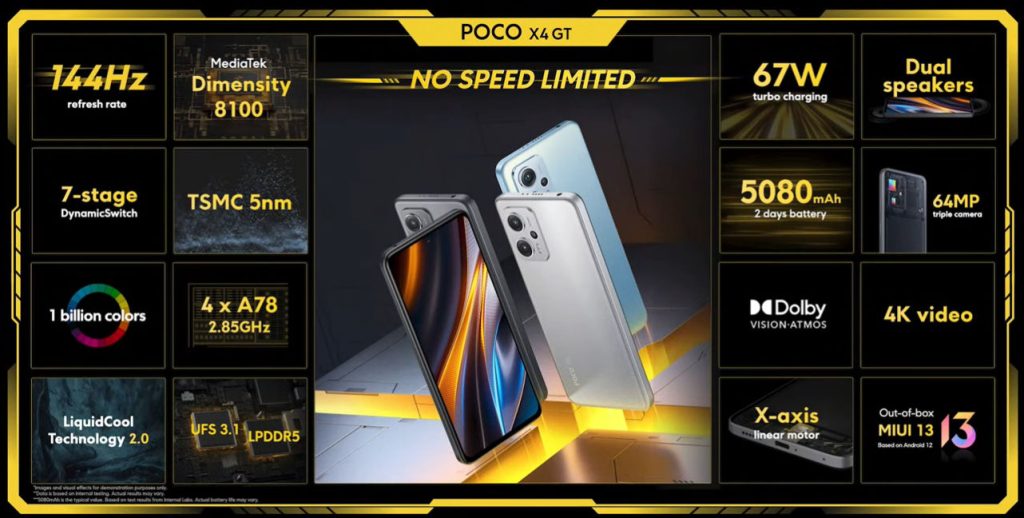 There is a 64MP rear camera along with and a 8MP ultra-wide-angle and a 2MP macro camera. It has a side-mounted fingerprint scanner, comes with an X-axis linear motor and packs a huge, 5080mAh battery with support for 67W fast charging that can charge up to 100% in 46 minutes.

The phone will roll out globally in several countries starting from June 27th. Based on earlier rumours, it will launch in India as Redmi K50i.