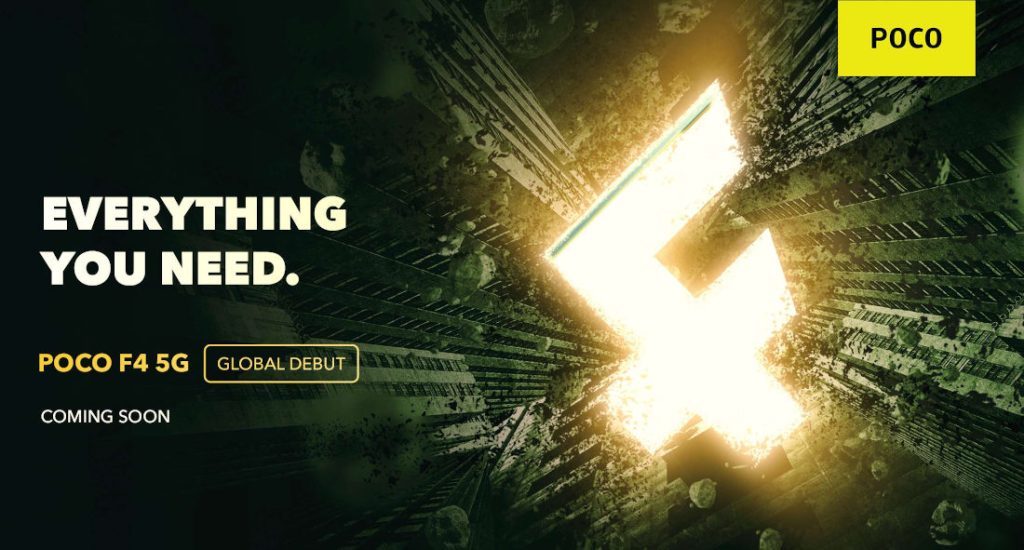 After confirming the launch of a new F series smartphone globally, including India, earlier this week. Today, the company has confirmed the launch of POCO F4 5G, after a long wait. The POCO F1 was released in 2018 in India, but it did not release the F3, instead it released the POCO F3 GT last year.

Regarding the phone, the company said:

The POCO F series that defined Everything You Need without any unwanted fluff is bringing a new legend.

Based on rumours, this will be the POCO F4. The phone with the model number 22021211RG even surfaced in the Geekbench listing, revealing a Snapdragon 870 SoC, 6GB of RAM and Android 12.

We should know the exact launch date and official specifications of the phone soon.