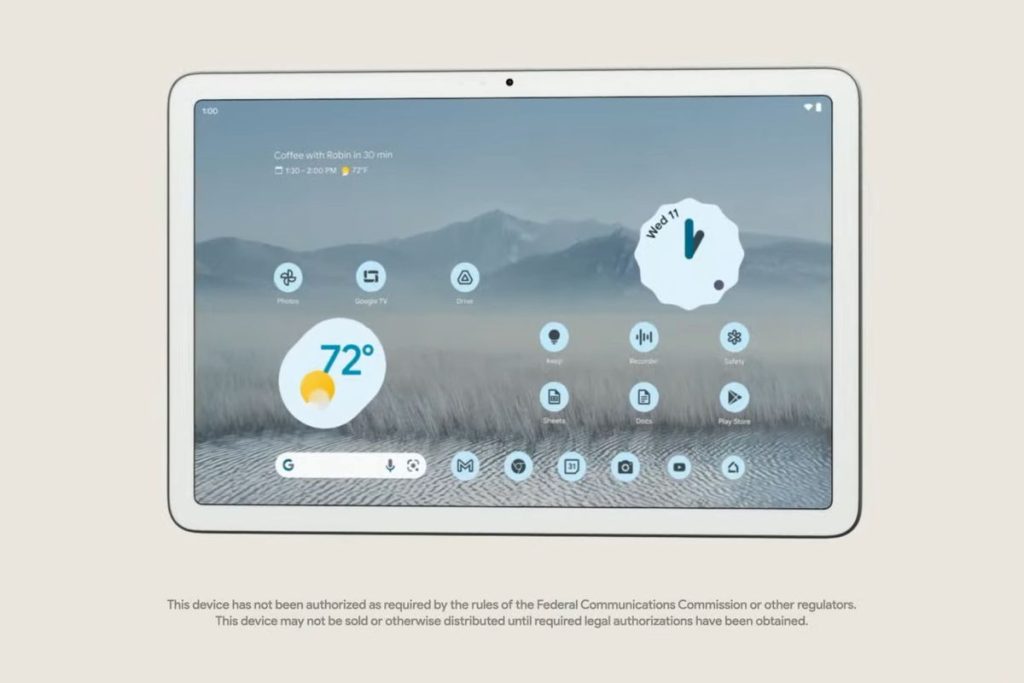 The long-awaited release of Android 13 QPR1 Beta 1 is here, reviving Google’s dormant beta programme and virtually pleading with us to learn its secrets for the future of the operating system and beyond. In addition to the current software, which we and the other beta testers will continue to try out, today’s release also gives us a glimpse of a prospective Pixel device.

We didn’t know much about the Pixel tablet that Google showed off at I/O, but now we know more about it as the possible Pixel tablet animation in Android 13 QPR1 shows that the firm is getting ready for some docking action.

The Android 13 QPR1 Beta 1 features an animation depicting the Pixel tablet in operation, according to developer Kuba Wojciechowski and Twitter user Mishaal Rahman. Before Google’s I/O tablet announcement, rumours circulated regarding a dockable smart hub tablet. The Pixel tablet’s bezels seem similar to the Nest Hub’s, hence the long-suspected feature that they were the same.

Two animations illustrate a tablet and dock. The first shows a slate on a charging stand. Animation doesn’t show if this dock has a Nest Hub-like speaker. The second animation exhibits Assistant activating, whereas the tablet’s display is off.

A setup page shows how to use Google’s future device. The assistant operates with the screen off and locked, casting music or video to the lock screen. It is able to personalize the docked display using clock faces, photographs, and more.

Overall, it appears like a good replacement for the Nest Hub Max because it combines a sizable fixed display with all the features of a real Android tablet, including portability. Google’s first big-screen tablet since the Pixel Slate will be powered by the first-generation Tensor chip.

This will make it a low-cost device that can compete with the iPad and Amazon’s Fire line. Although the launch is still months away, who knows if the Made By Google event in October will provide any additional hints as the days progress.