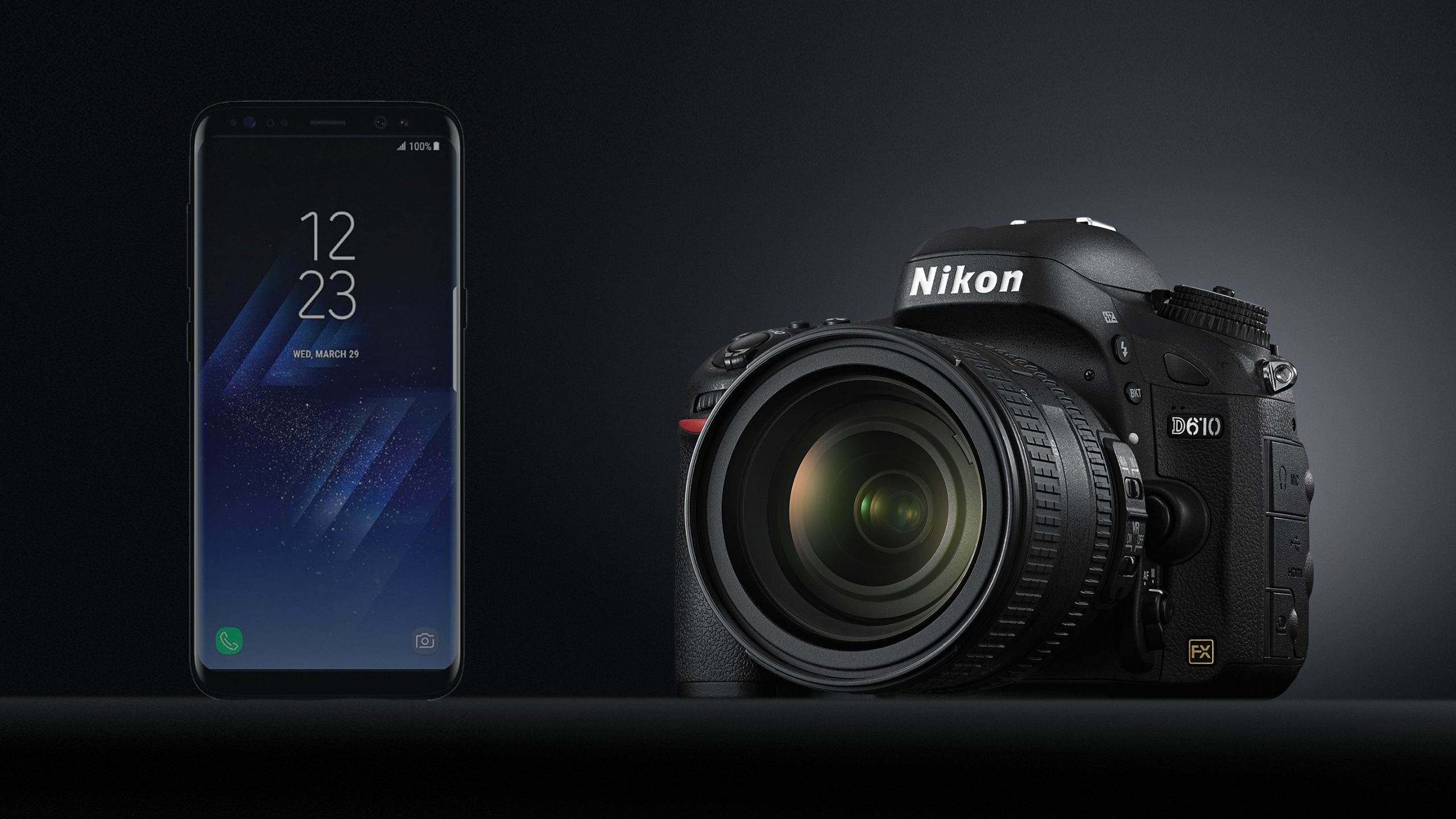 There has been a lot of talk about tech-related forums (actually, last few years) that smartphone cameras will replace DSLR or other conventional cameras in the near future. I will talk about a few things, you can decide on yourself that what is more likely to happen!

My Daily Driver Smartphone ‘One Plus 5t’ The phone did not allow me to make a complaint in almost a year. 16 + 20 megapixel dual sensor rear camera setup and main camera aperture f1.7 Although not the best on mobile devices, it is quite a good camera setup.

I love taking this photo so much love this device too. Because this device is giving great performance to the camera and I can share whenever I want to share any picture I want. I can show everyone But the pictures of my DSLR camera Nikon D7100 which are allowing me to pick up what I can do with my One Plus 5t?

Hey I can not tell the truth. In some cases, maybe near the picture, but in fact, as soon as technology advances, there will always be some thorns in the way of smartphone photography.
There are a lot of rage on the physics issue. I’m not even less. And this ‘evil’ part of science is very responsible in this case.

Smartphone photography is the first to get started with DSLR photography. According to Physics, the larger the sensor size, the more light it will take in itself. As a result, a large sensor film will have more light than a small sensor. Results are relatively good pictures.

Talk about aperture a little. The aperture is the way to enter the image sensor through the lens. If we think about our eyes, then it will be very easy to understand. When we go to an enlightened or dark place, our eye iris helps to see us properly by controlling the size of the pupil as big or small as needed.

Likewise, we can control the amount of light that a small or large sensor like a puppy is made in modern dedicated cameras. Turning the aperture ring in the camera, expanding or shrinking the inner aperture blades of the lens makes the road to enter the lens aperture or light up the door.

Photo Digital Photography School
The two lenses most used in my DSLR camera are aperture or f more than my mobile. A f1.8 another f2.8. But still the pictures taken on my camera are much sharper and illuminated than my mobile photos. Because my camera sensor size is 23.6 x 15.6 mm but the sensor size of the mobile camera is 5.5 x 4.1 mm.
Who is big Who is taking more light in yourself?

Megapixel on your head is rotating. Because, in many cases, many DSLRs may have more than megapixel cameras in the smartphone cameras. This megapixel phone manipulator can manipulate this very easily. Impress megapixel in a sensor, the quality of the picture is not good. And the lower megapixel’s big sensor is naturally taking more light in itself. The result is good pictures. On the other hand, the smaller sensor more megapixel is a fearful thing!

If the makers start installing DSLR size sensors in their mobile devices, then they will have the same number of big phones in the eighties of the decade. It does not seem like a phone that brick pieces. We do not want to fall back on anyone. is not it?

An example of an image of the name of the processor Anasong Hero, a little. The condition of this poor image processor is similar to a photographer. We really remember the best pictures you have ever seen. But know the name of the photographer? Many of us know the pictures of tough muscular kiosks that show the footsteps of Cristiano Ronaldo, who follow the football. But I never thought of taking the picture. is not it?

Photo by Emilio Andreoli || Getty Images
The work of the image sensor is the light of its own and its colors to be electronic signals. The meaning of photography is to draw with light. The whole thing is just the light game. Without lighting, only photography and life would not have been impossible. Anyway. The work of this image processor is to turn the inner colors of the light into the picture. The image processor is the camera’s brain. Just like the mobile or computer processor, he controls all the functions of the device.

If the light of the sensor and color is a scattered part of the pad, then the work of the image processor is to read the light meter – accessing the colors in the sensor – knowing the time of taking photos, arranging the whole puzzle well. The work is very complicated and this is why we sometimes get lost in the film.

Some Gauge of Noise is a pixel in the wrong place. The image processor works a lot more. But I will take a lot of time to interpret this technical issue and still can not understand it. We do not even need understanding. The engineers of Nikon, Canon, Sony, Fuji, Panasonic are well-informed and their work is doing quite well.

The reason for talking so much is that the process of a camera processor is just to process the image. There is no need to understand anything more than photography. He is a skilled worker whose meditation is making good pictures.
The same is the smartphone’s image processor, but he has to work through many other complex circuits. And he has to work in a small limited area of ​​a smartphone. Because of that, he can be called Jack of all trades but Master of none.

The smartphone is lagging behind in a different way than a dedicated camera. Lens Dedicated interchangeable lens cameras have the opportunity to use the lens. Use the lens as needed to find out the pictures you want. The camera litterrels make different sets of colors in lenses. With the light of the photo, Persecutive can play it in its own way and can bring out a masterpiece.

Photo: Julian Chokkattu / Digital Trends
Smartphone aperture and shutter speed are improving very fast. Most of the flagship and mid-range mobile devices now have manual controls, so that there will be an opportunity to show more creativity than ever before in mobile photography. (Shutter speed or exposure time is the latest image sensor in the camera or the film will be open in light time.

If the eye is the image sensor and the eye plate is a shutter, the shutter speed is about how long our eyes will open in the light. As long as the eyes remain open, the light will enter the eyes.) But the improvements in smartphones are being improved in camera technology as well. That means dedicated movies always remain in the level playing field. Relativity is coming to an end. Shit! Physics again. Sorry

Photo: xda-developers
The most loved aspect of smartphone photography is that he has created a culture of photography. Who is taking pictures of where he can and immediately shares it with Instagram or Facebook and other social media. Smartphone Photography brings out a great photographer and brings it. An exhibition has been created for the good picture among the people. For every day, we get a lot of good picture gifts, from all the photographers of the world.

I love my smartphone. Very good pictures can be taken by my device. But when I want to take a picture that will take care of everyone or the crowd of thousands of photographs will all look once, then my phone will remain in the pocket. Not in hand

Another commentary is in the society of photography, which is quite similar to that, ‘the best camera is that which you have in hand’. Everybody should take good pictures with everyone’s device and do not forget to show the best pictures you have taken. Happy Photography