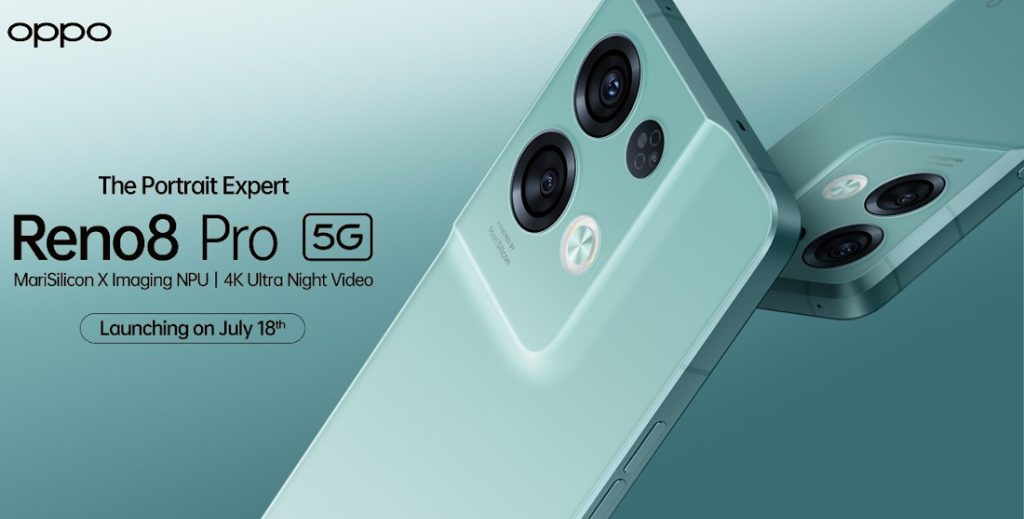 OPPO India is preparing to launch the all-new Reno8 Series in India on July 18th. Two models will be released for now – OPPO Reno8 and Reno8 Pro. Before the launch, the company is revealing some key highlights and improvements to this series over previous ones. We previously revealed some of the series’ key highlights, which included the design, proprietary algorithms, MariSilicon X NPU, and much more.

And today, OPPO has released information about the upcoming Reno8 Series’ processor department, battery technology, and cooling system. Let’s take a closer look at these particulars. The firm claims that all these improvements work in sync to extend the Reno8 device’s life while ensuring peak performance for years to come.

The OPPO Reno8 Pro is equipped with a 5nm MediaTek Dimensity 8100-MAX processor, which provides a 25% improvement in CPU power efficiency over 6nm-class Dimensity chips. This octa-core SoC includes four 2.85GHz Arm Cortex-A78 super cores as well as the powerful Arm Mali-G610 MC6 graphics core for a 20% speed increase over the Dimensity 8000.

In terms of imaging, the SoC draws on Dimensity 9000’s technology arsenal: Its Imagiq ISP has a 5Gpixel/s clock speed, allowing for best-in-class photo and video capture. It can capture three exposures per frame for accurate HDR results, and it even supports two cameras recording simultaneously, allowing you to shoot from both the front and rear cameras of your smartphone.

The Dimensity 8100-MAX AI processor is the fifth generation MediaTek APU 580, which provides class-leading power-effective performance in tasks such as AI-multimedia, AI-camera, and social video experiences. This upgrade results in a 2.75X speed increase over previous generation Dimensity chips with APU 3.0. 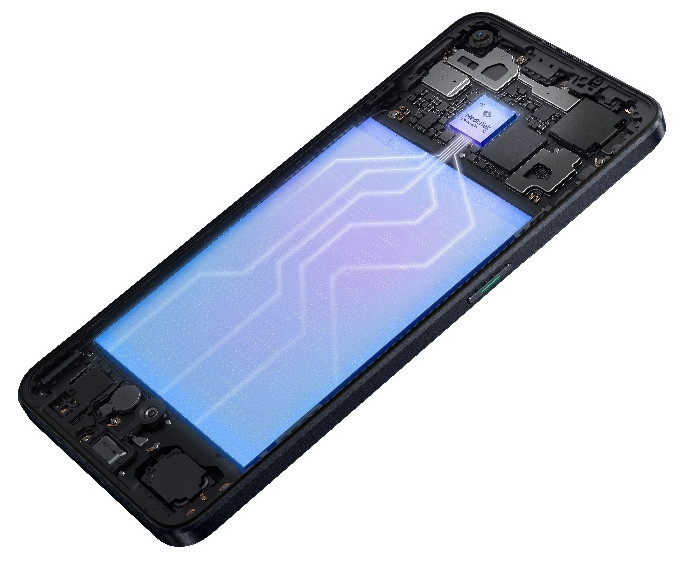 Three Cortex-A78 cores, four Cortex-A55 efficiency cores, and HyperEngine 5.0 gaming technologies are included in the 8100-MAX model, as well. According to AI benchmarking results, the Dimensity 1300 improves AI performance by up to 10%.

In terms of low-light performance, the SoC is ideal for photographers who want to take pictures in all kinds of lighting conditions. At night and in HDR mode, the camera’s AI noise reduction (AI-NR) features are particularly impressive. Compared to standard HDR, 4K HDR videos have a 40% greater dynamic range.

A new level of visual detail, crisper sound, and higher resolutions are provided by the Dimesity 1300’s AV1 video decoding hardware when it comes to video streaming entertainment. 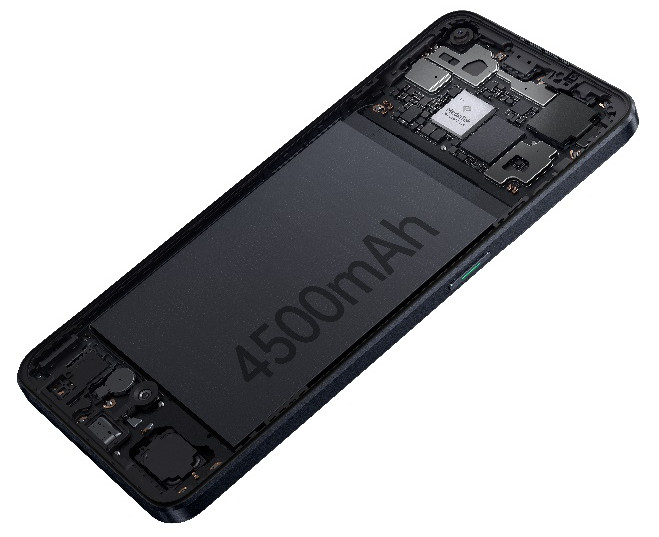 A 4500mAh battery powers both the Reno8 Pro and the Reno8 smartphones. TÜV Rheinland has tested and certified OPPO’s 80W SUPERVOOC Flash Charge technology as a safe and quick charging system, allowing for a 50 percent recharge in just 11 minutes.

A powerhouse that never gives up on you! The #OPPOReno8Series with 80W SUPERVOOC zooms up to 50% charge in just 11 minutes. Launching on 18th July, 6 PM.#UltraClearNightInPortrait
Know more: https://t.co/3lGaAqPxkl pic.twitter.com/15uIJbefkE

According to OPPO Research Institute tests, Reno8 phone batteries with BHE can retain up to 80% of their original capacity after 1,600 charge cycles. A typical user can expect to get about four years out of the battery, making it the longest-lasting smartphone battery. 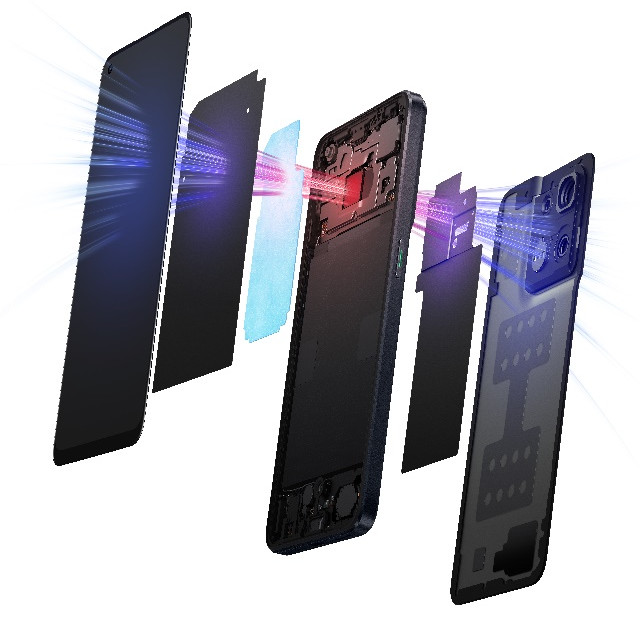 The Reno8 features OPPO’s Super-Conductive VC Liquid Cooling System, which covers 14644mm2, a 16.8 percent increase over the Reno7. The newly added Vapour Chamber has a surface area of 2343mm2 and is 1.5x more efficient than the heat pipe solution used in the previous generation. OPPO uses a super-conductive aluminium alloy for the Reno8’s middle frame, which increases thermal conductivity by 13.5 percent.

The Reno8 Pro, on the other hand, includes OPPO’s Ultra-Conductive Cooling System, which utilizes Ultra-Conductive Graphite, a new material that improves cooling performance by 45 percent over traditional graphite. For heat dissipation, graphite sheets are used both under the display and in the back cover, providing a total cooling surface area of 10957mm2 (4 percent larger than the previous generation).

OPPO also used ultra-conductive graphite in conjunction with an aluminum middle frame to ensure that the OPPO Reno8 Pro does not overheat while playing games, watching videos, or taking photos.

A copper foil with high thermal conductivity is also used under the display and in the back cover to ensure stable performance and to dissipate heat during charging—even while maintaining a high charging current—for higher charging efficiency.

OPPO claims that it has upgraded the software and hardware of the Reno8 Series in such a way that the phone doesn’t slow down over time. The company then tried to get TÜV SÜD certification, which has five levels from E to A, with A being the highest.

After nearly 500 tests, both the Reno8 Series smartphones passed the certification requirements and received the TÜV SÜD 36-Month Fluency Rating Mark. TÜV SÜD not only tested the fluency of the devices at the start of use, but also the degree of fluency attenuation after 36 months of use. The higher the level, the more smoothly a product runs, both at first and after 36 months of use.

Further, OPPO has confirmed that OPPO Reno8 Series will receive 2 years of major Android updates and 4 years of security updates.