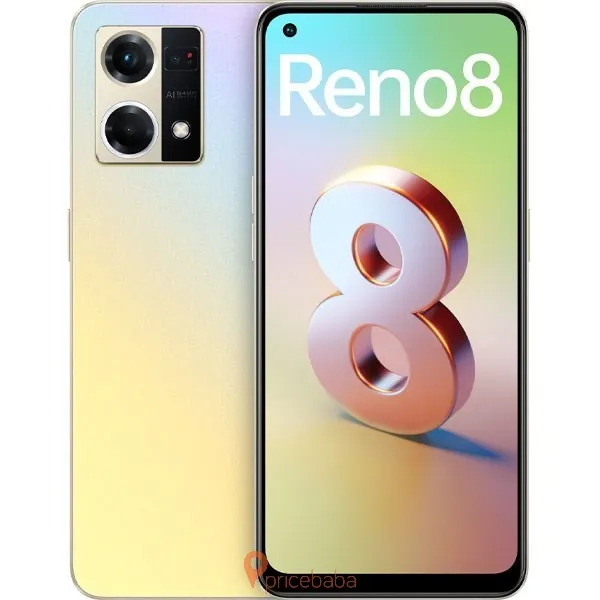 OPPO unveiled the Reno8 Series, which includes the Reno8 and Reno8 Pro, a month ago. Now, it appears that the company is adding another handset to this series dubbed the OPPO Reno8 4G, which is more affordable than the other smartphones in the series. Pricebaba has posted the images of the smartphone as well as certain technical specifications. So, let’s take a closer look at the Reno8 4G smartphone that will be released soon.

The OPPO Reno8 4G appears to be similar to its elder brother, the Reno8 5G, with a dual-color tone finish at the back and a camera punch hole on one side of the front. The camera layout resembles that of the recently released OPPO A77.

The square camera module features a triple camera configuration with a 64MP main sensor and secondary 2MP depth and macro sensors. The Reno8 4G’s front-facing camera is located in a punch-hole arrangement. It should have a 6.43-inch screen with a refresh rate of 90Hz and protection from Corning Gorilla Glass. The Reno8 4G will have a Snapdragon 680 processor with eight cores, 12GB of RAM, and 256GB of internal storage. The phone will have a battery that can be charged quickly with a 33W charger and 4,500 mAh.
This smartphone is rumored to come in two colours: Dawnlight Gold and Starlight Black. The OPPO Reno8 4G is expected to be available soon in India. We should find out more about the launch in the coming days.