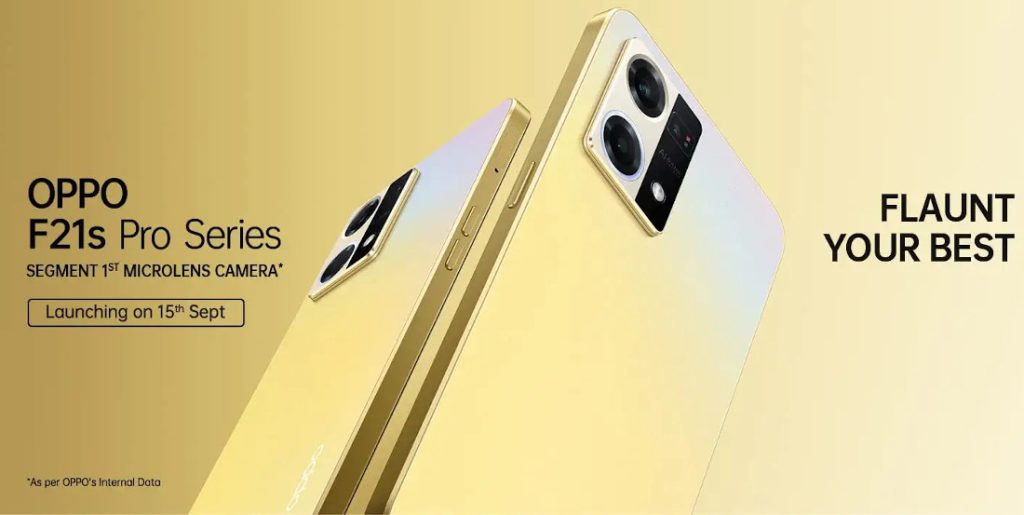 OPPO has teamed up with actor Varun Dhawan for its latest campaign #BeautyInEverything. The campaign also features popular host and actor Maniesh Paul and social media star Avneet Kaur in a short film that shows Dhawan obsessing over the microlens of the F21s Pro and how it has given him a new perspective of finding #BeautyInEverything.

Evidently @Varun_dvn isn’t the only one obsessed with the Microlens of #OPPOF21sProSeries. @ManishPaul03 and @iavneetkaur are equally in awe. They are finding #BeautyInEverything, so can you!
Watch to find out! pic.twitter.com/NVxes8XiXp

Earlier: OPPO launched the F21 Pro and F21 Pro 5G smartphones in India back in April. Today, the company has started teasing the F21s Pro for the festive season, which has been the case last year as well with the OPPO F19s.

The F21s Pro should come with similar specifications as the F21 Pro, but this will come in a new Dawnlight Gold colour, which will glow when light hits the back of the phone at certain angles. This is also scratch and water-resistant and has an anti-corrosion glass, says the company. It will also come in Starlight Black colour.

The company also highlights the microscope lens for the phone. To remind, you, the F21 Pro has a 6.43-inch 90Hz AMOLED screen, is powered by Snapdragon 680 SoC with 8GB of RAM and 5GB of RAM expansion.

There is a 64MP rear camera along with a 2MP depth sensor for portrait shots and a 2MP microscope lens with support for 15x/30x magnification—that lets users explore textures, colours, shapes and sizes at a microscopic level, and is backed by an Orbit Light. The phone has a 4500mAh battery with 33W SUPERVOOC fast charging.

The OPPO F21s Pro will be sold on Amazon.in, in addition to OPPO India online stores and offline stores.