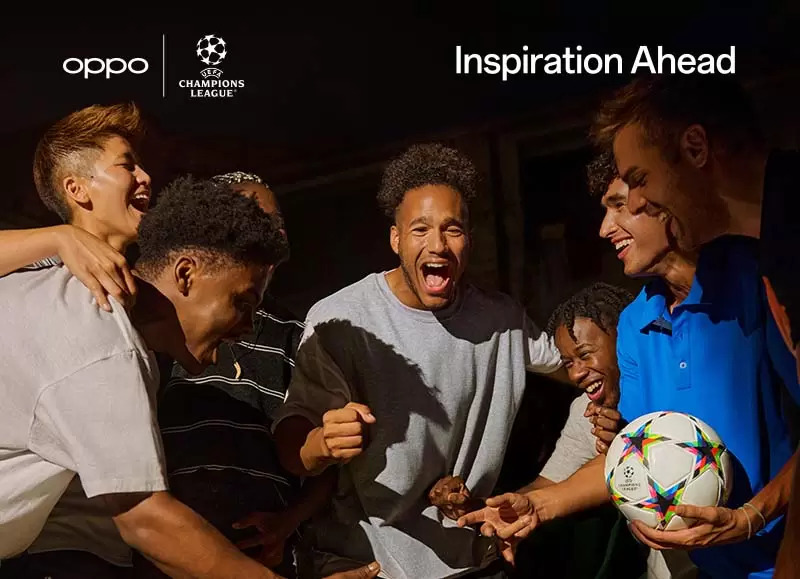 As they strive to become a reputable global brand, OPPO always relies on heavy promotions and partnerships with various companies. As part of their strategy, OPPO has announced that for the next two seasons, they will collaborate with UEFA on various UEFA competitions, such as the UEFA Champions League, UEFA Super Cup, UEFA Futsal Champions League Finals, and UEFA Youth League Finals.

OPPO will work closely with UEFA to highlight the thrilling moments on and off the pitch, and to help fans witness, hear, and share moments from the 2022–23 and 2023–24 seasons.

By appearing on broadcast backdrops, in stadiums, and in extensive perimeter advertising as well as on the UEFA Champions League website and social media, OPPO believes that this partnership will increase brand visibility for their product.

Leading OPPO devices will also be featured as part of the partnership, including its Find and Reno mobile series, as well as new and upcoming OPPO IoT products like OPPO headphones and an OPPO smartwatch. These

Additionally, throughout the UEFA Champions League season, OPPO will give football fans the exceptional chance to visit the field and record important moments with OPPO smartphones.

We're chuffed to announce our partnership with @ChampionsLeague for the 2022-23 and 2023-24 seasons🥳
We'll be working with UEFA to spotlight inspirational moments on and off the pitch, while helping fans witness, hear & share throughout the seasons!#OPPOxUCL #InspirationAhead pic.twitter.com/9u5q5hG25B

Regarding the partnership, William Liu, President of Global Marketing of OPPO, said

We are excited to partner with UEFA and work with them to drive inspiration for football fans during UEFA competitions. At OPPO, we believe in the power of innovation to help us overcome life’s challenges, and this synergy with UEFA’s desire to fight in the face of adversity, makes this a perfect partnership.

We are delighted to welcome OPPO to the UEFA sponsor family with the world’s greatest club competition – the UEFA Champions League. OPPO is a global leader in mobile technology and together, we are looking forward to advancing our efforts of connecting and inspiring football fans around the world.