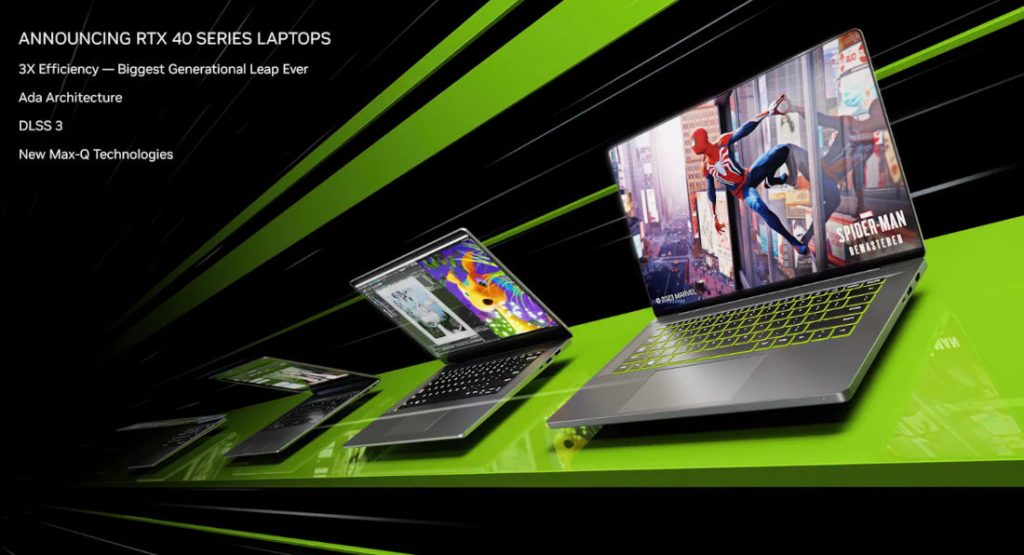 NVIDIA just announced the GeForce RTX 40 Series for laptops at its CES 2023 event. This brings the NVIDIA Ada Lovelace architecture — with support for DLSS 3, AV1 and more — and fifth-generation Max-Q technologies for maximum performance and efficiency.

NVIDIA said that the new GeForce RTX 40 Series laptops are up to 3x more power efficient than the previous generation. For gamers, the RTX 40 Series laptops promise up to 4x the performance in AAA games like full ray-traced Cyberpunk 2077 with new RT Overdrive Mode, and, for creators, they offer blazing-fast acceleration in top creative apps such as Blender. 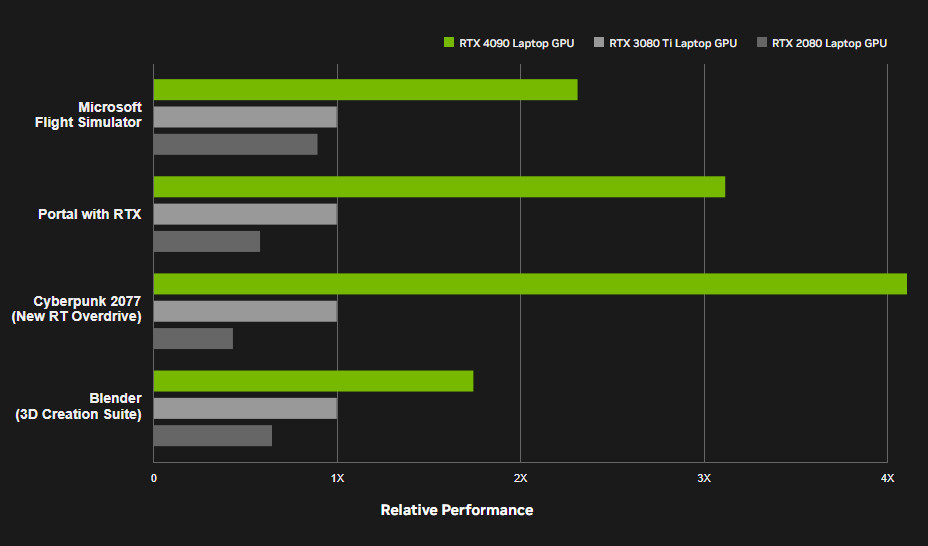 The top-end RTX 4090 and RTX 4080-powered laptops lets you game in three 4K monitors at 60 frames per second — enough to power a professional-grade driving simulator.

Creators can use the NVIDIA Omniverse platform for photorealistic, 3D virtual world building at 4K with fully simulated physics, lighting and materials.

Streamers can livestream games at 4K 60 fps with AV1 encoding to Discord, and Ada’s new dual encoders cut video export time in half.

The new RTX 4070, 4060 and 4050 laptops are faster than the previous-generation flagship model, and the company says that these use one-third the GPU power.

They deliver 80 fps, 1440p ultra-gaming and transform creation processes like rendering scenes in Blender, which used to take two and a half hours, to just 10 minutes. 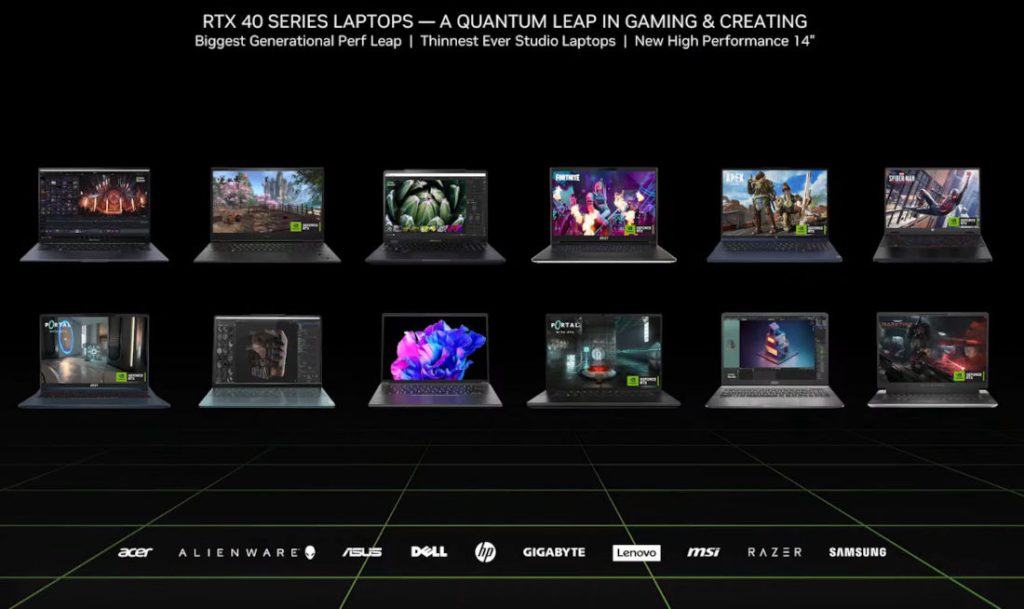