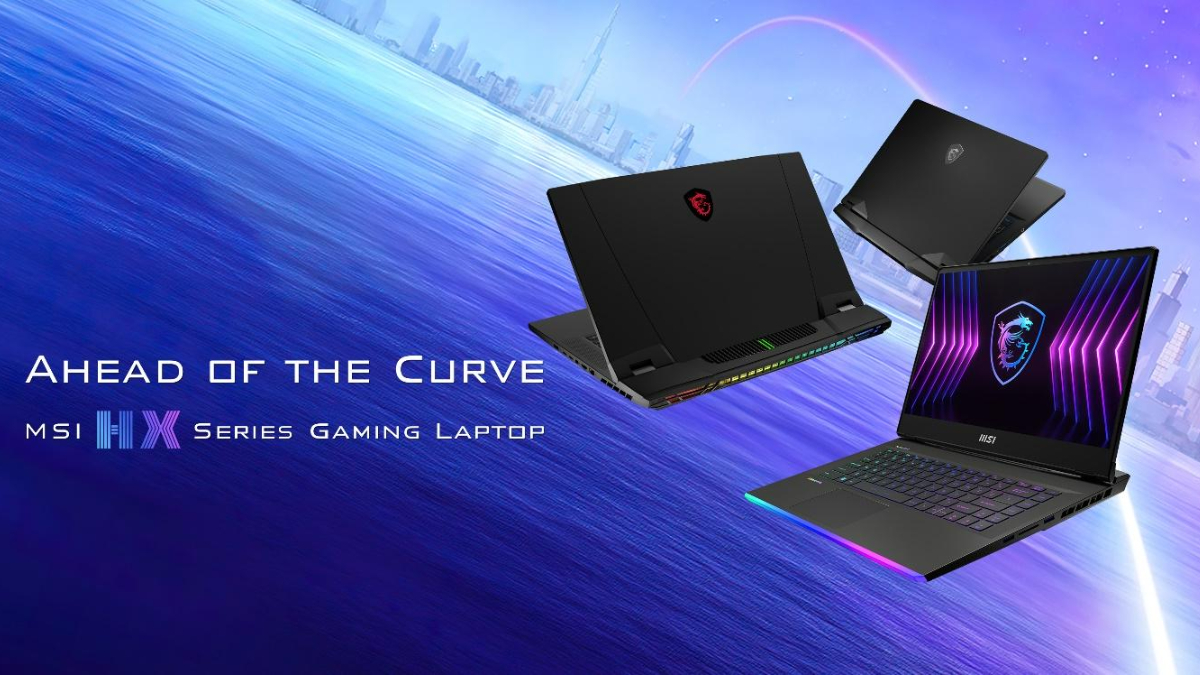 MSI has launched a new gaming laptop lineup in India, featuring the most recent 12th Gen Intel HX series CPUs. The latest collection of high-end laptops not only offers exceptional performance but also a host of cutting-edge innovations, such as the first QHD 240Hz OLED display in the world, an integrated mechanical keyboard with Cherry MX switches, and an exclusive built-in colour calibration report. With Intel Core i7 or higher processors and NVIDIA GeForce RTX 3070 or higher graphics cards, the latest line of laptops delivers quality gaming for the most performance-obsessed aficionados. 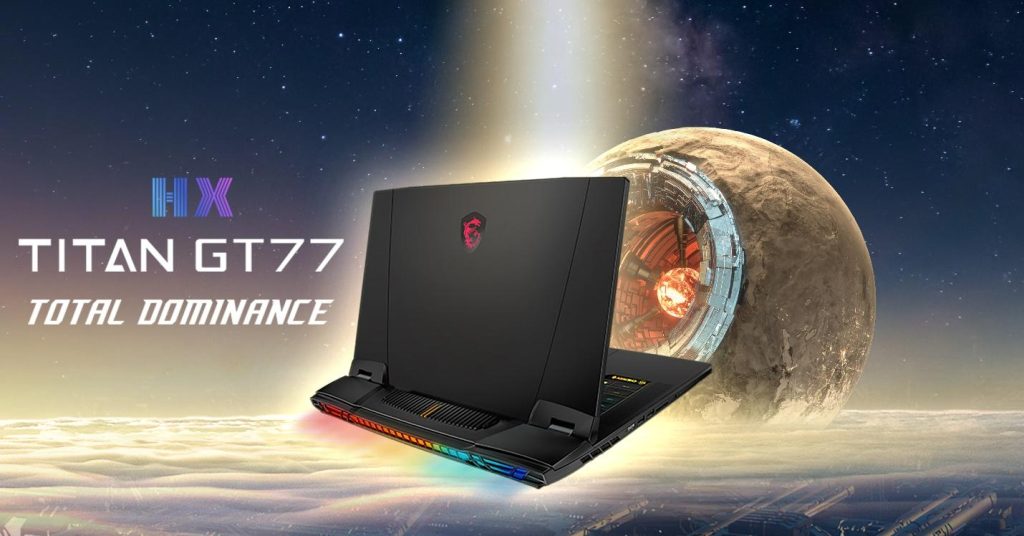 The Titan GT77 takes performance further with proprietary OverBoost technology, delivering 250W of combined power to the CPU and GPU for desktop-level performance. With 4 memory slots and 4 M.2 slots, the new Titan GT77 can be expanded as much as a desktop. It can hold up to 128GB of memory and 32TB of storage, which is enough for multiple AAA games or tabs.

The new Titan GT77 has better performance and expandability, and its mechanical keyboard with a Cherry MX Ultra Low Switch raises the bar for laptop keyboards. It’s per-key RGB backlit and managed by SteelSeries GG software, providing a fancy backlight with personal taste. The RGB light-bar at the back of the laptop is likewise controlled by GG software. The new Titan GT77 packs desktop-caliber performance and expandability in a 23mm-thin chassis. It received the heart of the authorities and the Best of COMPUTEX Award Gold Choice 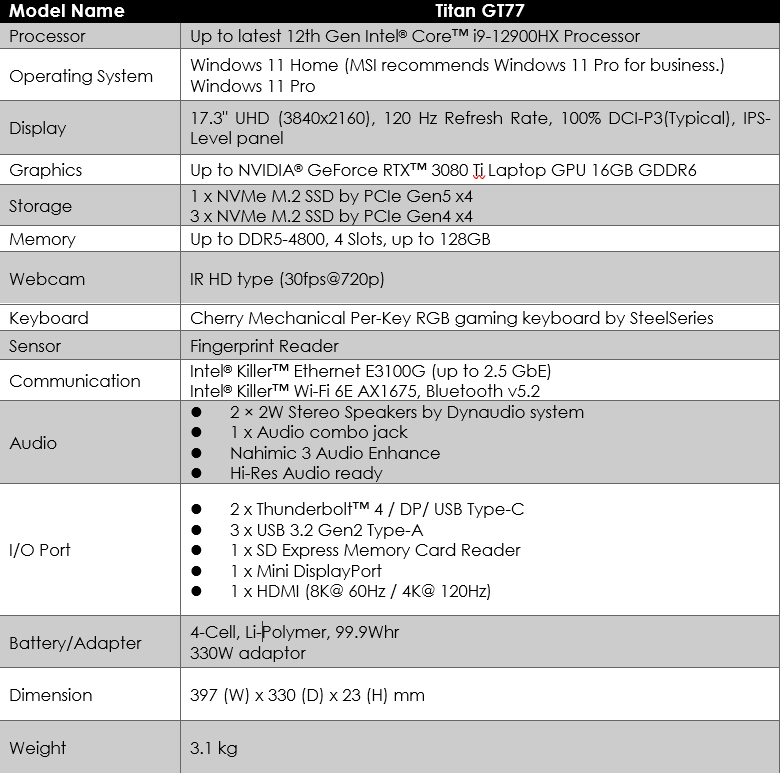 The latest Raider GE67 has the world’s first QHD 240Hz OLED display, which shows these impressive performance improvements in the best way possible. It balances resolution and refresh rate and provides a visual feast with a 0.2 ms response time, a DCI-P3 100 percent colour gamut, and a 1,000,000:1 contrast ratio. 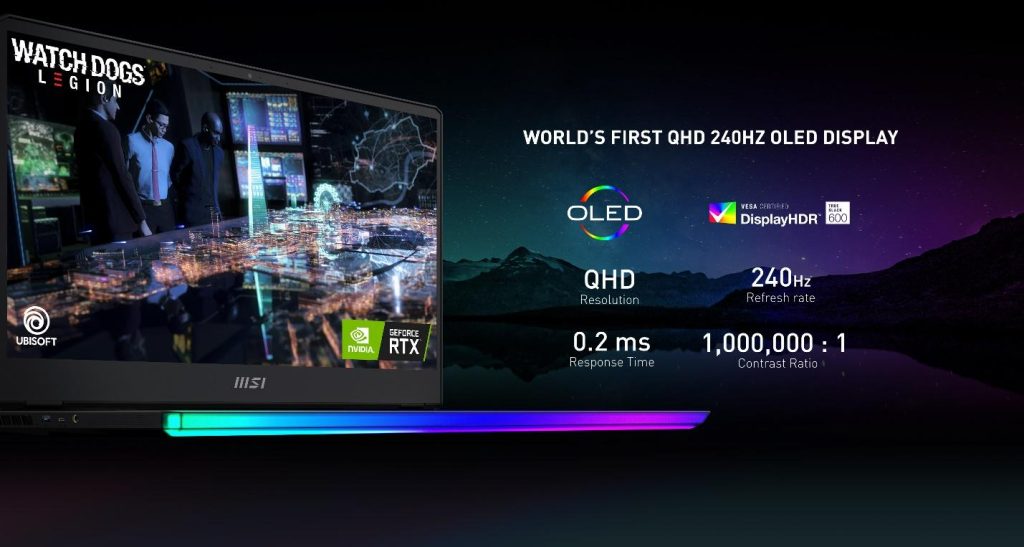 The Raider GE series, which has long been the benchmark for current gaming laptops in terms of raw performance, is now available to gamers with its fully updated 16-core Intel® HX CPU, which offers up to 150W MTP (Maximum Turbo Power). Thanks to the unique OverBoost technology, gamers benefit from the combined 250W power of the CPU and GPU. 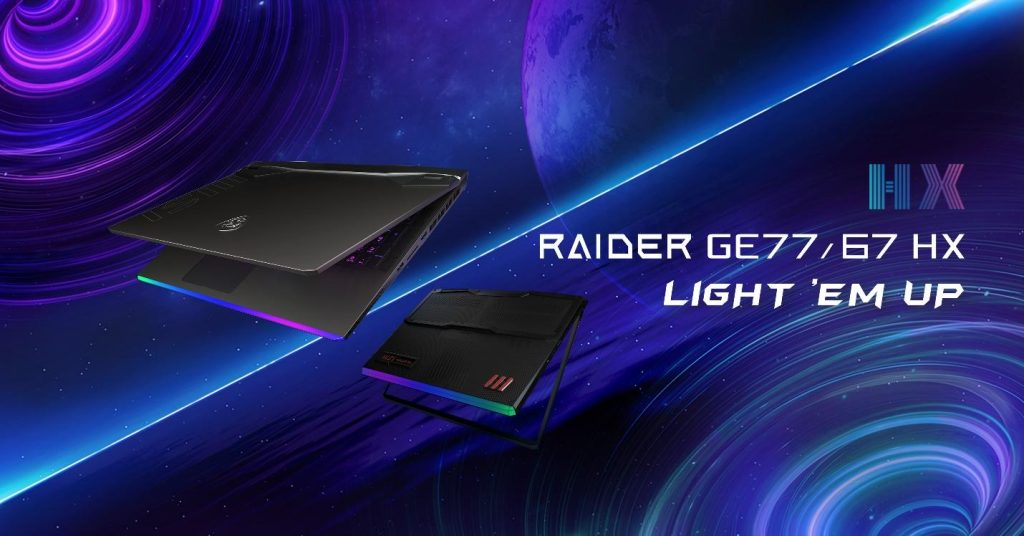 The term “Vector” stands for MSI’s anticipation that the GP series will have all the power necessary to advance with a fulfilling experience in gaming, engineering, or scientific computing. The Vector GP Series was created with a novel concept. The Vector’s performance can go as high as 250W using Cooler Boost 5 Technology and MSI OverBoost. For gamers, these qualities produce a fluid and excellent gaming experience. 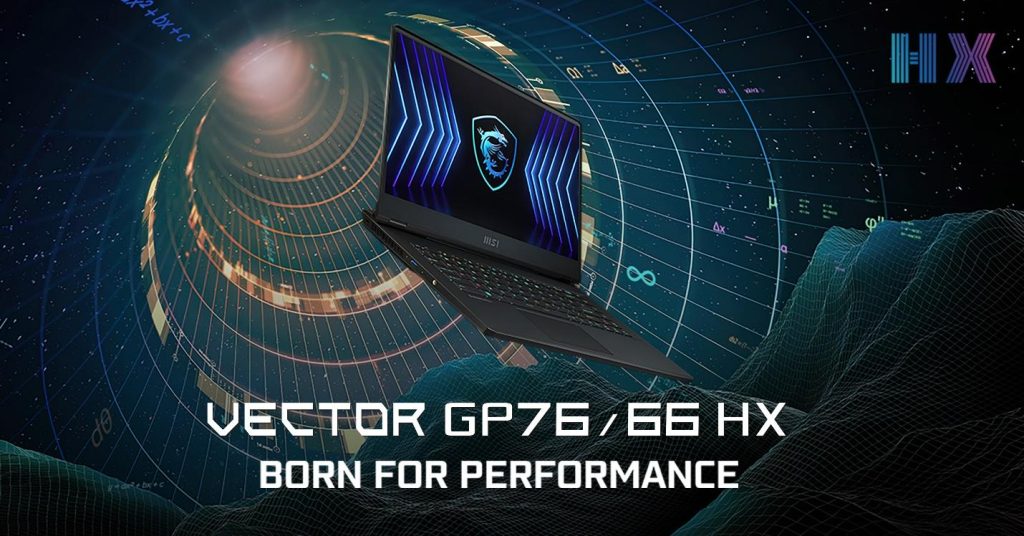 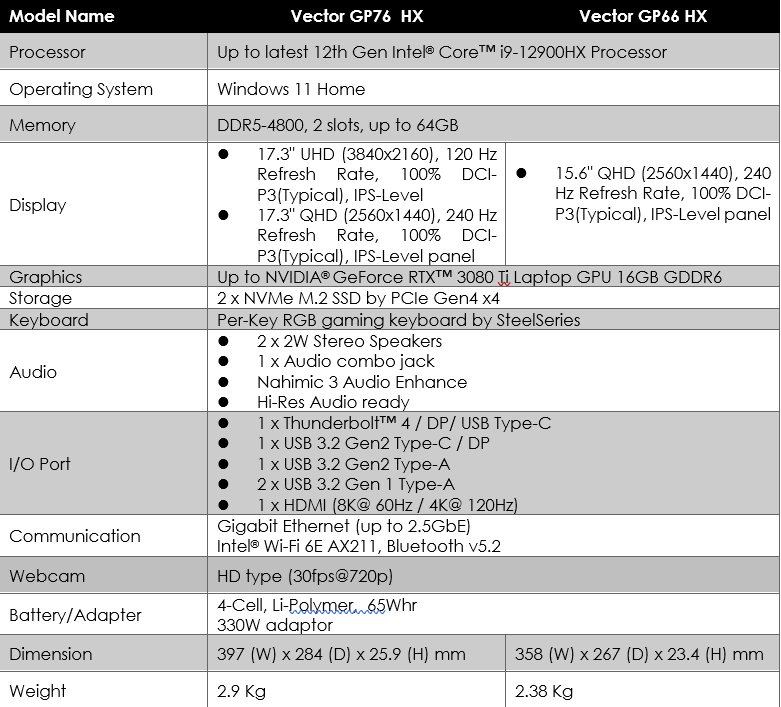 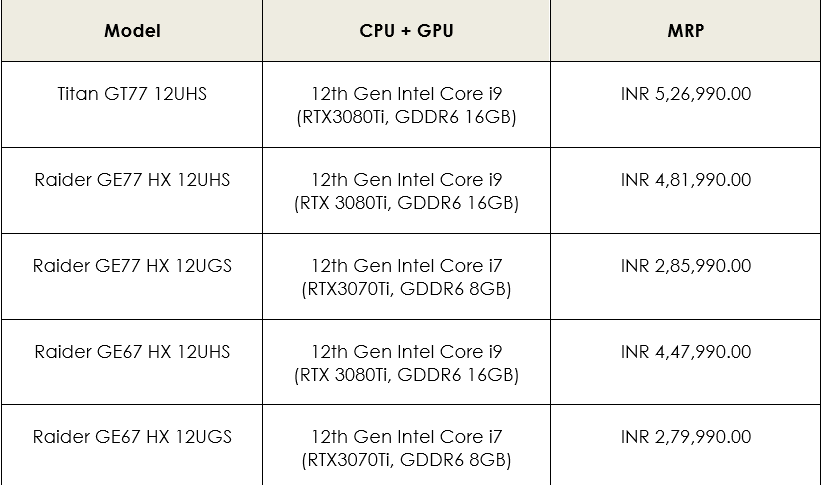 The new range of laptops is available at a starting price of INR 2,79,990/-from today onwards on MSI authorized online and offline resellers. The MSI Vector GP76 HX/66 HX will be available on the market in August.

We are delighted to announce the availability of all new HX Series Gaming laptops in the Indian market. With this new range, we aim to cater to a comprehensive set of users who are in the lookout for enhancing their gaming experience with cutting edge features and superior performance laptops.

Being the first ones in the market to introduce QHD 240Hz OLED display in laptops, we are confident that we will be able to offer the best with remarkable features like RGB light-bar and mechanical keyboard, SteelSeries GG software and Meta-Ready certification to our gaming enthusiasts. Further to this launch, MSI aims to continue its streak of offering powerful machines with the latest technology to ensure seamless user experience.