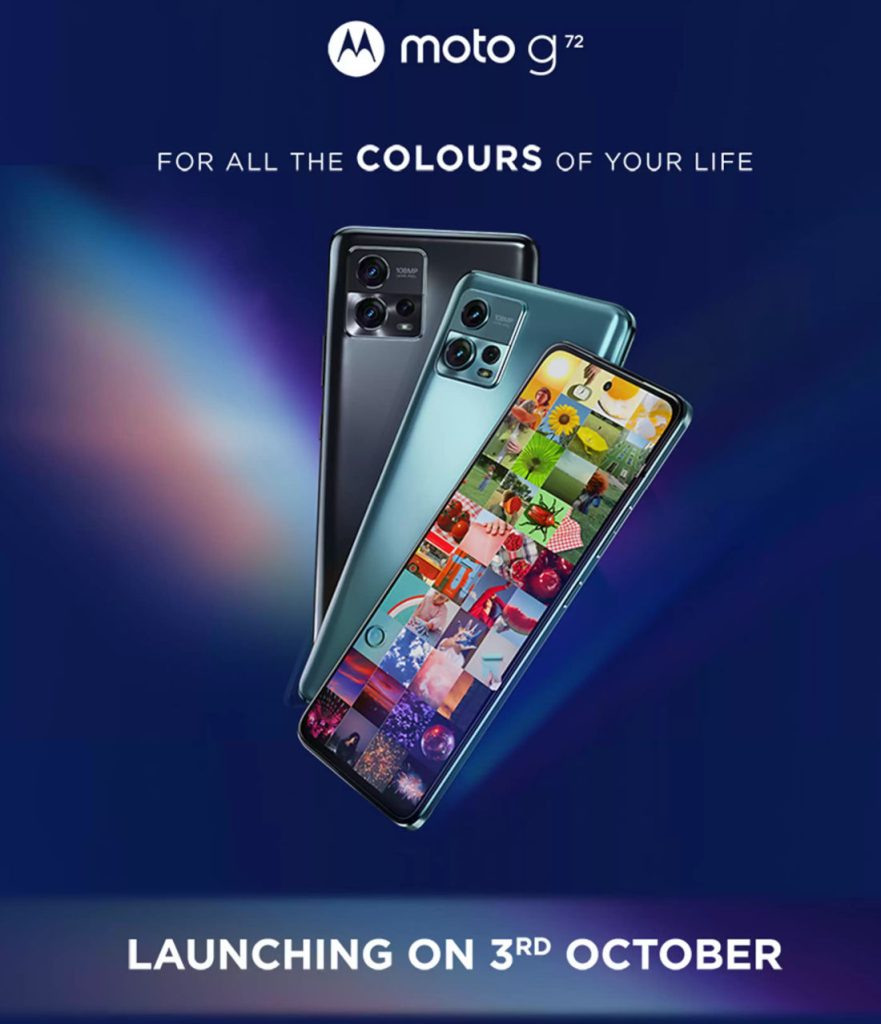 After leaks, motorola has confirmed the launch of moto g72, the company’s next smartphone in the g series in India on October 3rd. This is not the successor of the moto g71 5G since this is a 4G phone powered by MediaTek Helio G99 SoC compared to Snapdragon 695, so we can expect a 5G model in the future. 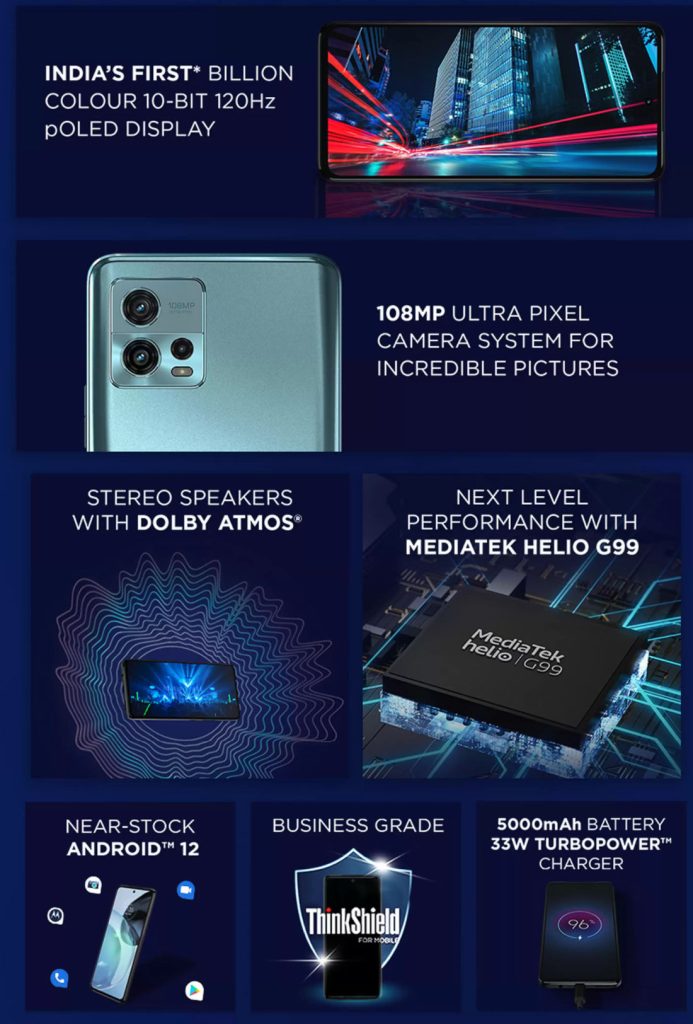 The company says that it will be the first phone in India to feature a 10-bit 120Hz pOLED screen in the segment. The screen will have 576Hz touch sampling rate and 1300 nits peak brightness. The phone will have an in-display fingerprint scanner.

It has also confirmed 108MP rear camera along with an ultra-wide camera with depth option and a macro camera. It will have stereo speakers with support for Dolby Atmos. The phone will run Android 12 and pack a 5000mAh battery with TurboPower 30 charging and a 33W charger in the box.

Click away with impeccable details using 108MP Ultra pixel Camera System of the #motog72 which gives you incredible pictures, every time. Get ready for all the colours you want with #motog72. Launching 3rd October on @flipkart.

The moto g72 will come in Meteorite Gray and Polar Blue colours in 6 GB RAM with 128 GB storage model. We should know the price of the phone when it is launched next week.