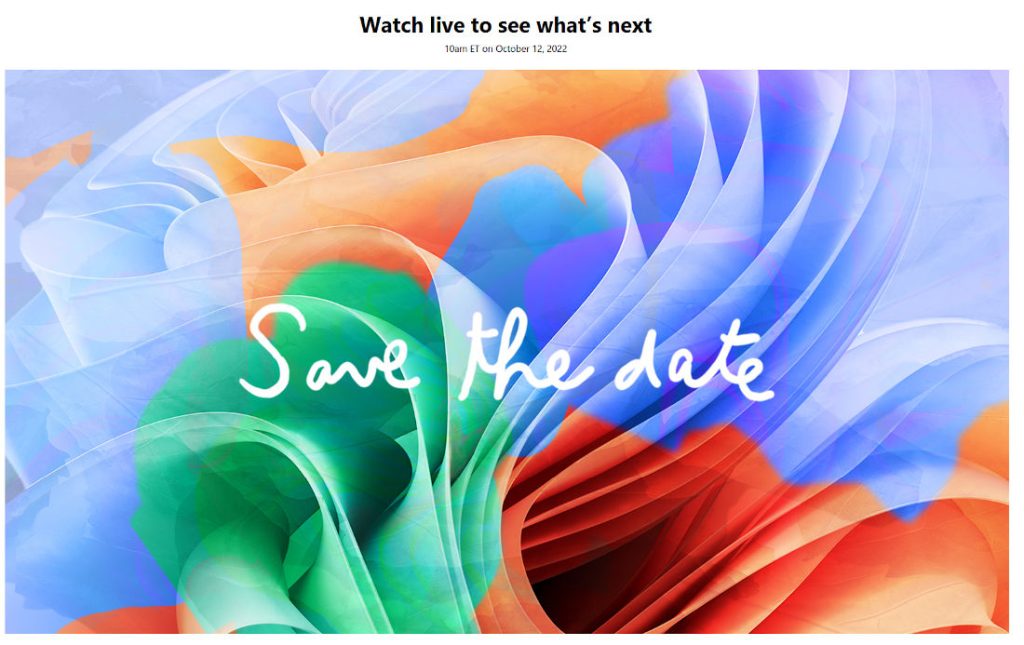 After releasing that Windows 11 2022 update this week, Microsoft today scheduled an event on October 12th to introduce new Surface devices. The invite just says ‘Save the date’ and the company says that ‘watch live to see what’s next’ along with the time and date. It also has colours of the Windows 11 wallpaper.

The Surface Pro 9 is said to come in two models 12th Gen U-series Intel i5 and i7 CPUs and the Microsoft SQ3, which is based on the Arm-based Snapdragon 8cx Gen 3 processor. It is expected to come with 256GB to 1TB SSD storage and up to 16GB RAM. Based on rumours, it will get new Sapphire (blue) and Forrest (green) colours, in addition to the usual Graphite and Platinum.

The Microsoft Surface event on Wednesday, October 12th starts at 10am ET (7:30 PM IST), and the company will offer live stream as usual.