MediaTek just announced Dimensity 9200, the company’s latest flagship SoC, as it had promised. It is the first to use second-generation TSMC’s 4nm process tech that has a better heat dissipation package design and the CPU peak performance power consumption reduced by 25%, compared to the predecessor, says the company. 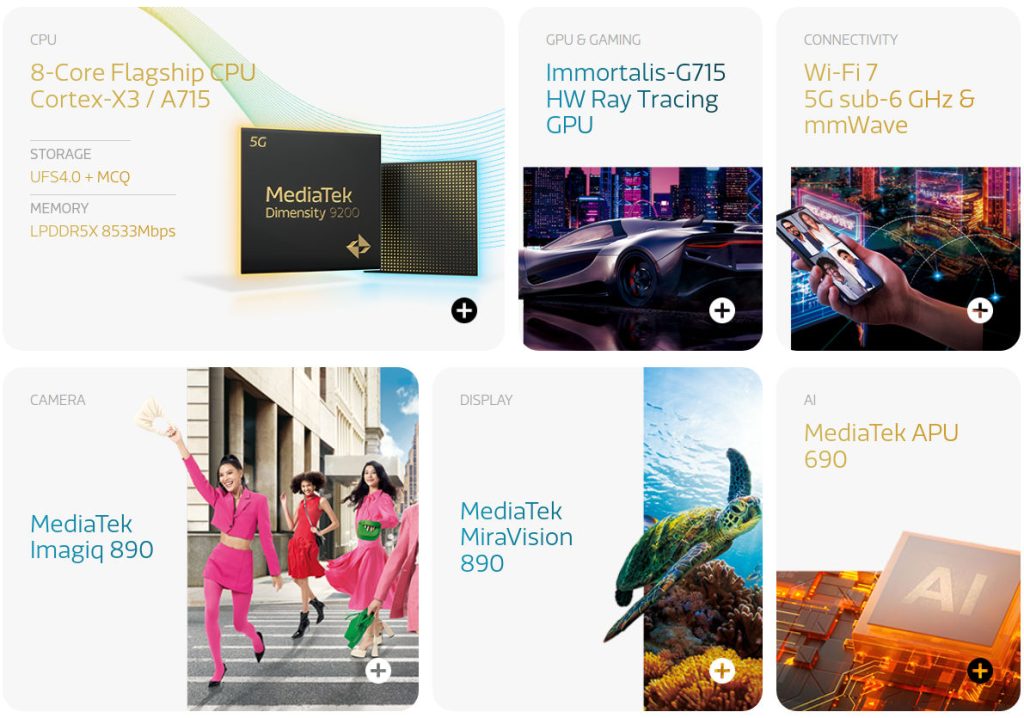 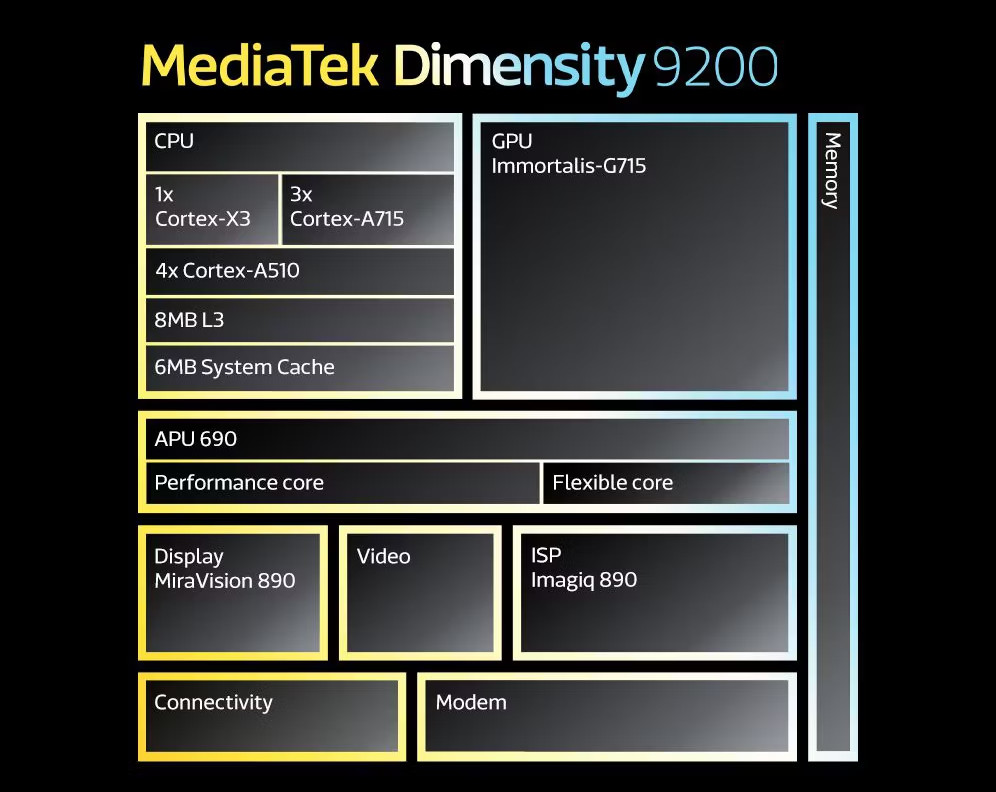 It is the first to use the latest 1 x ARM Cortex-X3 prime core clocked at 3.05GHz and 3 x 2.85GHz A715 performance core while retaining the 4 x 1.8GHz A510 power efficient CPU cores. At the event, the company said that it has achieved 1.26 million points on AnTuTu surpassing all current Android flagship phones. 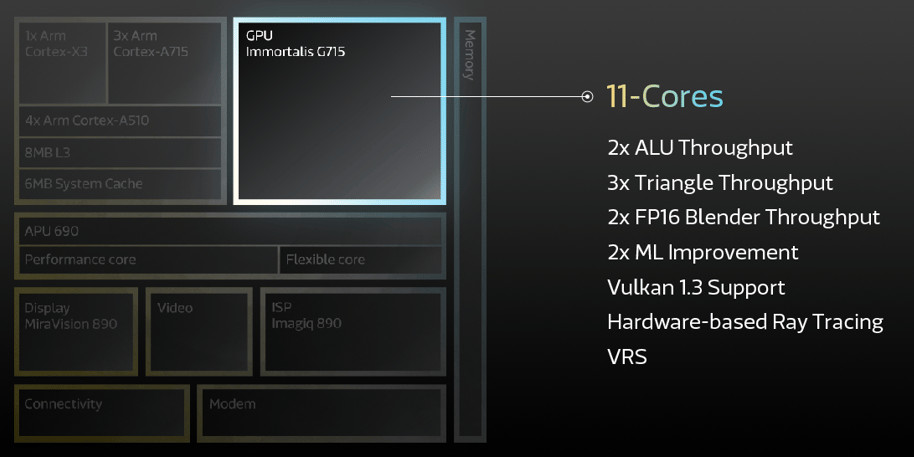 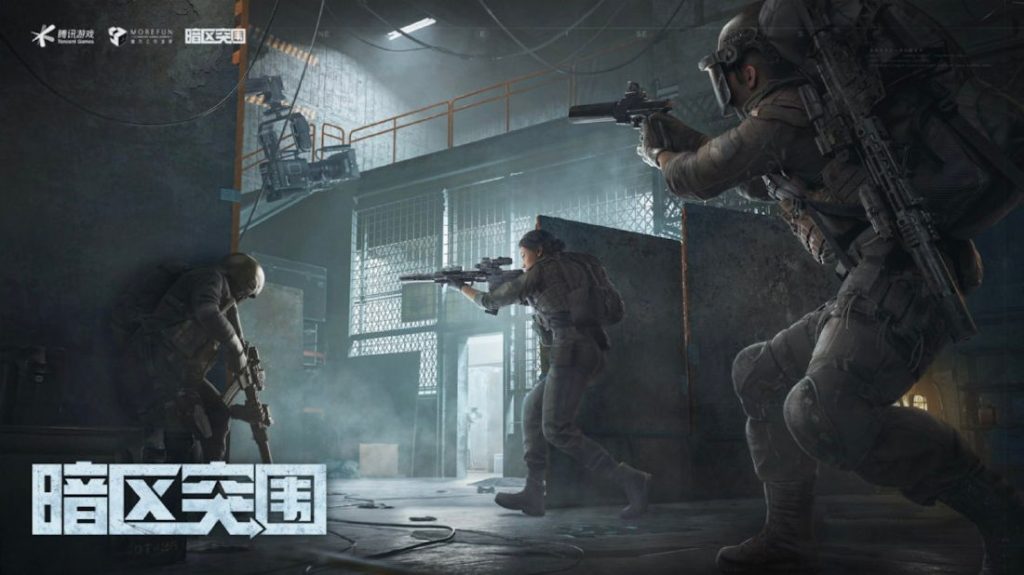 MediaTek said that it has partnered with Tencent’s Dark Zone Breakout for enabling mobile ray tracing technology and create the ultimate gaming experience for gamers. By working in game engine optimization and meticulous polishing, it promises realistic effects such as shadows, reflections, and ambient lighting.

The Dimensity 9200 supports MediaTek’s HyperEngine 6.0 Gaming Technology for fast, fluid action so gamers can immerse themselves in every scene, in epic detail.

The chipset’s sixth generation AI Processing Unit (APU 690) enhancements include up to 35% faster performance in ETHZ5.0 benchmark compared to the fifth generation APU and also reduces the power consumption of various AI applications. 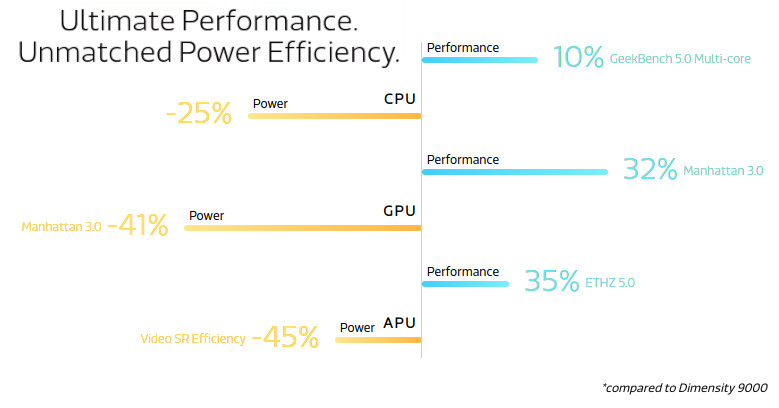 MediaTek Imagiq 890 can grab the raw images straight from the sensor making your AI-camera faster and extending battery longer than ever before.

It is the world’s first chip to support native RGBW sensor. RGBW sensors give 30% more light sensitivity, and this chip is the first to support them natively, giving it a 34% power efficiency advantage. HDR and low-light video and photo captures produce brighter, sharper pictures with notably greater detail.

MediaTek AI Region PQ identifies regions, objects and scenes within each image and applies select enhancements such as AI-Color, blur mitigation, and tracking bokeh respectively to static shots, in motion, and for multiple people together.

The Dimensity 9200 is the first Wi-Fi 7-ready smartphone platform, supporting up to 6.5 Gbps data rates. The chipset integrates an advanced, built-in 5G modem with AI for faster network searching, 5G connection recovery out of dead zones, and other intelligent connectivity enhancements.

The MediaTek Dimensity 9200 will be available by the end of 2022. At the China launch event, vivo confirmed that it will be one of the first to launch the Dimensity 9200-powered phone. This should be the vivo X90 series that is expected next month.

In addition, executives from OPPO, Xiaomi, HONOR, Transsion, ASUS ROG and other more said that they are looking forward to launch equipped with the Dimensity 9200 chip without confirming the model numbers.