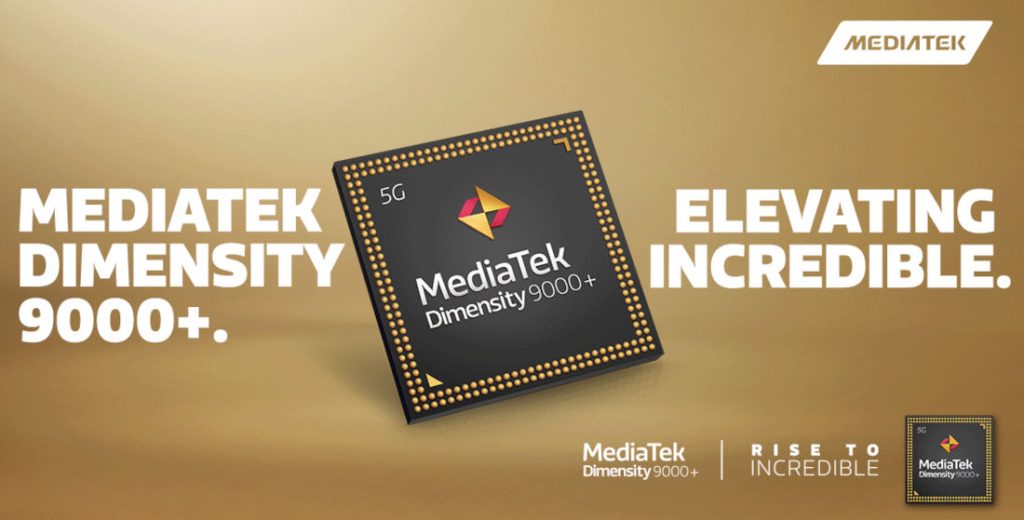 MediaTek today announced the Dimensity 9000+, an enhanced version of the Dimensity 9000 which was introduced in November last year. This has the same Arm’s v9 CPU architecture, 4nm octa-core process, but the 1x ultra-Cortex-X2 core operates at up to 3.2GHz compared to 3.05GHz in the Dimensity 9000 while retaining, 3 x 2.85GHz super Cortex-A710 cores and 4 x 1.8GHz efficiency Cortex-A510 cores from the predecessor. 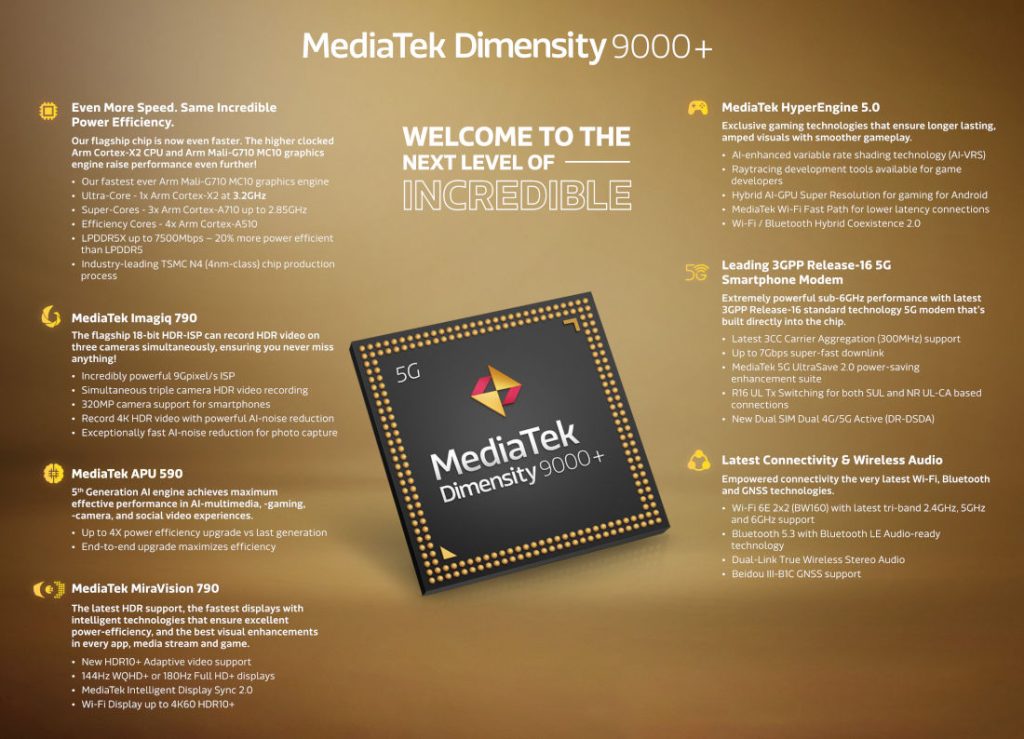 “The advanced CPU architecture and Arm Mali-G710 MC10 graphics processor built into the new chipset provide more than a 5% boost in CPU performance and more than 10% improvement in GPU performance,” said the company.

It still uses TSMC 4nm process tech, and retains other specifications including support for LPDDR5X RAM up to 7500Mbps, 8MB L3 CPU cache and 6MB of system cache, Bluetooth 5.3, 5th gen AI processing unit (APU), Imagiq790 18-bit ISP with HDR to support 320MP camera, processing speeds of up to 9 gigapixels per second, Wi-Fi 6E, New GNSS with Beidou III-B1C and 3CC carrier aggregation with up to 300MHz of Sub-6 bandwidth for download speeds of up to 7Gbps.

Smartphones powered by the MediaTek Dimensity 9000+ are expected to be released in Q3 2022.

Building on the success of our first flagship 5G chipset, the Dimensity 9000+ ensures that device makers always have access to the most advanced high-performance features and the latest mobile technologies, making it possible for their top-tier smartphones to stand out. With a suite of top-tier AI, gaming, multimedia, imaging and connectivity features, the Dimensity 9000+ delivers faster gameplay, seamless streaming and an all-around better user experience.