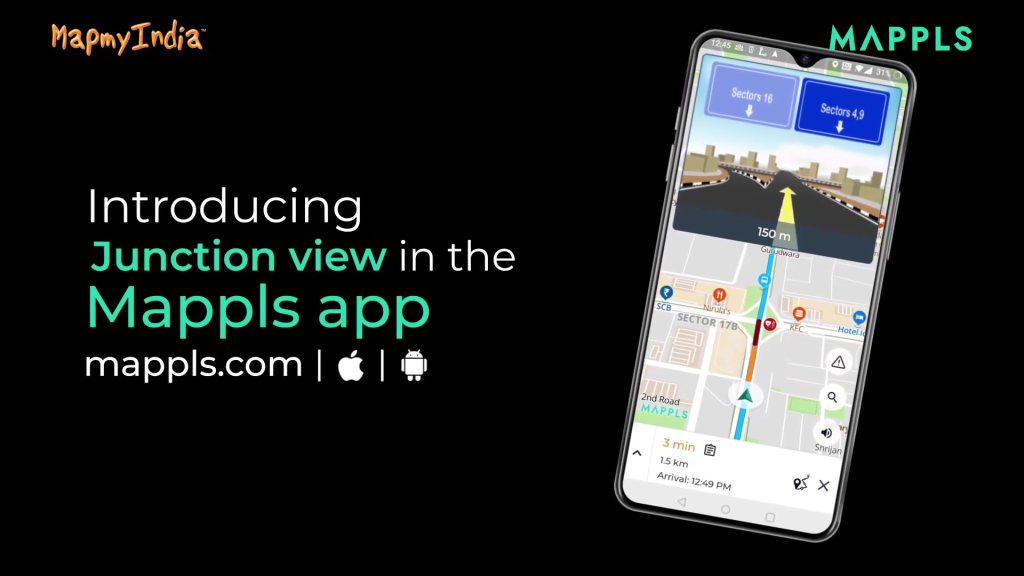 According to the company, more than 80% of the drivers polled during the development of MapmyIndia Mappls’ “junction view” feature, the function is intended to help people navigate confidently while approaching flyovers, junctions, and forks.

A unique feature that Indian users do not receive from foreign default maps apps is the tens of thousands of junction views that can be found in the Mappls app, with ever-expanding coverage, across thousands of cities and highways, including major cities like Delhi, Noida, Gurgaon, Kolkata, Mumbai, Pune, Hyderabad, Bangalore, Chennai, Ludhiana, Lucknow, etc.

Driving in a new place might be stressful when making a quick decision near a flyover, and multiple turn alternatives might be confusing and cause accidents. With MapmyIndia, drivers won’t miss the next exit, the company says.

The “Junction View” feature is readily accessible on the Mappls App by MapmyIndia; users can get the app from Android and iOS app stores.

Being the pioneer in the industry since 1995, we constantly strive to improve people’s experiences through world-class technology. Nowadays, maps have become an intrinsic part of every commuter’s life calling for constant innovation to make road journeys safe. We noticed the hindrances and accidents caused by the confusion while taking the right path or turning at the junctions and forks.

Noticing the need, our team worked diligently to come up with this feature that will help reduce travel time, costs, hassle, and road accidents, which is critical in the Indian context. We appeal to all to use the free, swadeshi Mappls app which offers such advanced safety and smart navigation features and encourage others in their social and professional networks as well as organizations to download and use the free Mappls app.