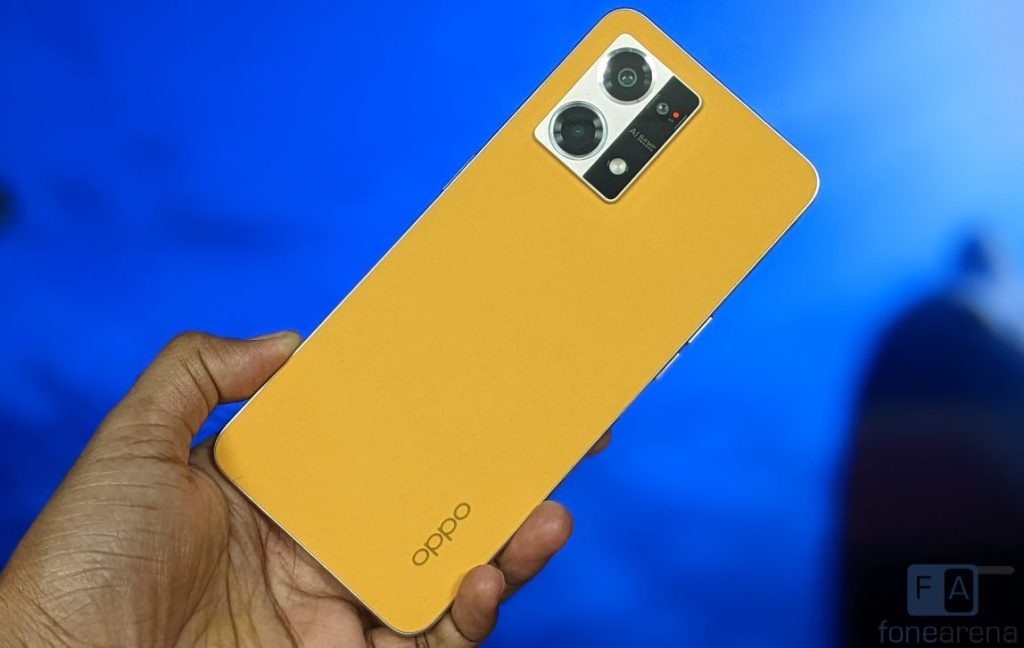 Counterpoint Research has published an interesting market study on ‘Made in India’ smartphone shipments, which increased 7% year-on-year (YoY) in Q1 2022 to reach more than 48 million. OPPO, which also manufactures the realme and OnePlus smartphones in India, led the increase in “Made in India” shipments with a 22% increase over the previous year, followed by Samsung in second place. However, due to low demand, feature phone production fell by 42% year-on-year.

The local smartphone manufacturing ecosystem, according to the research firm, has remained resilient in the face of global component shortages. One of the primary drivers of growth is the Government of India’s Production Linked Incentive (PLI) scheme for mobile handsets, which has proven to be an accelerator for local manufacturing. 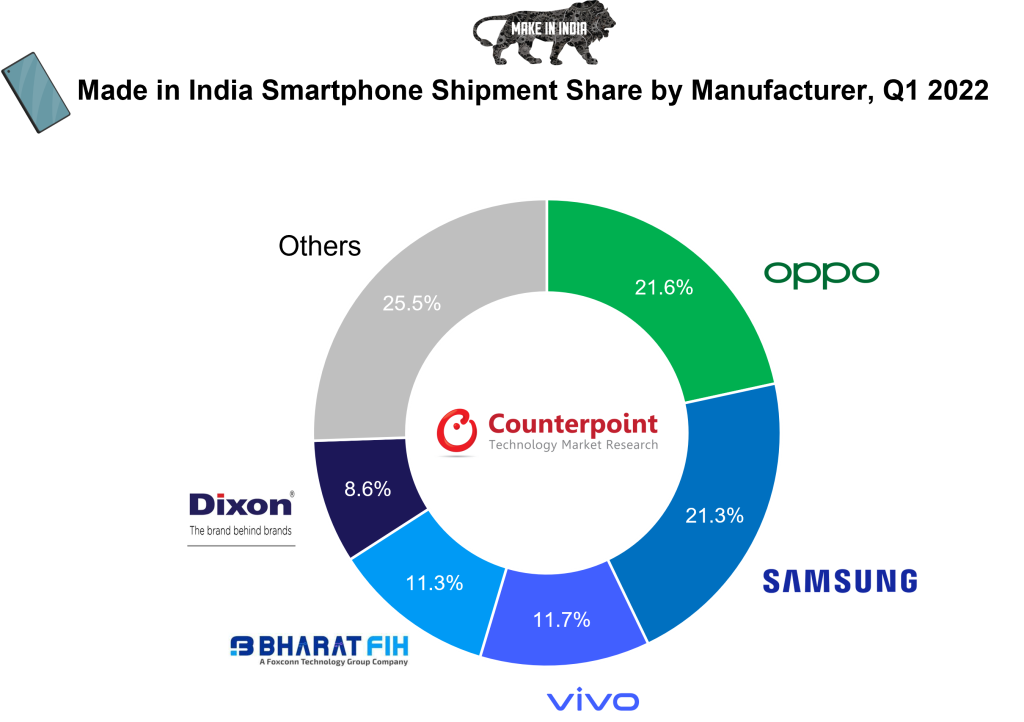 In terms of market share, smartphones manufactured by third-party EMS capture 42 percent of the market share in local manufacturing, with shipments increasing by 4 percent year-on-year. In Q1 2022, Bharat FIH was the leading EMS provider with 11.3% share, followed by Dixon Technologies with market share of 8.6%.

Counterpoint is expecting a 4% YoY growth in handsets manufactured in India, which will eventually strengthen India’s manufacturing capabilities and force the development of manufacturing facilities.

Smartphone manufacturing is increasing in India. In 2021, the shipments of ‘Made in India’ smartphones crossed 190 million units. The increasing smartphone demand in India as well as increasing exports are the major reasons for the continued growth. Support has also come from the Indian government’s various initiatives to increase local manufacturing. However, the manufacturing of feature phones declined 41% YoY in Q1 2022 due to falling demand for the past few quarters.

Our commitment to ‘Make in India’ has been unwavering and will continue to be a key pillar of growth for OPPO in India. This recognition is a testimony to our efforts in the country. We will continue to create industry-leading products and technologies that are focused on Indian consumers through our R&D and manufacturing ecosystem.