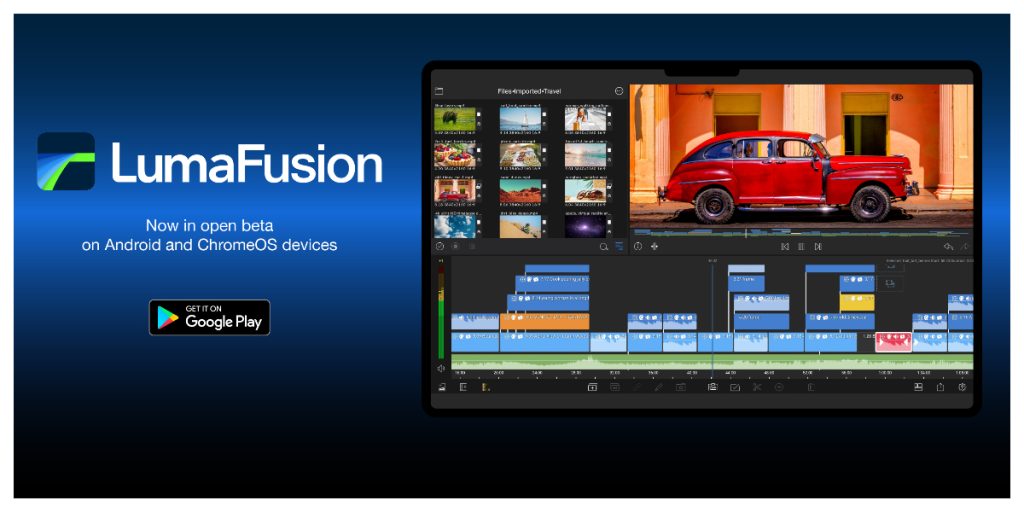 In addition, LumaFusion for Android is now in beta with support from Samsung. Since it was announced at Samsung Unpacked, this is something that only the Galaxy Tab S8 series has. Many users have compared it to Final Cut Pro, praising its inclusion of standard tools like text overlays, multi-layer timelines, LUTs, and colour correction options.

All of the features include basic tools for motion graphics and a seamless way to connect with Storyblocks. The availability of this app makes it a good choice for Chrome OS laptops with touchscreens, and maybe even for Chrome OS tablets and Android devices.

LumaFusion offers a simple, beautiful, yet powerful video editing experience in a fluid, intuitive, and exciting story-telling environment. It has different aspect ratios and framerates, track stacking, cropping, audio mixing, custom titling, and multi-layer effects with keyframing, among other features.

LumaFusion is readily available to download from the Google Play Store for Android and Chrome OS, and is also available on the Galaxy Store for Samsung devices.

Reagarding the announcement, the company, in its blog post, said:

Customers who choose to purchase during the open beta will receive the final version at no additional cost when it becomes available. We’re continuing to make improvements to the open beta to deliver the full LumaFusion video editing experience on Android and ChromeOS.