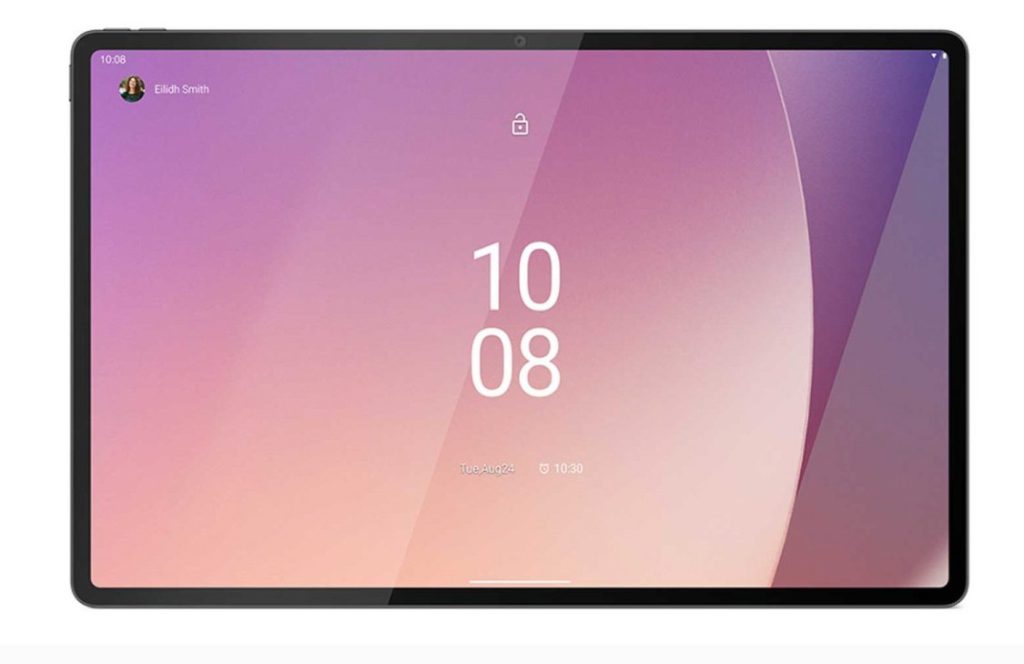 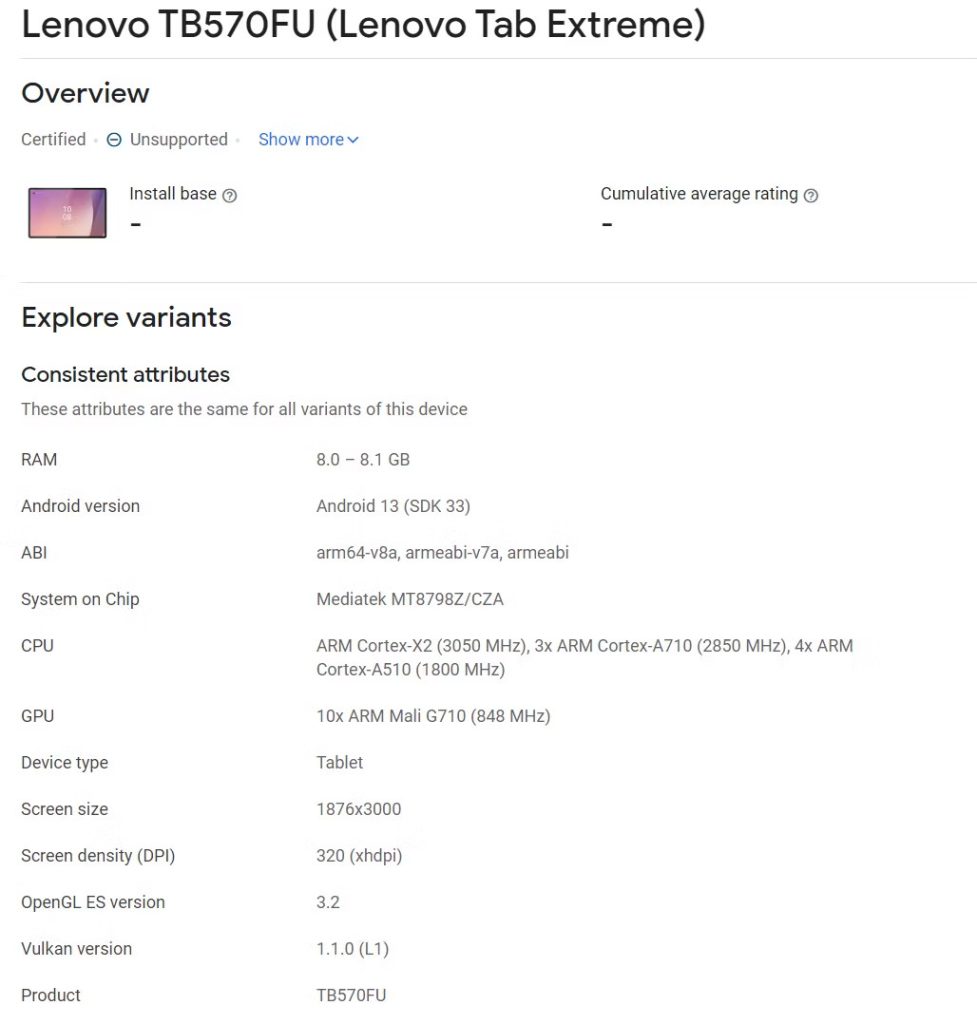 The listing also reveals that that tablet will run Android 13 out of the box, and it will feature a 3K display with a resolution of 3000 x 1876 pixel display with 320 PPI pixel density, hinting at an 11-inch screen for the tablet.

The image shows a camera in the bezel. On the upper-left there are volume buttons and a power button. We still don’t have an image for the back, camera or battery specs yet.

The Lenovo Tab Extreme could be the successor to the Lenovo Tab 12 Pro which was introduced last year powered by Snapdragon 870 SoC. The company unveiled the P11 Pro (2nd Gen) with MediaTek Kompanio 1300T SoC in September, but it is yet to introduce a new flagship tablet for this year.