A fictional character from a book allegedly comes to life and is said to be a mastermind behind series of murders happening in and around the city of Mumbai. Sounds interesting right? But how would you justify this one-line idea? Can’t think of a suitable story? That’s exactly what happens with Koi Jaane Na. It starts off well creating the intrigue and building up the anticipation around the plot, things go haywire as the story progresses. While the route taken to untangle this mystery is as cliché as it gets’, the bigger problem lies in the multiple loose ends to the story. 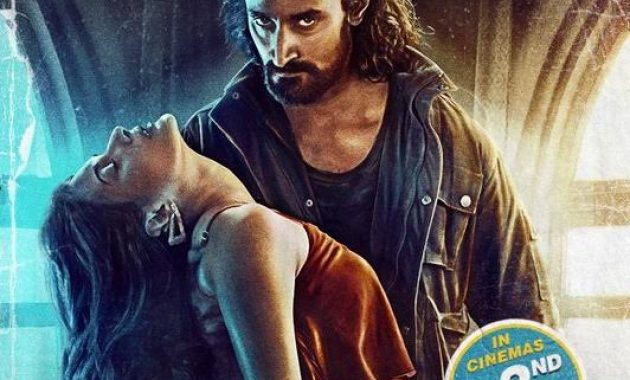 Director Amin Hajee establishes some conflicts in the first half, but all the characters go incognito post the interval. What happens to Kunal Kapoor’s ex-wife and publisher? What was their motive to hire a detective? Why would they want to frame Kunal Kapoor? Why does Kunal Kapoor keep all the prosthetic make up hidden from the world? What’s the outcome to the murder of an influential person in the first scene of the film? Are some questions that none can answer even after watching the entire film.

The background is impactful and builds some tension, but the writing is convoluted leading to loss of interest, particularly the second half. The biggest plus of Koi Jaane Na is surprisingly the music with good songs like Har Fun Maula (featuring Aamir Khan), the title track and Ishq Karo Dil Se. The production values too are decent for the budget of the film, however, the camera work and cinematography in some scenes is hazy and substandard. The dialogues, particularly, for the character of detective, played by Karim Hajee, is more of an attempt to be smart in word play using anecdotes from Bollywood music, but it ends up being cheesy to the core.

Koi Jaane Hai definitely had the potential, but it seems, just like the lead character, who is an author, even the writer director of the film was suffering from a writers’ block. The limited action scenes are done well, but the premise had the potential to inculcate multiple action and chase sequences, which might have worked in favour of the film. Talking of performances, Kunal Kapoor slips well to play the character of a renowned author, not able to write a sequel of his loved motivational novel due to a writer’s block. Through his characters, the makers also try to establish in a subtle manner the undue pressure put on the writers to come up with sequel to anything that’s successful, even if that’s against their will. Amyra Dastur does well to play a version of herself – free spirited for major chunk of the film. However, it’s Ashwini Kalsekar who steals the show as a dabangg police officer. She is in the character from the word go, and mouths some of best lines of the film with utmost conviction. Karim Hajee’s character in half-baked and required better writing – both in terms of dialogue and character sketch.

To sum it up, Koi Jaane Na is a thriller that’s devoid of any actual thrills, with a predictable narrative and cliché take in the psychological space. The one-line plot had the potential to keep us hooked onto the screen, but it’s lost while being translated into a screenplay. Watch Koi Jaane Na only if you want to see Aamir Khan back on the big screen after 4 long years, otherwise, wait for it to premiere on OTT, to help you kill some time on a lazy Sunday afternoon.