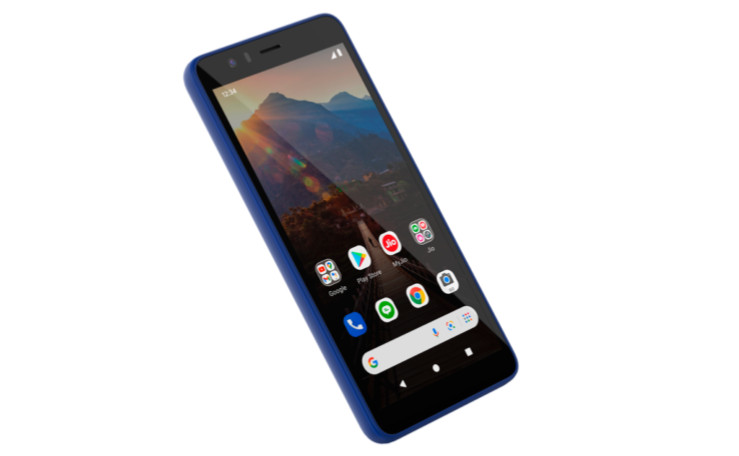 Reliance Jio is gearing up to launch the Jio Phone 5G, now the benchmarks of the phone with the model number LS1654QB5 has surfaced on Geekbench. The company already confirmed that it is working with Google to develop ultra-affordable 5G smartphones for India, and also announced a partnership with Qualcomm. 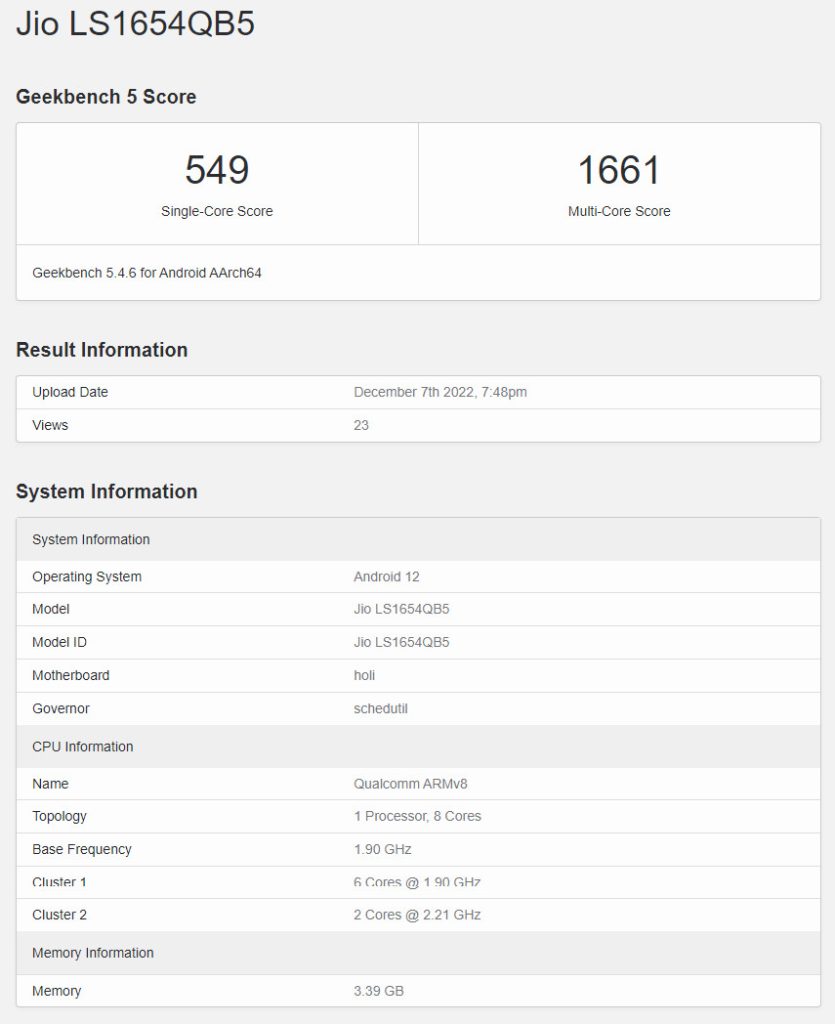 The benchmark results reveals Snapdragon 480+ SoC clocked at up to 2.2GHz with Adreno 619 GPU, 4 GB of RAM and Android 12 OS for the phone. The JioPhone Next was launched with Pragati OS with Jio apps preloaded, and the 5G phone should offer a similar experience.

The specifications revealed in the benchmarks coincides with the specs that surfaced in the firmware that also revealed the codename ‘ganga’ for the model.

Based on earlier rumours, the phone is said to feature a 6.5-inch HD+ 90Hz LCD screen, 13MP + 2MP dual rear cameras, 8MP front camera, 32GB storage and a 5,000mAh battery with 18W charging. It is not clear if the phone will feature a removable battery life the Phone Next.

The Jio Phone 5G could launch sometime in early 2023 along with wide roll out of Jio 5G services. Will the Jio Phone 5G be priced less than Rs. 10,000 to compete with the Lava Blaze 5G? We should know soon.