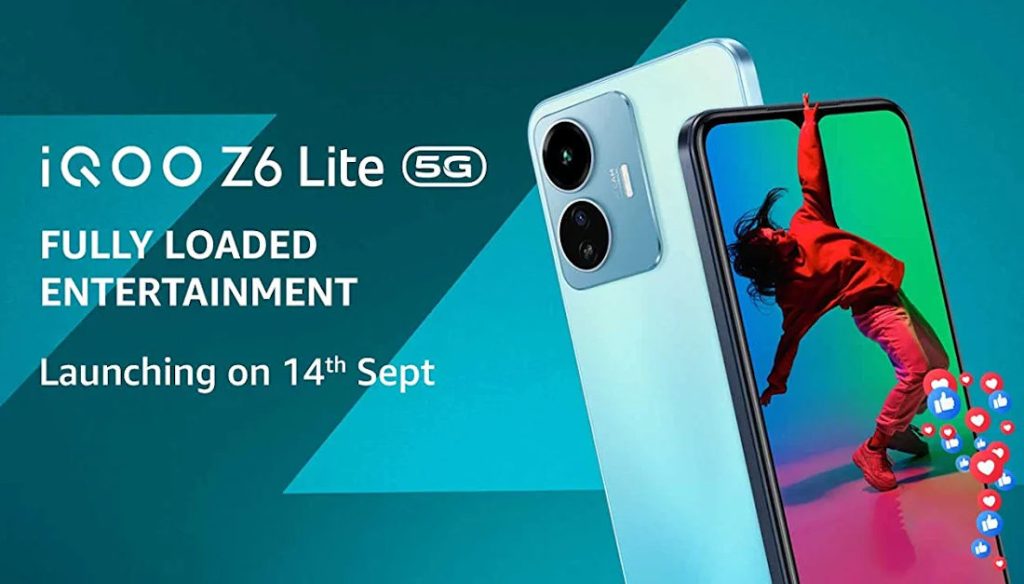 Update: iQOO has confirmed that the phone will be the first to be powered by Snapdragon 4 Gen 1 SoC. It promises 18.4% improved CPU performance and 6.9% better GPU performance compared to Snapdragon 480. It also shared 3.88 lakh AnTuTu score, better than Dimensity 700. 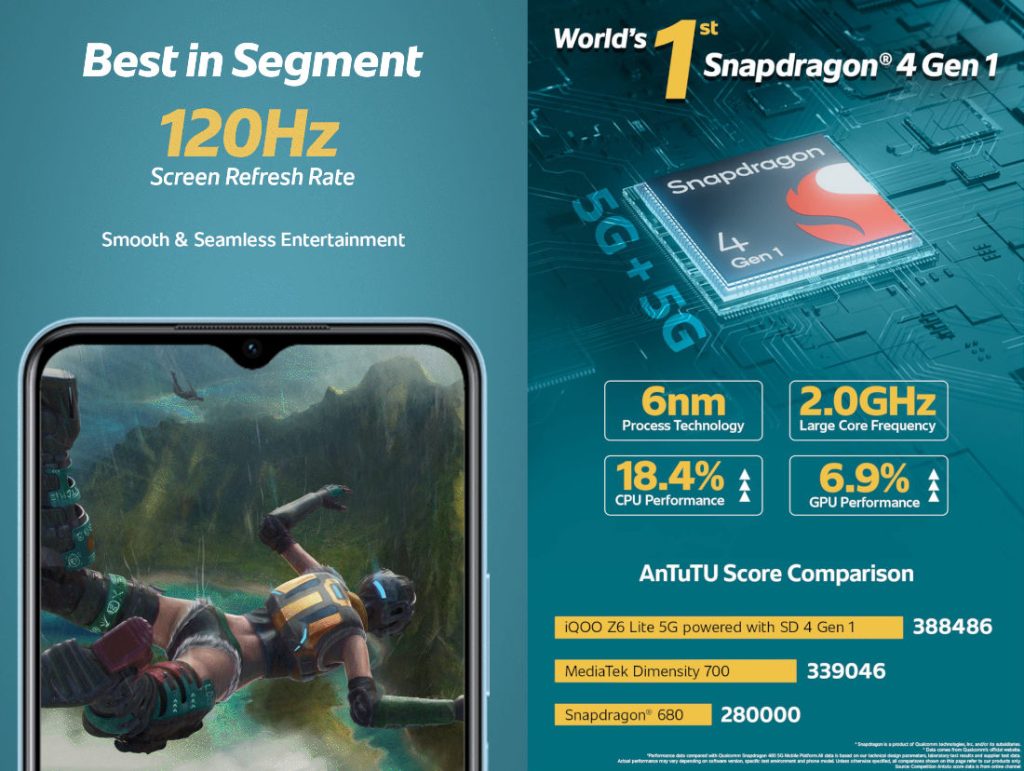 Earlier: iQOO has confirmed the launch of iQOO Z6 Lite 5G in India on September 14th. This will be a cheaper version of the iQOO Z6 5G, which was launched in the country earlier this year. The company has confirmed 120Hz screen for the phone, and the teaser image shows a notch. It also shows dual rear cameras for the phone.

The company has confirmed Snapdragon SoC. Based on rumours, the phone will be powered by a new Snapdragon 4 series 5G SoC with Adreno 610 GPU, pack a 50MP rear camera with a 2MP depth sensor, 8MP front camera and a 5000mAh battery with support for 18W fast charging.

The phone said to come with 4GB + 64GB and 6GB + 128GB versions, run Android 12 with FuntouchOS 12 on top, feature a side-mounted fingerprint scanner and should be priced under Rs. 15,000 in the country.

The iQOO Z6 Lite 5G will be sold on Amazon.in, in addition to iQOO.com. We should know more details in the coming days.