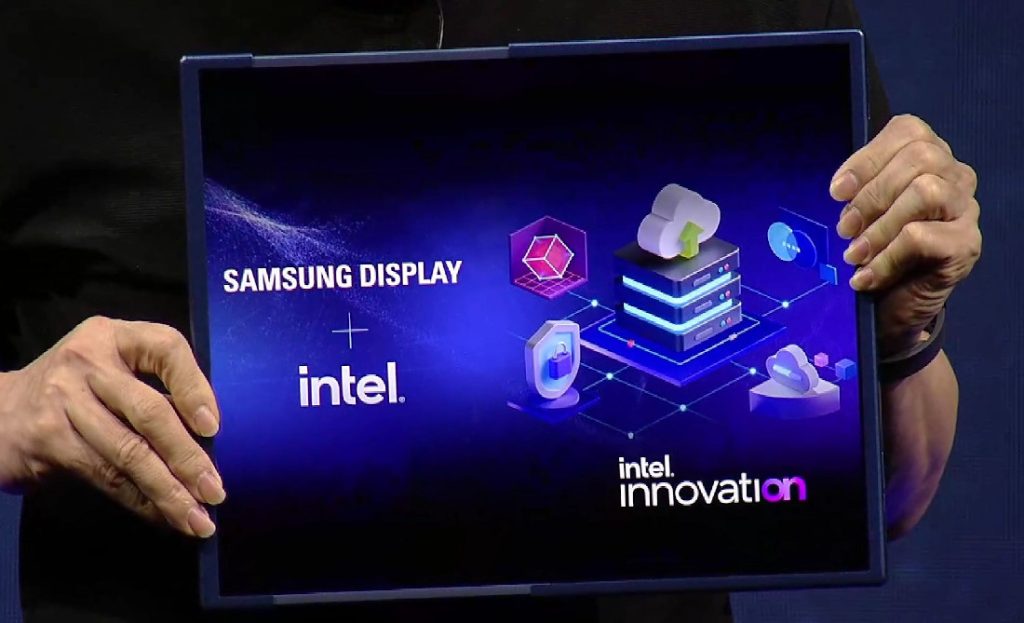 At the Intel Innovation Day event yesterday, Intel CEO, Pat Gelsinger called JS Choi, CEO of Samsung Display on to the stage who showed off a slidable display prototype for the PC. 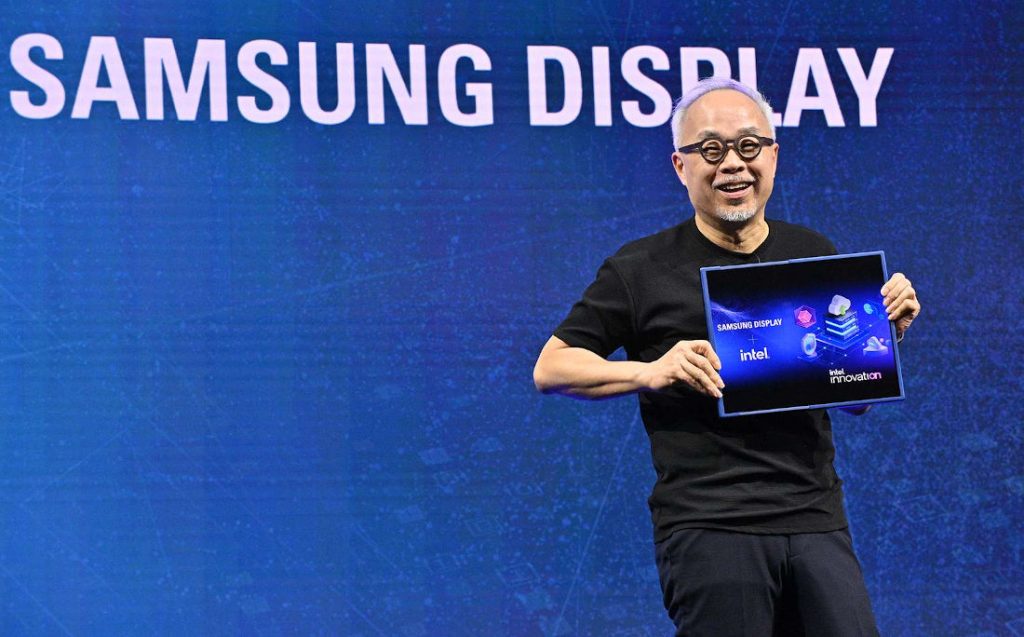 Wide Slidable and Vertical Slidable prototypes on a Samsung prototype smartphone were showcased at the SID 2022 in May, but this is the first time the company is showcasing the slidable tech on a large device like a laptop.

JS Choi said that the Intel CEO saw this prototype on a trip to South Korea and “instantly saw the potential,” and added that it’s a great example of “the future of the PC”.

We have seen foldable laptops from ASUS with the Zenbook 17 Fold OLED which will roll out soon. We still don’t have any details from Intel or Samsung Display when we can see this technology in the commercial devices.