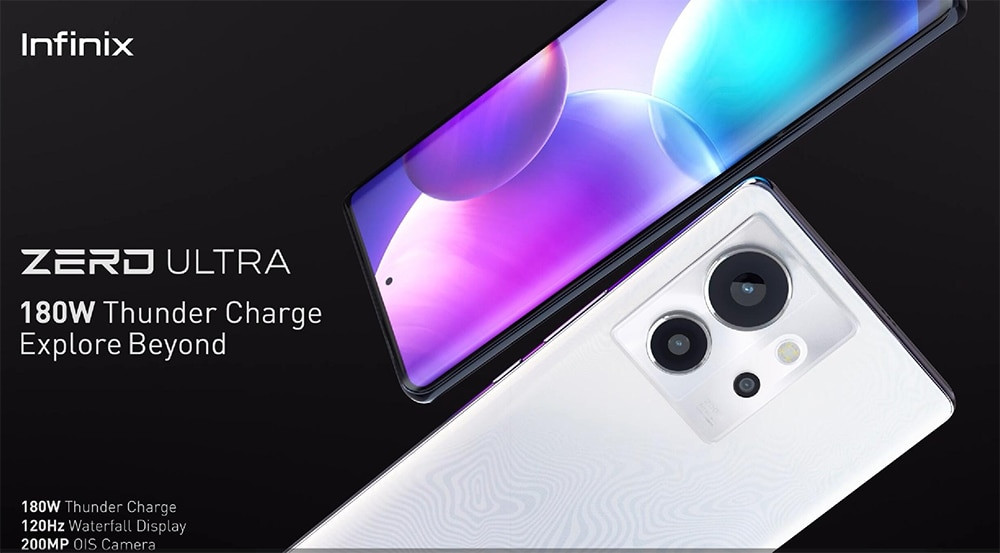 Infinix has confirmed the launch of ZERO ULTRA, the company’s next smartphone in the Zero series, globally on October 5th. The launch invite doesn’t reveal any details. The company said that it is once again working with Royal Museums Greenwich, and asks people to expect a whole new world of inspirational content.

It's with great pride and pleasure that we announce our renewal of our Corporate Partnership with @RMGreenwich for the launch of the new ZERO ULTRA. We can't wait to see what comes out of this one! 🔭#Infinix #InfinixZeroSeries #ExploreBeyond pic.twitter.com/53Fs7yvvgU

However, an online listing has confirmed that the phone will feature a 6.8″ FHD+ 120Hz OLED waterfall display that is curved, and will be the first Infinix phone with 200MP camera (f/1.97 aperture) and 180W fast charging that was introduced back in June.

At that time, the company said that it will charge a 4500mAh battery up to 50% capacity in just four minutes. The phone will be powered by Dimensity 920 with 8GB of RAM and 256GB storage, and the teaser shows triple rear cameras for the phone.

We should know more details including the price when the Infinix ZERO ULTRA goes official in a few days.