The primary reason for Smart TV market dominance is sales growth in online channels such as Flipkart, Amazon, and others, which contributed to 31% of total TV shipments with 30% YoY growth, along with major growth drivers such as newer launches from leading brands at affordable prices, as well as discounts and promotions. Additionally, the report also suggests that televisions falling under the INR 10,000-INR 20,000 price band captured over 40% share in the overall TV market. 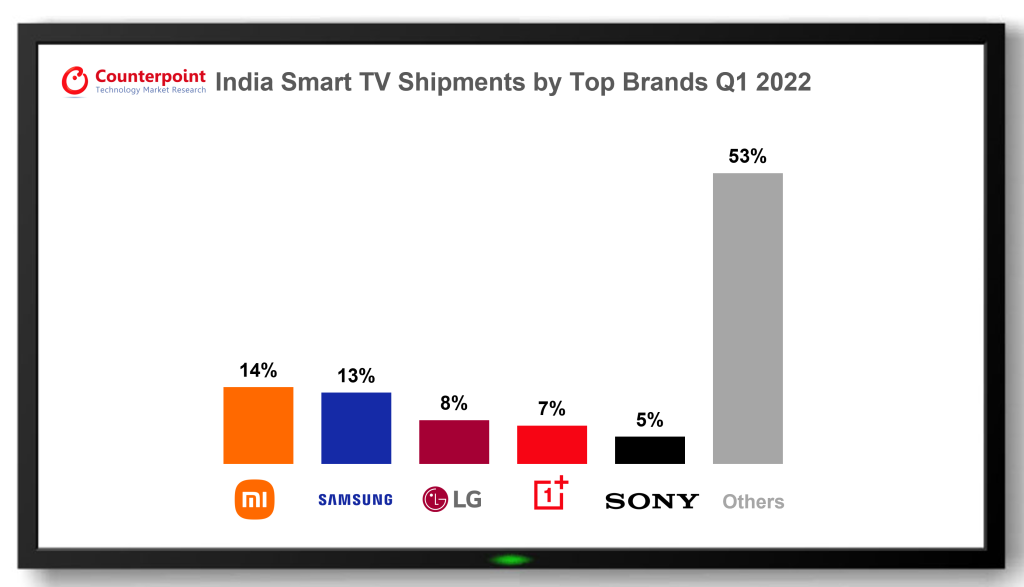 When it comes to market leaders and other television brands’ presence in the market in Q1 of 2022, Xiaomi led with a 14% market share. Thanks to the company’s Mi 4A series and Redmi series for driving more volumes, Samsung caught the second position with a 13% share, and it is said that Samsung’s Big TV Festival sales have contributed to the brand’s reaching this position. LG had an 8% share. Following LG was OnePlus, which had reached its highest ever share of 7% due to the good performance of its Y1 series, and Sony had a 5% market share.

Other television brands such as realme, TCL, BPL, Vu, Haier, etc., are slowly rising in the market. Among these, TCL had a shipment increase of around 58% YoY and realme became the most preferred smart TV brand in the INR 20,000 price range.