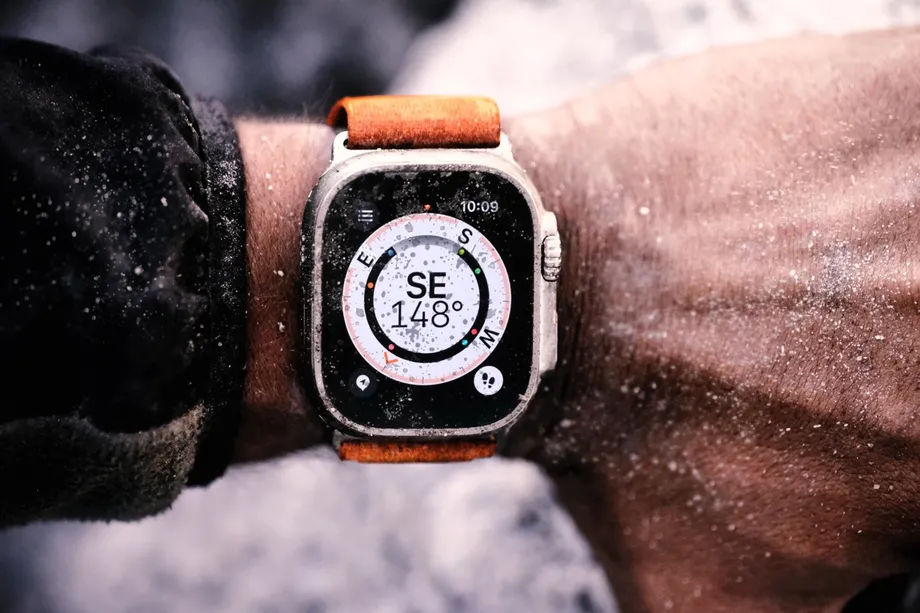 Counterpoint has published a global smartwatch shipment report for Q3 2022, claiming that the market has increased by 30% year-on-year despite inflation since the beginning of this year. The research also highlights the significant growth of the Indian smartwatch market, which attained 171% YoY growth to become the biggest smartwatch market in the world.

India’s market growth was mainly due to the festive season sales and the adoption of key features like Bluetooth calling and large displays at affordable price points. According to the report, the presence of the Bluetooth-calling feature alone contributed to 58% of total shipments. 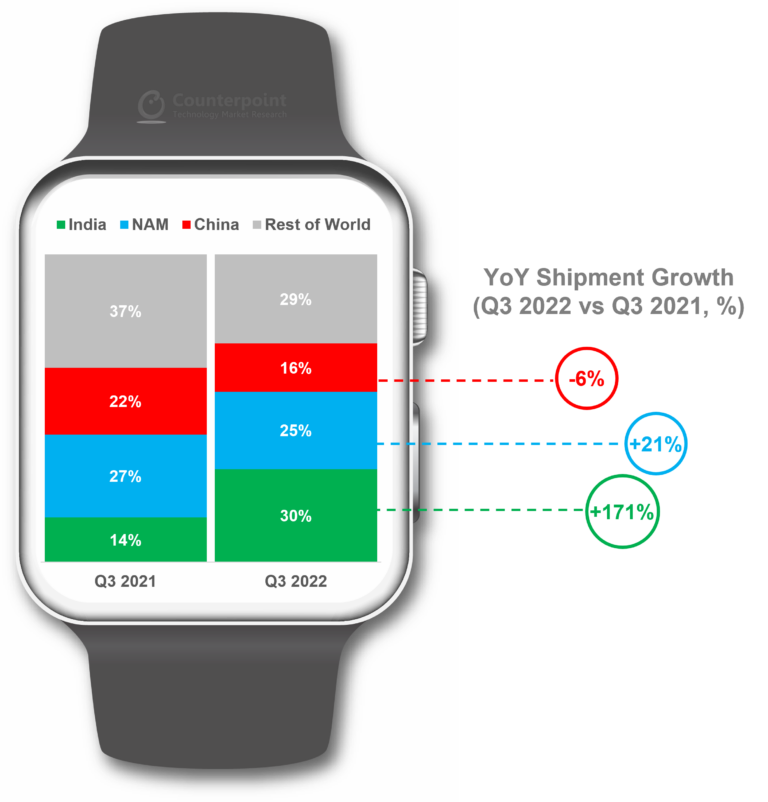 Counterpoint divides the global smartwatch market into HLOS (high-level OS) and basic smartwatches. HLOS refers to watches that run a high-level operating system, such as Apple’s Watch OS or Samsung’s Wear OS, and have the ability to install third-party apps. Basic smartwatches are watches that run a lighter version of an operating system and cannot install third-party apps. 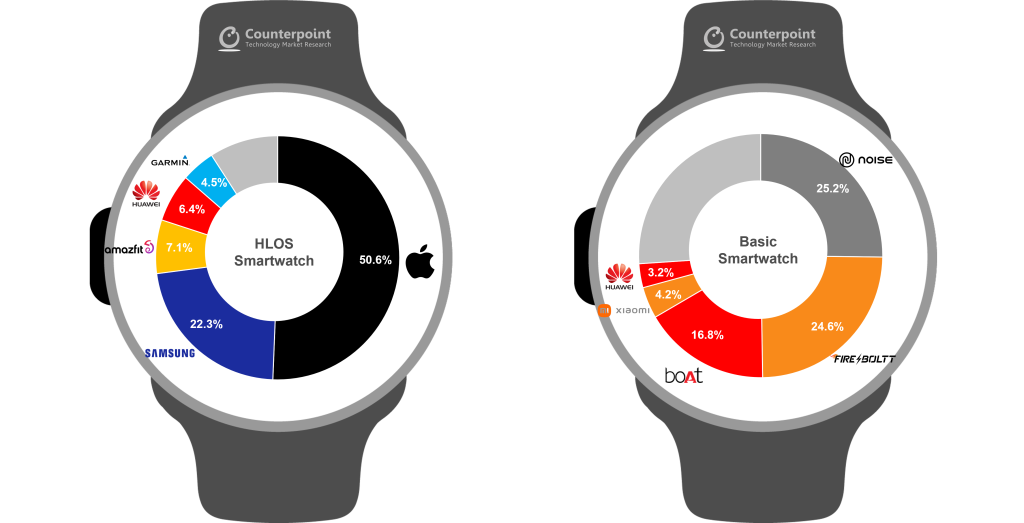 In the HLOS category, Apple, as usual, led the market with a 48 percent YoY increase, followed by Samsung, Amazfit, Huawei, Garmin, and others. Samsung grew by 62 percent QoQ, due mainly to the company’s Galaxy Watch 5 series. However, Samsung’s shipments only grew 6% YoY as it lost ground in India, falling below 3% share there.

Noise, Fire-Boltt, and boAt dominate basic smartwatch shipments, accounting for 25.2%, 24.6%, and 16.8% of total shipments, respectively. To illustrate, Noise grew 218% year-on-year to reclaim the top spot in the Indian market. It ranked third in the global market, followed by Apple and Samsung.

Fire-Boltt maintained its fourth place in the global market yet had a flat market share compared to the previous quarter. Also, boAt crossed the 2-million mark in shipments during Q3 2022.

Regarding the matter, Research Analyst Woojin Son at Counterpoint said,