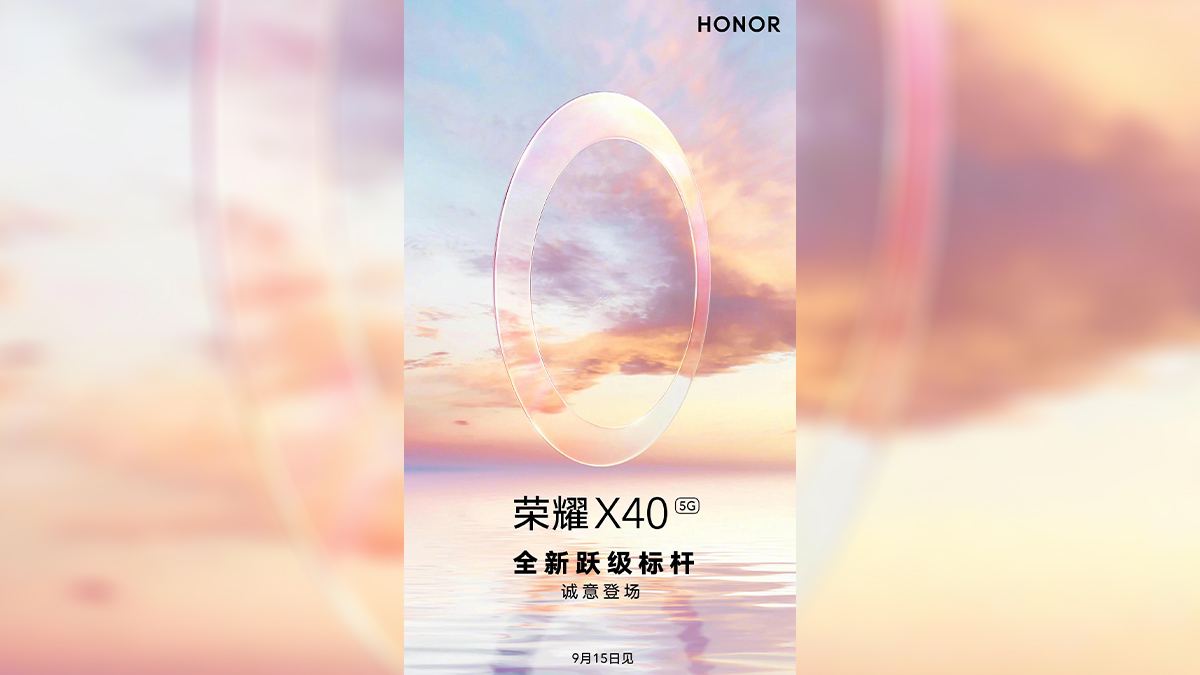 HONOR has been busy putting out new products in China. In keeping with that, the company is currently preparing to introduce the X-series smartphones of the latest iteration in China. With a teaser poster, the company said today that the HONOR X40 series of smartphones will be released in China on September 15. 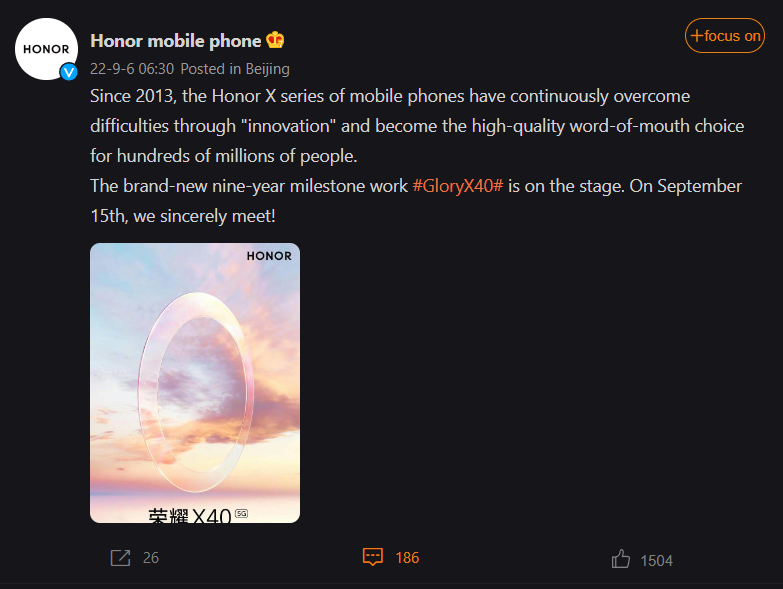 According to reports, the Honor X40’s key selling point will be its home-grown OLED flexible curved screen. Furthermore, it has been speculated that the HONOR X40 Max device will also be unveiled with a screen that is a standard LCD. Recent rumours have suggested that the X40 Max will have a dual-rear camera and 40W wired fast charging.

The HONOR X40’s lens module takes inspiration from the back star ring design seen on Huawei Mate Series phones. This design is highly sought-after because it is both functional and aesthetically pleasing. To recall, the HONOR X40i was also released earlier this year. The company has been tight-lipped about the product’s specs so far, but we may get a sneak glimpse at the teaser in the coming days.

The upcoming nine-year milestone of the Honor X series of mobile phones will definitely bring you an amazing feeling of “at your fingertips.”