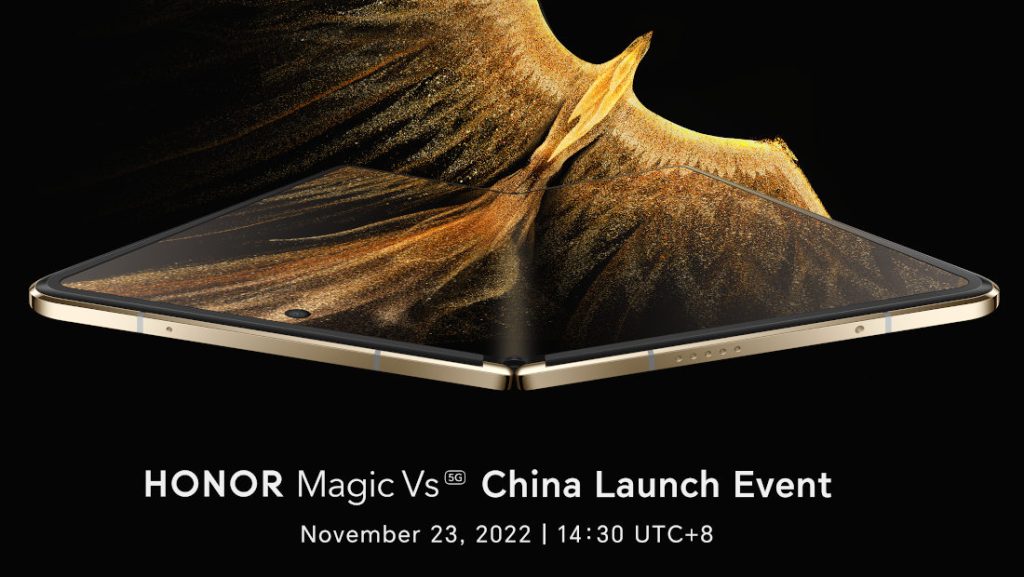 After confirming the launch of the flagship product, HONOR has unveiled more information about the the product ahead of the launch on November 23rd. As expected, it will be a new foldable smartphone, and the company is calling it HONOR Magic Vs.

The teaser image and the video that was posted on weibo in China reveals that it will still feature an inward folding design and is equipped with a golden middle frame, same as the Magic V that was introduced earlier this year.

Based on earlier rumours, the phone will pack a Qualcomm Snapdragon 8 + Gen 1 SoC, 5000mAh battery with 66W fast charge, and weigh 261g. From the leaked design sketch, it is clear that the HONOR Magic Vs will feature a rear lens module design with three overlapping camera part.

Only the HONOR Magic V2 that is expected early next year will get Snapdragon 8 Gen2 SoC, according to rumours from China. The company will also introduce the new generation MagicOS 7.0 at the event. We can also expect the HONOR 80 series at the event.