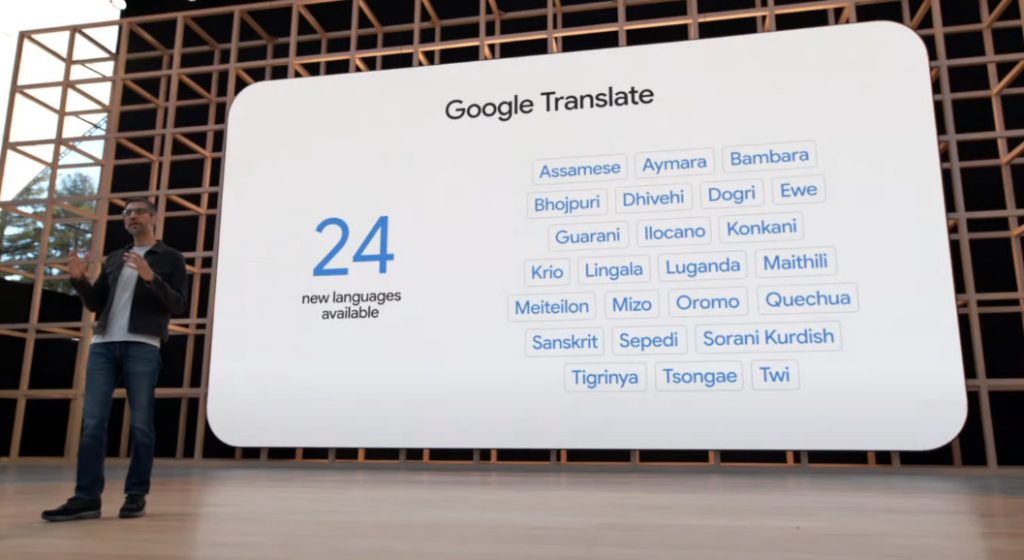 At the Google I/O, the company announced that it has added 24 languages to Google Translate, now supporting a total of 133 used around the globe. The company said that over 300 million people speak these newly added languages in India, Africa, Nepal and more.

It has also added Indigenous languages of the Americas (Quechua, Guarani and Aymara) and an English dialect (Sierra Leonean Krio) to translate for the first time.

Google said that these languages are added using Zero-Shot Machine Translation, where a machine learning model only sees monolingual text — meaning, it learns to translate into another language without ever seeing an example. So, this isn’t perfect, and it will keep improving the models to deliver the same experience used with other languages such as Spanish or German translation.